'One of the battles women always have to fight is to maintain visibility/validity. That's additionally true of the history of feminism. Spare Rib is a crucial archive of the stories of women and feminism that can nourish contemporary life and struggles.'  (Sheila Rowbotham, Hidden From History)

Here in the IP and Licensing team at the British Library we’re used to managing projects to digitise our collections, from our family history records to hundreds of thousands of Google Books, often working with commercial partners and publishing reams of content online relatively quickly.

Today we’re celebrating the successful completion of one of the most unusual and unique digitisation projects we have ever tackled: digitising the British Library’s complete archive of the landmark feminist magazine Spare Rib, which ran from 1972-1993 and for many women was the debating chamber of feminism in the UK.

Spare Rib magazine was not run like an ordinary magazine, with editors, shareholders and managers. Instead it was run as a collective; it eschewed hierarchical working practises which it saw as patriarchal and staff shared the work equally, including everything from copy typing and making the tea, to working on design and layout or interviewing high-profile contributors.

Under the copyright laws in 2013 when we started this project, all 4558 contributors to Spare Rib would have to be contacted and then all would need to grant us permission to digitise and publish their works online.

In October 2013, we met with former Spare Rib collective members to kick off a pilot project to explore whether we could overcome these challenges and digitise the magazines. 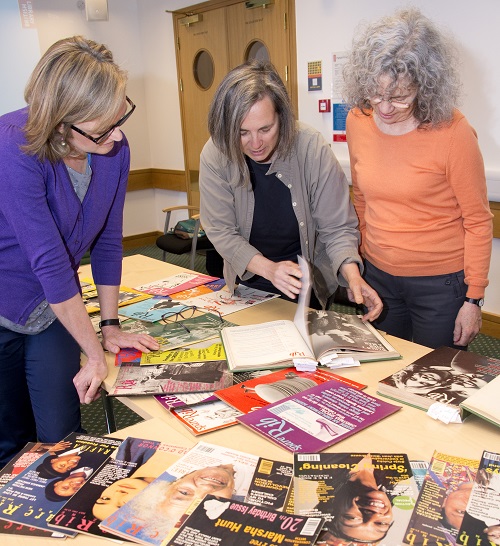 Owing to the large number of copyright holders (contributors) it was clear that rights clearance would be the biggest hurdle.

We decided to select a 20% sample of articles and illustrations from the first to the final issue of Spare Rib (239 editions between 1972 and 1993) as a means of establishing whether we’d be able to gain sufficient permissions from contributors to digitise the entire run.

We employed a rights clearance officer from the Sticks Research Agency to trace copyright holders. Her specialism is genealogy and she is extremely good at tracing people; their previous clients include ‘Who Do You Think You Are?’ and the National Archives.

There were 1361 contributors in this 20% sample alone, and we needed as much support and practical help as we could get to locate copyright holders. We asked former collective members and known contributors to send us any contact information about others who had worked on the magazine. We then circulated a spreadsheet with a list of contributors and ran a call for ex-Spare Ribbers to contact us on our Social Science blog and via features in the Guardian, and on Radio 4 Woman’s Hour.

From those contributors we did manage to contact over the pilot, we had a resoundingly positive response, but we soon realised the scale of the task would be overwhelming.

The men and women who worked on the magazine were scattered all over the globe, many had changed names or worked under professional names which are now hard to track.

Past contributors were asked to grant their permission for us to publish via an online form which included a project information sheet and further information on the licence.

In order to maximise the exposure and impact of the digitised Spare Rib as a resource, we asked contributors to agree for us to publish the magazine under a Creative Commons licence – in this instance a non-commercial licence which opens up the material to wide audiences, while protecting the copyright holder’s rights to be identified. People can also choose to allow their works to be used broadly in line with copyright law, simply allowing use for private study and non-commercial educational purposes.

One of my personal highlights was the day on which 15 former contributors came into the Library to record every single contributor in spreadsheets which would give us information on rights clearance, to validate metadata (the information about our collections which we use in our catalogues and also which flags how material may be used), and to improve the quality of the search engine which is used on the final site.

Our wonderful volunteers spent a full 5 days at the British Library in a basement room, unpaid, trawling through the issues and passing on contributor details where they had them. I never cease to be amazed by the amount of practical support and enthusiasm we’ve received from the former contributors and readers for this project. 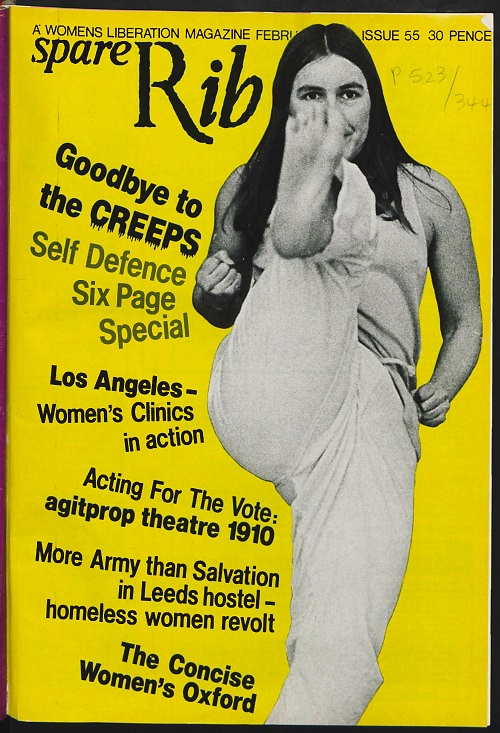 After the pilot, the leap forward

Thanks to this new law, we were able to digitise and make available the contributions by rights holders we’ve been unable to identify or conclusively locate, despite having done a diligent search. For those contributors we haven’t been able to conclusively locate, or remain unconfirmed, their works will be published under the Orphan Works regulations and may only be used in accordance with copyright law, unless a rights-holder does come forward to grant permission. Any content which falls in this category cannot be used freely. It may only be used in accordance with copyright law, under what is known as exceptions and limitation to copyright, the most relevant exceptions perhaps being private study or research for a non-commercial purpose.

For these contributions we will display a statement next to the item, for example: We have been unable to locate the copyright holder for this item. Please contact copyright@bl.uk with any information you have regarding this item.

Wherever possible we want researchers and users to access a faithful reproduction of the original Spare Rib magazines. However, should any contributor or a representative (such as their estate) object to their inclusion in the Spare Rib resource now, or at any point in the future, we are able to anonymise, make alterations or redact the material from both the British Library and the Jisc website.

Some of the efforts to identify contributors led us through numerous twists and turns.

Spare Rib aimed to be as inclusive as possible, and part of what makes it so rich and interesting is the variety and range of voices; since the beginning of this project I’ve spoken to a range of contributors to High Court judges, campaigners, their husbands, designers, psychotherapists and many more.

To illustrate the scale of the challenge we faced, here’s a worked-up example of how we attempted to contact one single contributor.

We used a variety of different sources depending on the type of contribution; for high profile literary contributors we used sources like the WATCH database, or checked if they were represented by an agent.

For visual artists we were in touch with course lecturers, agents, the Design and Artists Copyright Society (who have close links with the Association of Illustrators and Association of Photographers),  and we looked on websites such as Journalisted.com. We were also helped by promotion of the project via Twitter and posts on networks and blogs. Other sources included: the BT residential phonebook, social media sites (LinkedIn, Twitter, and Facebook) - sometimes these appear via a Google search but not always, so we searched for some contributors specifically within the sites themselves.

Additional research involved the National Register of Archives (some photographers' material has been donated to Libraries such as Michael Peto); we checked some of the more unusual names in the Probate Registry database where we didn't necessarily know they had deceased; finally, birth, marriage, and death indexes for England, Wales, Scotland and the US.

While we couldn’t go to these lengths with all of 4558 men and women who contributed to Spare Rib, we consulted at least three sources for those authors we could identify, in addition to the press work and call outs on feminist lists, and did everything within our power to track contributors down.

We still want to hear from former contributors, and are still looking for rightsholders, so if you are a Spare Rib contributor, or you know someone who was, then please ask them to get in touch with us at copyright@bl.uk

This has been a huge labour of love. We are enormously grateful to all the former contributors, collective members, volunteers, our hosting agent Jisc and the professional organisations such as ALCS, BAPLA and DACS for their ongoing practical support which has made this project happen.

Posted by Ben Sanderson at 9:41 AM