If books were bricks...

I’m very proud to say that I began working at the British Library two years ago this month. Of course, this is nothing compared to the achievements of colleagues who have given far greater and lengthier service to users than I have. Nor is it notable in the context of an institution that encompasses thoughts and ideas all the way from from 3000 year old Chinese oracle bones to today’s newspapers. But this aside, I took a moment last week to think about some of the things that have struck me the most over the past couple of years.

When I told people that I was going to start working for the British Library, they frequently asked “do they really have everything?” They tended to follow this up immediately with “do they have my PhD/ such and such highly obscure book?” We often say that if someone wanted to look at all the items in the British Library, then they would need 80 000 years to go through everything at a rate of five items per day.  It seemed to me that it was the simultaneous breadth and depth of possibility that was capturing people’s imagination. 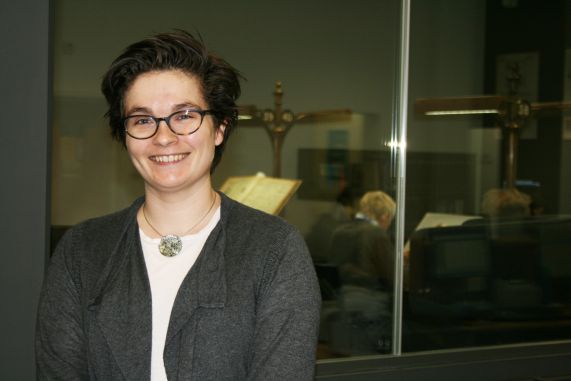 Once I began working here, I found that people felt the British Library was an endlessly fascinating (this is true) but also fairly complicated institution. With such a body of knowledge, diversity of users and so many different functions split across sites, how could it be anything but?

Sometimes I still have to pinch myself when I walk into work at the St Pancras building. Apparently it took more than 10 million bricks to build the site and since moving there in 1998, the Library has issued more than 20 million items to readers in both London and Boston Spa. If books were bricks, then the Library’s London site could have been built twice over since then- many more times if you count digital access too. That’s a lot of collection items, a lot of users and an awful lot of knowledge.

As Head of Strategy Development, it’s my job to think about all this. The British Library’s aim is to be the most open, creative and innovative institution of its kind by the time it reaches its fiftieth anniversary in 2023. When we published the Living Knowledge vision in January 2015, we introduced a simple framework of core Purposes that encompasses all the Library has, and everything it does: Custodianship, Research, Business, Culture, Learning and International. You can find out much more about how these guide our work and support our mission here.

We also took a conscious decision to publish our corporate values in the inside back cover of Living Knowledge. The first of these is to put the user at the heart of everything we do. This isn’t just something we value as an institution, it is what enables us to deliver social, economic and cultural value to individuals, the UK and wider world through those core Purposes. Everything we do is ultimately traceable back to this.

That commitment to supporting access to knowledge and culture is why I joined the British Library in the first place and why I am so proud to be helping to build it for the future.