In June the British Library hosted ‘An Evening with John Lydon’ which saw Lydon, aka The Sex Pistols’ Jonny Rotten, outspoken commentator and cultural figurehead, in conversation with BBC6 Music’s Stuart Maconie.

This was Lydon’s only live interview of 2016 and it consequently got us thinking about punks – and libraries. 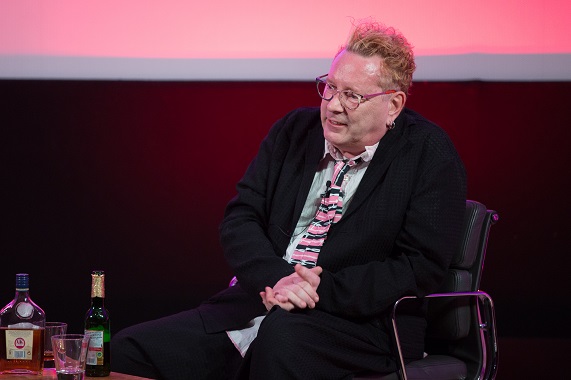 The British Library and counter-culture

'Punk is not dead – it’s living at the British Library' – Metro’s The HOT List.

Punk 1976-1978 is a free exhibition currently on show at the Library, celebrating the 40th anniversary of Punk as a phenomenon. The verdict of Metro hints at the Library’s own punk life-force: subversive or otherwise it is our duty to build, curate and preserve the UK’s national collection.

From Lydon to Lawrence to Leonardo we have over 150 million items in our collections and punk sounds, print and memorabilia rub shoulders with Leonardo’s notebooks, William Tyndale’s 1534 English translation New Testament and other radicals of their time. It is our job to make all of our cultural heritage and knowledge available to everyone for research or enjoyment.

“When I came out of hospital, reading and libraries saved me” - John Lydon

Through the form of a pan-UK network the British Library has recently been developing a cultural and learning partnership with 20 public libraries across the UK – the ‘Living Knowledge Network’. The Lydon interview was live streamed to Exeter and Middlesbrough public libraries who are two partners in the new Network. 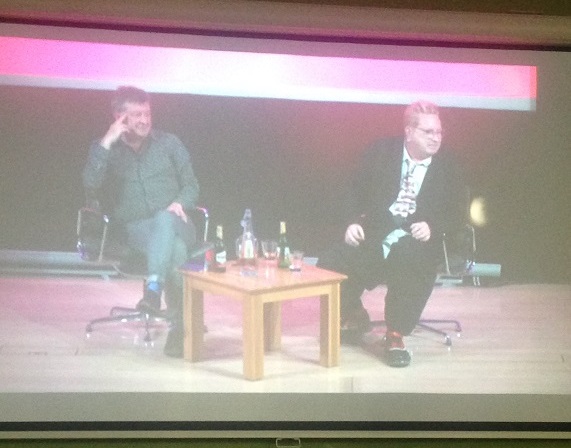 The live-screening of the Lydon event in action.

Over 100 punk rockers came to listen to the notorious Lydon being interviewed outside of London. Karen Leach-Bowdler Senior Supervisor-Development at Exeter Library said that ‘it was a very new audience for us which was great’. All the audience gave 100% positive feedback and all said that they would attend a British Library Live event again and would also recommend it. 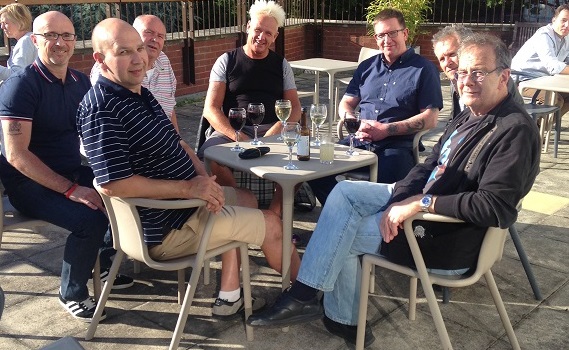 The audience at Exeter - including punks past and present.

The event was also a reminder of the empowering nature of public libraries, and their unique ability to provide access to knowledge to anyone who wants to learn. The get up and do-it-yourself message of punk (here are three chords, now form a band) resonates in public libraries. Advocates like Lydon remind us that public libraries are there for us all to enjoy and use.

Punk 1976-78 is part of punk London, a year of events, gigs, films, talks and exhibits celebrating 40 years of punk heritage and influence.

Lydon is fully aware of the resonance of anniversaries of course. On the holiday of Queen Elizabeth’s Silver Jubilee, 7 June 1977, the Sex Pistols attempted to play ‘God Save the Queen’ on The Queen Elizabeth boat on the Thames. They failed in this endeavour.

The British Library is currently 44 – but turns 50 in 2023 and we are looking ahead to that date. By that time we want to be the most open, creative, and innovative institution of its kind. As part of our journey to our 50th year we published Living Knowledge which sets out our aims and ambitions as an institutions and acts as a roadmap for our journey. In the words of our CEO, Roly Keating, ‘these are times of historic disruption in the whole global system of information and publication, and it seems right that the great knowledge institutions – with their historic remit to think and act with a view far into the future – should play a full part in shaping the changes that lie ahead.’

One way we hope to do achieve these goals by 2023 is through working in partnership, with public libraries and punks alike, to reach diverse audiences across the UK.