On the trail of the Essex Serpent 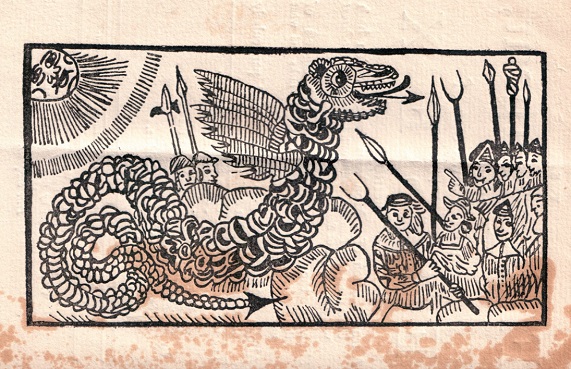 Novelist Sarah Perry describes her encounter with the original 1669 pamphlet that inspired her acclaimed novel, The Essex Serpent.

I received my first British Library Reader Pass in 2008, as I began a PhD in Creative Writing and the Gothic. Since I’d come prepared to argue my suitability for inclusion in one of the world’s most famous libraries, the ease with which I was awarded my card was faintly disappointing, though being fond of rules I was delighted to be forbidden the use of a pen, and instructed to leave my satchel in a locker. Over the next four years – during which that first precious pass was lost and replaced at least three times – I researched and wrote my thesis, always in more or less the same location (Hum 2, on the left and towards the back), and sat deploring my poverty of intellect before meeting my tutor for strong coffee. 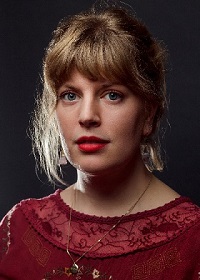 When my PhD was over, and I left London for Norfolk, I missed the Library so much that the sight of my Reader Pass always gave me a pang. I’d imagined making frequent visits to research my second novel, The Essex Serpent, but more than three years passed before I returned – in search of the beast himself.

I first heard of this mythical serpent courtesy of my husband, who’d been reading a little 1938 book called ‘Companion Into Essex’. The book includes an excerpt from a pamphlet printed at Clerkenwell in 1669, which relates the appearance of “a Monstrous Serpent”. The pamphlet goes on to show “the length, proportion, the bigness of the Serpent, the places where it commonly lurks and what means hath been used to kill it.”

I’m still uncertain why this pamphlet detonated my imagination in quite the way it did, but four years later I’d completed a novel in which the Essex Serpent returns to menace the 1890’s coastal village of Aldwinter. As I wrote, I relied on Google images of the original pamphlet, which is headed STRANGE NEWS OUT OF ESSEX and bears a wonderful wood-cut of a quite benevolent-looking animal being poked at with lances by men on horseback. Longing to see the original, I paid $1.95 to an American company to download a .pdf copy, but it was no good: I needed to feel the original pamphlet in my hands.

It was a long time before I thought to consult the British Library catalogues: perhaps I’d convinced myself that the entire business had only been in my imagination. But there it was, on my laptop screen in my Norwich study: The Flying Serpent, or, strange news out of Essex, being a true relation of a Serpent seen at Henham on the Mount, etc. London, [1669?]. 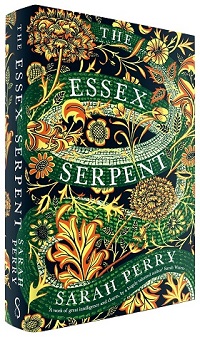 A few days later, having discovered that my fourth Reader Pass was also lost, I made my way back to the British Library. I recall feeling a little nervous, convinced up to the last moment that the pamphlet I’d pored over online for so long could not be real. It was impossible to keep my excitement from the librarian who withdrew the original item from the shelves. I subjected her to a breathless précis of the entire novel, only just managing to refrain from reciting the opening paragraphs. (She very kindly asked for my autograph. “Soon this will be worth literally ones of pounds!” I said.)

The pamphlet was kept inside a hard binding to protect it. When I opened the covers, there was the vanillin scent of old paper. And there he was, just as I’d seen him in the dead of night on my computer screen, or printed out on a reused sheet of paper: the Strange News, the Essex Serpent, with his owl-like eyes and his dear little wings and his slightly gormless smile. Not a bit like the near-invisible malevolent presence that saturates my novel, but as familiar to me as an old pet. I sat with it a long while, reading again that wry opening, imagining a laconic Essex farmer reading it out: “Guests, fish and news go stale in three days’ time, and nothing delights an Englishman’s fancy so much as new novelties…”

I am prone to sentimentality, and had to wipe away a tear or two: it felt, I think, as if I’d come to the end of a long journey. When I handed it back to the librarian I wondered if I’d ever return to see it again – and I doubt it, but sometimes wonder if in future years my readers will visit him instead.

Posted by Ben Sanderson at 7:00 AM