Exploring Treasures of the British Library on TV

The first episode of Treasures of the British Library (Sky Arts, 21.00 Tuesdays) aired this week, providing a unique behind-the-scenes insight into the collections we look after and the expertise of our curators. Although we have featured in TV documentaries before, this is the first time that the Library has been centre-stage in every single episode of a six-part series, with dozens of collection items featured in detail. 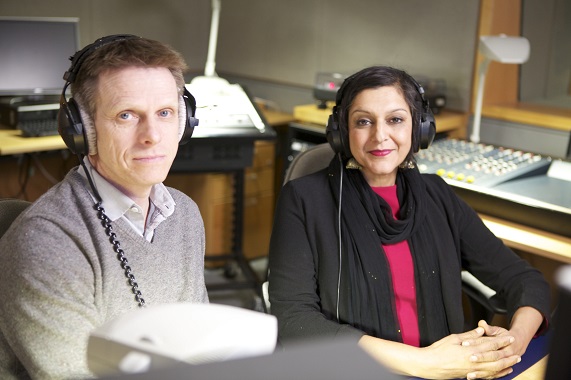 Each episode features a well-known celebrity, exploring areas of personal and professional interest represented in the more than 150 million items held by the Library – from well-loved items such as Leonardo Da Vinci drawings, Jane Austen’s writing desk and Beethoven’s Pastoral Symphony sketchbook, to the Library’s lesser known treasures including photographs, sound recordings and banknotes. 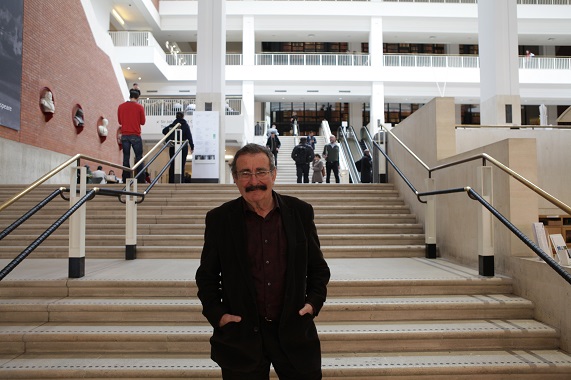 Nutshell Television, who produced the series, had unprecedented access to the Library and during the course of the production the Press Office spoke to 150 colleagues across the organisation – about 10% of the Library’s staff!  We also reveal some of the more rarely-seen spaces of the British Library’s sites, from the National Newspaper Building in Boston Spa, West Yorkshire, to our manuscript digitisation studios in St Pancras.

At the end of each episode the celebrities are invited to donate an item of national and historic importance, which will be added to the Library’s collections. Benjamin Zephaniah’s donation, a rare handwritten fair copy of his poem What Stephen Lawrence Taught Us, will be on display in the Sir John Ritblat Gallery: Treasures of the British Library, alongside other contemporary works of literature such as Angela Carter’s manuscript of The Passion of the New Eve, for the duration of the series.

While logistically very challenging, the series was a tremendous pleasure to work on, not least because of the opportunity to see a host of original items up close, and to hear curatorial colleagues sharing their expertise and insights. It’s worth seeing the reactions on some of the celebrities’ faces when they are introduced to original items – their expressions of awe and wonder are very moving, and it’s clear they too enjoyed exploring our collections in depth.

One of the stand-out moments from filming for me was seeing Meera Syal moved to tears after being shown a letter written by her literary heroine, Jane Austen, not long before she passed away. There was a sombre mood in the room after the cameras were cut because everyone realised just how much manuscripts can give you an insight into a person, no matter the differing circumstances or how much time has passed. 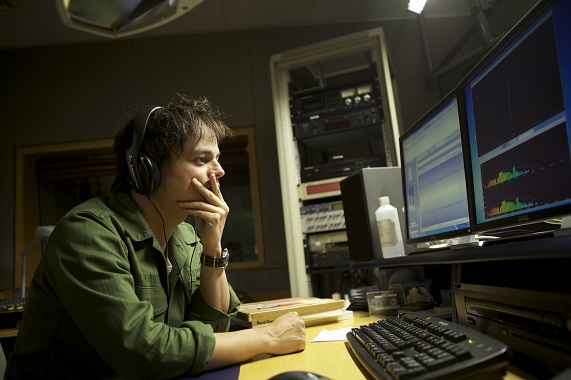 I’d like to take the opportunity to thank everyone at the Library involved in making the programme, as well as the teams at Sky Arts and Nutshell TV for making it happen. Try to catch it if you can: next to our free Treasures Gallery, it’s the closest thing you’ll get to having your own personal tour of the British Library’s greatest treasures!

Treasures of the British Library will be broadcast on Sky Arts at 21.00 on Tuesdays through October and November, with episodes subsequently available via catch-up, depending on your digital package.

Posted by Ben Sanderson at 7:05 AM