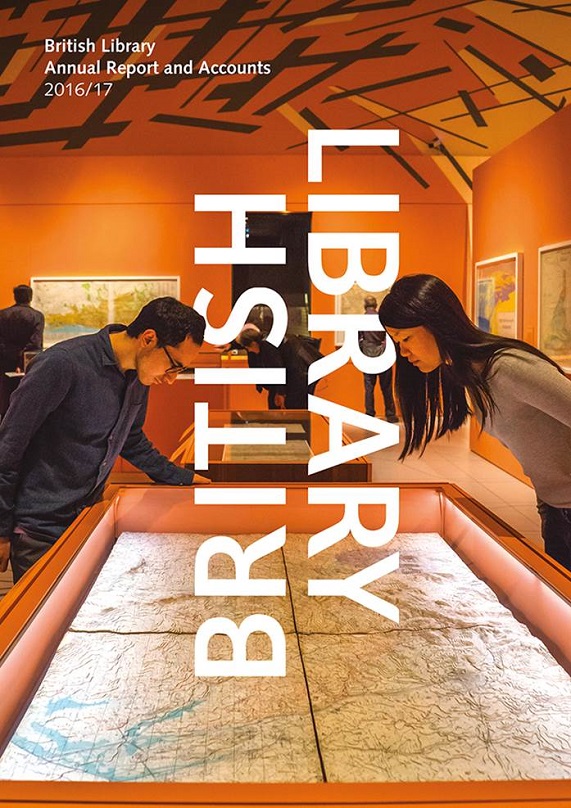 Did you know that the British Library last year collected more than 70 terabytes of UK web domain content? Or that we opened Business & IP Centres in Exeter and Northampton, with two further pilots launching in Norwich and Hull?

These and a wealth of other facts and figures can be found in the Library’s 2016-17 Annual Report, which has just been published online, having been laid to Parliament shortly before recess. The Report includes a wealth of detail across the six Living Knowledge purposes that define our activity: Custodianship, Research, Learning, Culture, International and Business.

As well as a narrative account of the year’s achievements, the report includes full details of how we have delivered against Key Performance Indicators such as satisfaction levels with our Reading Rooms and exhibitions and user numbers for our online resources.

Highlights from the past year included:

In their introduction, Chairman Baroness Blackstone and Chief Executive Roly Keating expressed their pride in what they described as “an exceptional year for advancing the Library’s international purpose, working with partners around the world to advance knowledge and mutual understanding.”

The Report is illustrated throughout with vivid photography of collection items, events and exhibitions, along with the vital facts and figure of the Library’s financial operations in the clearly laid-out Accounts section. Whether you wish to explore in depth or prefer a swift flick through, the Annual Report and Accounts offers an unparalleled picture of the breadth and diversity of British Library’s activities and ambitions. Explore it here.

Posted by Ben Sanderson at 9:06 AM