All to play for: games, libraries and sharing skills 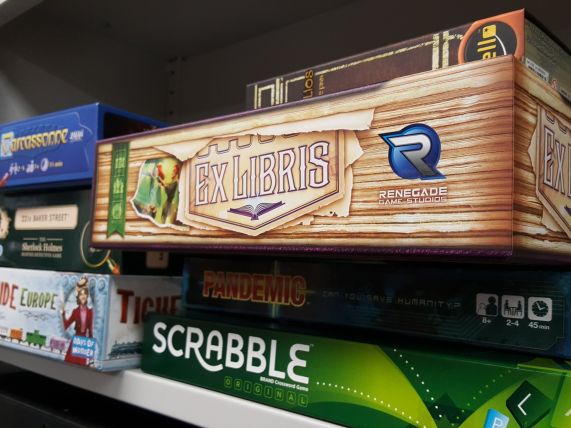 The Living Knowledge Network (LKN) regularly organises skills sharing days for members of partners in the network, and recently hosted a fun packed skills sharing day on the topic of games and playfulness in libraries, which took place on 9 November 2017 at Leeds Central Library.

Games in libraries is one of my interests and I’m always keen to encourage other professionals who run playful initiatives and events in their libraries. So when Ella Snell, the Living Knowledge Network Project Manager, invited me to plan a skills sharing day with the network, games were at the forefront of my mind.  Over the last five years I’ve collaborated with a number of organisations including:

I’ve also worked with Gary Green, Sarah Cole and Darren Edwards to encourage UK libraries to actively participate in International Games Week. This is a global games in libraries initiative coordinated by The Games and Gaming Round Table of the American Libraries Association. To support and inspire UK librarians (we welcome museum and archive professionals too) Sarah Cole set up GLAMs and Games Google Group and we held a game themed library camp at the British Library in August 2017.

At the LKN skills sharing day we focussed on interactive fiction games initiatives in the morning, starting with a presentation by Callum Mulligan who talked about the amazing Storysmash project in Nottingham, where Nottingham City Council’s Libraries Service are working with The National Videogame Foundation, the University of Nottingham and Nottingham UNESCO City of Literature to improve literacy and digital skills of young people living in the city.  This was followed by a session led by Gary Green, the Digital Services Lead from Surrey Libraries, and myself, where we gave an overview of our gaming projects and showed the group a number of interactive fiction tools and platforms, which they could use for free, including a demo of Twine, which is a popular open-source tool for telling interactive, nonlinear stories.

In the afternoon Liz Cable, a Senior Lecturer on Digital Narratives, Social Media and the Sharing Economy at Leeds Trinity University, gave a wonderful hands-on session about using library resources and collections to make puzzle games. I had previously met Liz at the MIX DIGITAL conference in 2015, where she introduced me to my first escape the room game. Liz is a pioneer of using games for education and I was keen to invite her to speak at this event, so it was a brilliant coincidence that Rose Gibson, the Leeds Central Library Manager, also suggested Liz, as she knew her from booking her to teach social media marketing sessions at The Business and IP Centre Leeds. 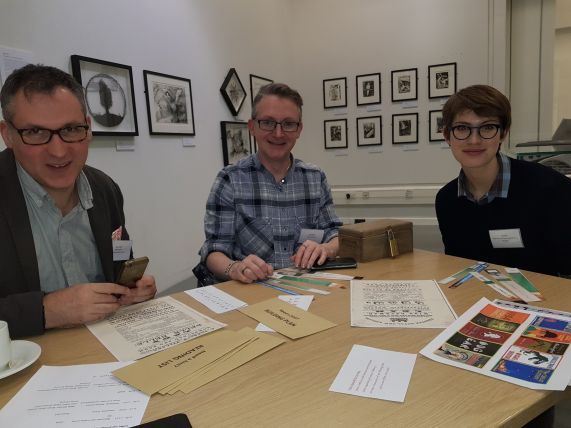 The afternoon session started with a puzzle box game, which I was pleased to see contained facsimile playbills being used in a playful way. My colleagues have recently launched a playbills crowdsourcing project “In the Spotlight”, so this was a very topical selection! Then once each team had successfully cracked the code to open their box (and get to a packet of sweets), Liz led a session, where we looked at methods for using different types of library material to make new puzzles.

I was very sad when the day came to an end, but I was chuffed to read positive feedback from attendees, who said ‘after arriving with very little knowledge, I feel I am leaving bursting with ideas’ and ‘these skills are the future for libraries’. Fortunately there is no need for me to feel sad for too long, as there is another LKN Digital Skills Sharing Day to look forward to, on 1 March at the Millennium Library in Norwich, on the topic of digital sustainability. Also, while I was away in Leeds, a parcel had been delivered with a new game: Ex Libris by Renegade Game Studios (see lead image, photo © Ben O’Steen), where the players are collectors of rare and valuable books; I can’t wait to play this back at the British Library!

Posted by Ben Sanderson at 4:17 PM