A year of reading the Russian Revolution 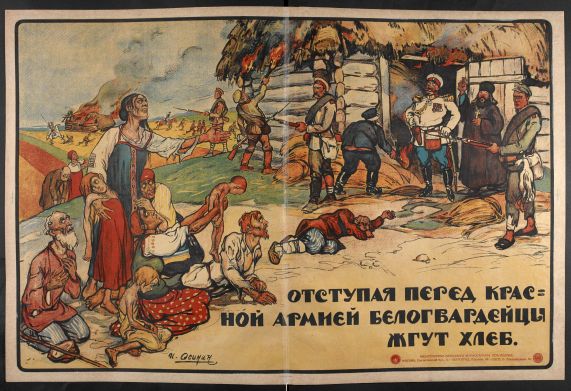 “To live your life is not as simple as to cross a field” – the Russian proverb incorporated by Yury Zhivago into one of his poems is perhaps the greatest understatement of the twentieth century. Not only in relation to the novel to which he gives his name – famously epic in scope and vision – but also to the theme of the Russian Revolution, one of the most monumental events in world history and, given the scale of mayhem and human tragedy it unleashed, pretty much as far from a walk in the park as it’s possible to get.

The Library marked the events of 1917 earlier this year with a major exhibition, Russian Revolution: Hope, Tragedy, Myths, which ran from April to August and told the story of the Revolution and its aftermath through a vast range of original documents, posters, photographs and objects. From Lenin’s own letter applying for a reader’s ticket for the British Museum Library to a dazzling selection of Red and White Russian propaganda posters, the exhibition brought the period to vivid life, highlighting the complexity of the forces at work. 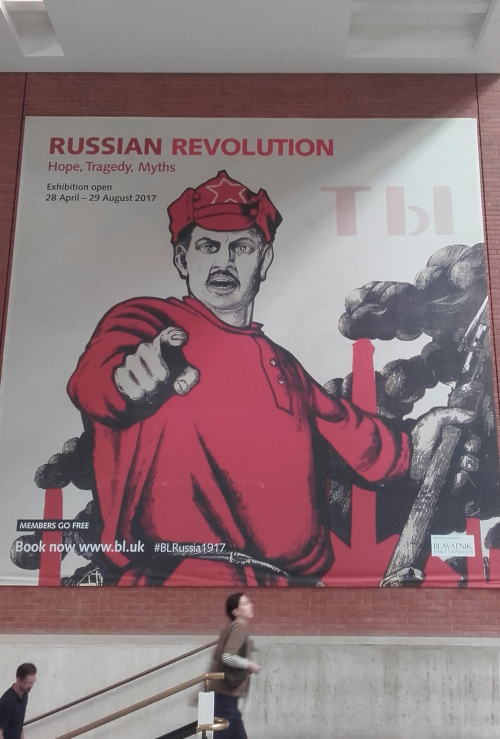 The great pleasure of working in the Library’s press office is coming into contact with curators who are often leading experts in their field, usually at a point when they have spent years researching and pulling together the themes, star items and governing narrative of their exhibition. Katya Rogatchevskaia and Susan Reed curated the Russian Revolution exhibition with expertise, insight and passion, and the critical acclaim and box office success the exhibition enjoyed were well deserved.

From a press officer’s perspective, the downside of the role is the almost countless opportunities – in the face of such expertise – to feel like a bear of very little brain. Winging it on the basis half-remembered A-level revision notes is not really an option, so a certain amount of reading around the subject is essential if you’re to get a sense of the story angles that might get journalists interested.

My homework began a year ago with an anniversary screening at the Prince Charles Cinema in Leicester Square of Warren Beatty’s Reds (1981), a spectacular, if uneven, account of the life, work and love affairs of John Reed, radical American author of Ten Days That Shook the World (1919), one of the earliest and most breathless journalistic accounts of the Revolution. While the main love story, between Beatty’s Reed and fellow journalist Louise Bryant (played by Diane Keaton) is a little on the soapy side, the supporting cast is excellent – especially Maureen Stapledon as regretful anarchist Emma Goldman, Jack Nicholson as Eugene O’Neill and Jerzy Kosinsky’s Zinoviev. 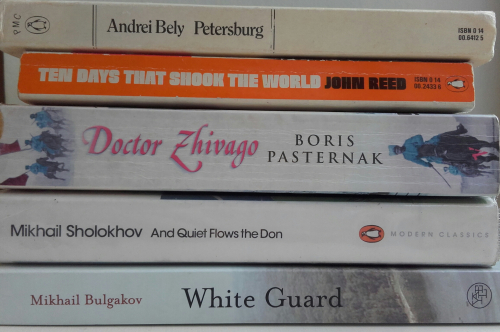 Reading Ten Days subsequently, the things Beatty captured most effectively about Reed were his passion for revolutionary socialism and his desperation to be at the centre of things. Of Petrograd in 1917 he captures the perpetual fug of cigarette smoke in the Smolny Institute and the roaring, riotous process of how propositions were debated, argued down or passed, with the resulting blizzard of proclamations making their way out into the city in newspapers, handbills, posters and pamphlets. As a piece of instant history the book stands alongside Homage to Catalonia; it was a huge bestseller upon publication and made its author a millionaire.

For the wider context of that (all too) brief moment of hope and possibility I turned to Orlando Figes’ 1997 doorstopper A People’s Tragedy, which traces the causes and consequences of the Revolution from 1891 to 1924. Figes tells the story through a cast of key individuals – from Tsarist warrior turned defender of the Revolution General Brusilov to peasant activist Sergei Semenov. It’s a bold and effective technique, tying continent-wide cataclysm to individual experience, ensuring that the bigger political picture – particularly the evolution of the Terror and the brutal progress of the Civil War – remains comprehensible at a human level. This colossal book is best tackled at full-tilt, ideally over the Christmas holidays, when you can immerse yourself in it for hours on end.

The opening section of A People’s Tragedy highlights the instability of the Russia of Nicholas II, balanced as it was upon the rotting pillars of the Tsarist bureaucracy, the army and the church. A wayward and brilliant account of just how far and wide that rot had spread is Andrei Bely’s novel Petersburg, which is set in the revolutionary false dawn of 1905 but which was actually published on the very eve of Revolution in 1916. The city it depicts is a dazzling imperial capital that has started to collapse from within, and the action unfolds over the length of time it takes a primed bomb (which, like the city, is one of the main characters) to explode. The surrealism of the approach suits the subject matter: the movements back and forth across the city of an aristocratic Tsarist official and his dilettante son, with both of them moving ever closer to the bomb ticking at the foundations of their world.

“Petersburg streets possess one indisputable quality:” writes Bely, “they transform passersby into shadows.” This seems to have been the case since Gogol’s Overcoat and the hallucinatory qualities of Petersburg transform it from a Modernist urban novel (prefiguring Ulysses in a variety of ways) into something even stranger and harder to shake off: a city-wide premonition of impending catastrophe. 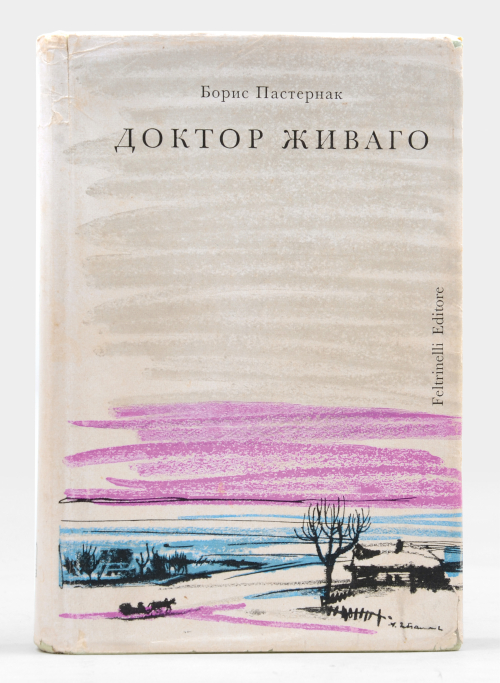 The view from Moscow is depicted in thrilling detail in Doctor Zhivago (1958). I’d watched the film many times and, upon finally reading the book, was delighted to find how faithful Robert Bolt’s screenplay was to its source. Indelible scenes such as Lara shooting Komarovsky, the train journey from Moscow to Yuryatin and the final scene of Zhivago on the tram are lifted straight off the page. The film does however shy away from the sheer savagery of the civil war, which the book captures in graphic detail – especially a harrowing sequence depicting the consequences of a failed mutiny among Red partisans in the taiga.

If Zhivago has a limitation, it’s that the largely bourgeois characters experience the Revolution as something done to them – they seem almost bystanders at the scene of their own tragedy (except for the loathsome Komarovsky, who seizes the opportunity to fill his boots). This lack of agency is a luxury not afforded to the cast of Mikhail Bulgakov’s White Guard, which illuminates how the Civil War crashed in successive waves across Ukraine.

Apparently semi-autobiographical, White Guard depicts the cataclysm as it affects the Turbins, a family fighting on the White side of the conflict. Confusingly, the invading force at the gates of Kyiv isn’t the Red Army, but that of Ukrainian nationalist Symon Vasylevych Petlyura. Bulgakov later wrote that between 1918 and 1923 Kyivans suffered 18 coups – 14 of which he could confirm and ten of which he experienced for himself. White Guard conveys this atmosphere of dread and chaos with extraordinary immediacy.

What Kyiv undergoes is not merely defeat – as with, say, Paris in Sartre’s Iron in the Soul – but an absolute rout. In this situation the White troops don’t simply surrender – they flee, urged by their officers to tear off their epaulettes, discard their weapons and destroy all identifying documents. The recurring motif is Judgement Day and the apocalyptic mood is fully justified by the scale of the trauma. In a matter of hours, the Turbins go from fighting for their way of life to fighting for life itself.

Amazingly, given its sympathetic depiction of a White family and a doomed class, the novel was repurposed by Bulgakov into a stage play which enjoyed huge success from 1926 to 1941 as The Days of the Turbins. It was one of Stalin’s favourite plays. 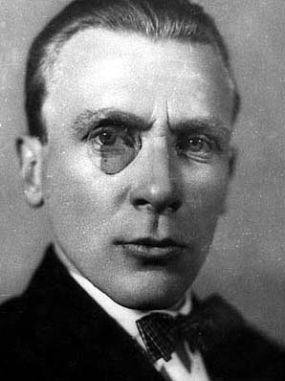 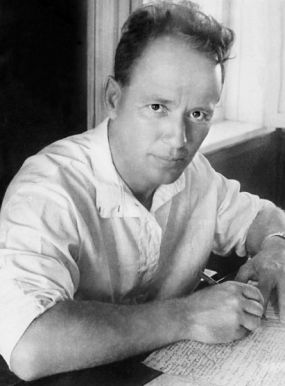 Having read a succession of novels I turned next to Robert Service’s 2000 biography of Lenin. Drawing especially upon a wealth of correspondence that became suddenly available in Russian archives after the collapse of the Soviet Union, it paints a complex portrait of the Bolshevik leader, his pre-Revolution wanderings round Europe – including an extended stay in Bloomsbury – and his ruthless seizure of power, first of the in-exile Russian Social-Democrat Labour Party, and subsequently of the Russian state itself.

Considering how much of it focuses on power-political manoeuvrings (there are an awful lot of committees in the history of the Russian Revolution) it’s a surprisingly exciting and exotic read. Although Lenin is hugely dislikeable, even repellent, in his monomania and indifference to human suffering, his sheer dynamism and cunning are queasily impressive. As an object lesson in how to manipulate organisational structures so as to concentrate power around oneself, it’s something of a wonder that his life hasn’t inspired a best-seller on how to get ahead in big business. 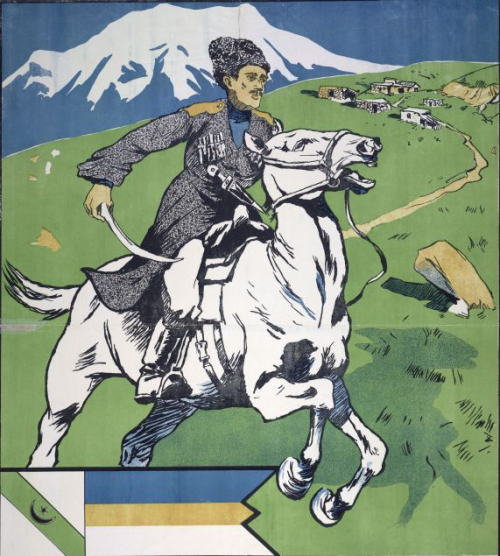 Returning to fiction, the final book I read was Mikhail Sholokhov’s vast novel of life and war among the Cossacks, And Quiet Flows the Don. It follows a rural family, the Melekhovs, and their wider community – from the workers at the local mill to the nearby aristocratic landlord – as they pass from peace, through war and revolution, to civil war. Tolstoyan in scope, it portrays both the Red and White perspectives, and all levels of society. The brutality of rural life is rendered unsparingly, from the horse-trading involved in marriage alliances between Cossack families to the gruelling scenes of domestic violence. Once the nation goes to war, the Cossacks’ status as a warrior caste means that the young men of entire villages saddle up and ride off in defence of Tsar and country, plunging headlong into the maelstrom of violence and waste that was the Russian experience of the conflict.

It’s by some way the most shattering book I read on the period, completely immersive in its depictions of battle and revolution, but also capturing the love, pity and terror experienced by individuals caught up in events far beyond their comprehension. Although it doesn’t entirely hang together towards the end – with many loose ends left unresolved – Sholokhov’s refusal of a pat conclusion is perhaps appropriate, ending not with glory or tragedy, but the fearful squalor of a botched summary execution.

Head of Press and Communications

You can explore a range of expert articles and collection items relating to the Russian Revolution at the British Library website.

I am grateful to Olga Kerziouk for her additional recommendation on Bulgakov's Kyiv and the Ukrainian Revolution:

Posted by Ben Sanderson at 2:05 PM