UK Research and Innovation launched at the British Library 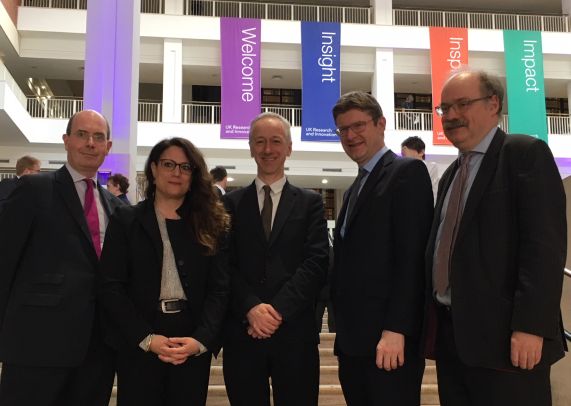 ‘Here at the British Library, we believe research and innovation are vital, not only for the health of economy, but for the life of everyone in society. It is a thought that this very building is shaped around’ – these were the Library’s Chief Executive Roly Keating’s opening words as he welcomed colleagues, Government Ministers and numerous guests to the launch of UK Research and Innovation (UKRI), a new UK public body bringing together seven research councils, Research England and Innovate UK.

Short speeches from Sir John Kingman, Chair of UKRI, and Sir Mark Walport, Chief Executive of UKRI, marked the start of this new public body, charged by the Government with an ambition for the UK to become the most innovative country in the world, and ensure that new ideas and technologies address the complex challenges facing our society. 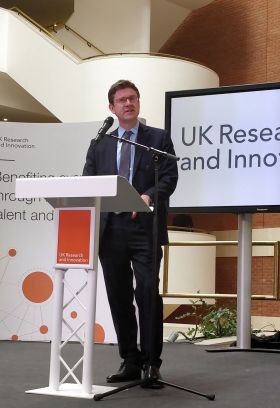 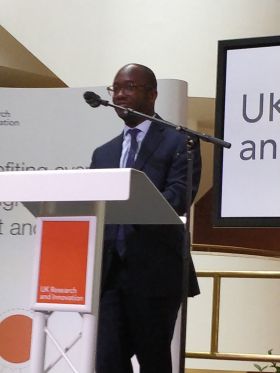 The Right Hon Greg Clark MP, Secretary of State for Business, Energy and Industrial Strategy, confirmed the Government’s support, including a commitment to increase the UK’s investment in research and development to 2.4% of GDP by 2027, raising it in the future to 3%. Minister of State for Universities, Science, Research and Innovation, Sam Gyimah MP, further stressed the high expectations that UKRI will underpin the UK’s ambition to become a global hub of high-tech, research-led businesses.

The speeches were rounded off by Professor Jennifer Rubin, Executive Chair of the Economic and Social Research Council (ESRC), who expanded UKRI’s objectives to understand not only technologies, but human behaviours and social context behind current global challenges. She also stressed importance of developing better research skills on all levels, enabling use of new types of data, encouraging creativity, as well as much greater diversity across the research ecosystem. 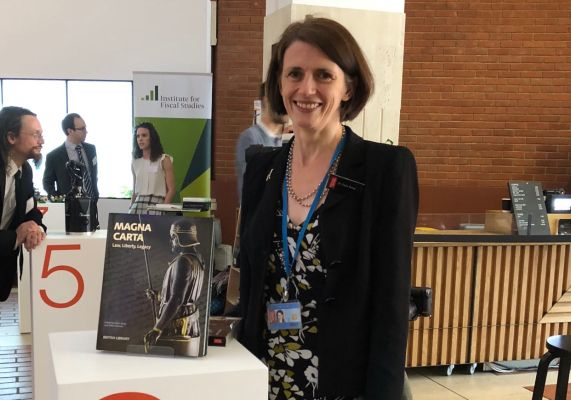 Dr Claire Breay, who curated the Library's 2015 blockbuster exhibition Magna Carta: Law, Liberty, Legacy, which was underpinned by the findings of AHRC-funded research.

Dr Claire Breay, the Library’s Head of Ancient, Medieval and Early Modern Manuscripts, represented research funded by the Arts and Humanities Research Council (AHRC) by showcasing research done in collaboration with the University of East Anglia to support the Library’s 2015 Magna Carta exhibition and the 800th anniversary celebrations. This was also an opportunity to show the British Library’s work as itself an Independent Research Organisation, and emphasise the importance of research within cultural organisations. 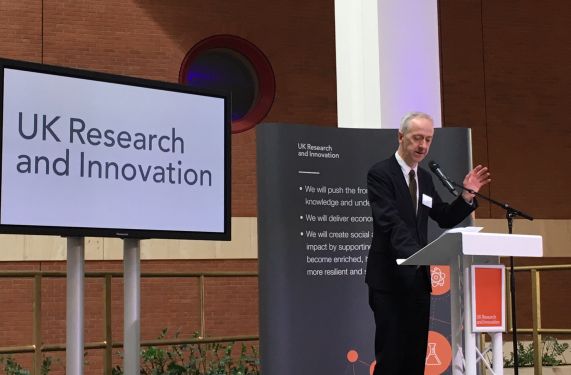 Roly Keating, CEO of the British Library: "Research and innovation are vital, not only for the health of economy, but for the life of everyone in society."

All speakers generously acknowledged how the British Library location was perfect for the UKRI launch in more ways than one. Greg Clark MP said that the Library, together with The Francis Crick Institute, provides an immediate symbol of UK research for international visitors arriving to St Pancras station into London’s Knowledge Quarter, saying that visitors who get off the Eurostar will quickly see the strength of the institutions we have established here, expanding influence to all generations across all dimensions of creativity. 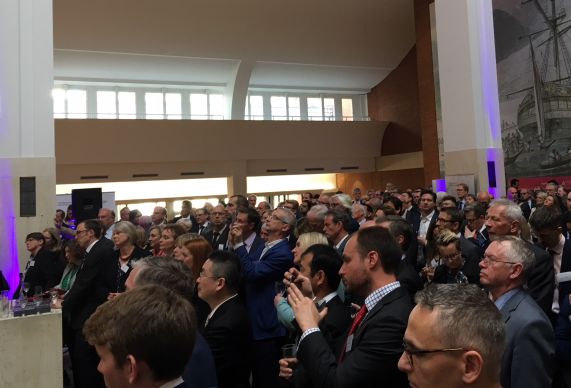 Sir Mark Walport emphasised the digital and data challenges that face our society and economy, and which are central to the research of the Alan Turing Institute and the British Library. As Chief Executive of UKRI he has set a vision of an open research system that is about ensuring better access and more innovative research that will benefit everyone across aspects of society. The British Library looks forward to continuing to work with UKRI and its partners over the next few years.

Further information about UKRI can be found on their website and in their new Strategic Prospectus: Building the UKRI Strategy.