A sea of colour and light: the British Library at Leeds Light Night 2019 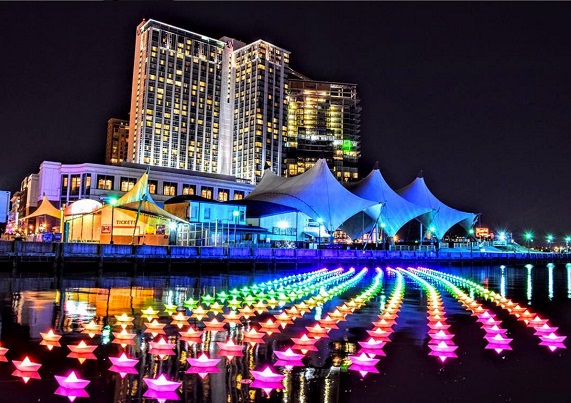 The British Library will be taking part in Leeds Light Night festival on 10 and 11 October with an exciting, interactive installation on the Leeds Dock canal side based on this year’s theme of Mind, Body and Spirit.

Light Night Leeds is the UK’s largest annual arts and light festival and has been taking place since 2014. The festival includes over 60 free events in 11 zones in the city centre from large-scale light projections and interactive installations, to music, dance and street performances.

In response to this year’s theme of ‘Mind, Body and Spirit’, the Library has collaborated with local Buddhist groups to present Reflections on the Water and Voyage; which are very timely with our Buddhism exhibition opening at St Pancras on 25 October. The theme of Mind, Body and Spirit especially appealed to us because although libraries today are wonderfully vibrant places, they also offer space for reflection and quiet learning and are open to everyone. 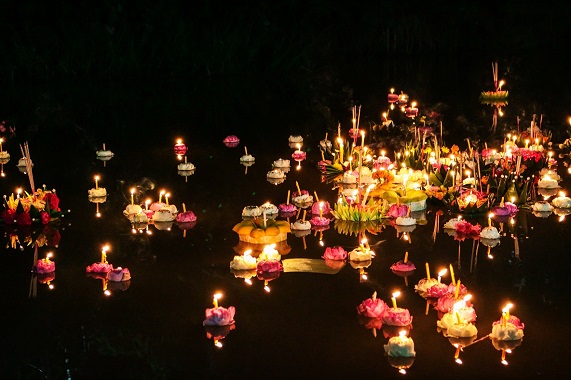 Wat Buddharam will invite visitors to Light Night to join them in flower lantern (Krathong) making for the Thai Buddhist Loy Krathong festival, which is a beautiful celebration of light to mark the end of Buddhist lent. People will be able to join in the festivities by making and launching their own lantern, creating a delicate and sparkling spectacle across the water. In addition, Jamyang Buddhist Centre will be showing an exquisite Light Offering on Friday evening, which visitors can watch while enjoying some peaceful contemplation in amongst the bustle of the city. 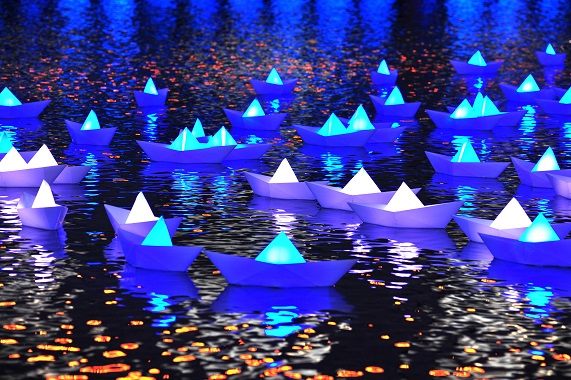 Alongside Reflections on the Water the British Library has collaborated with artists Aether & Hermera to bring Voyage, a large-scale interactive installation comprised of hundreds of floating origami boats that each contain a coloured LED light that visitors can control from their smartphones, choosing the colours and changing the installation at Leeds Dock. 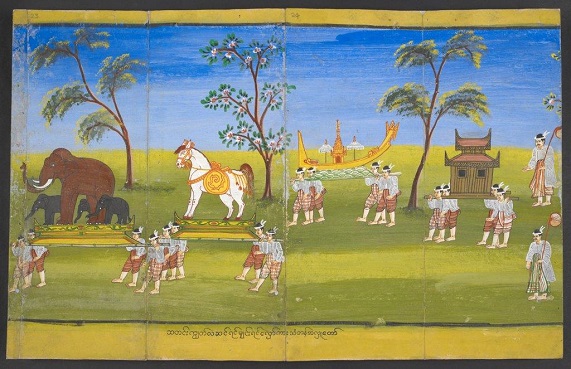 In addition the Royal Armouries will have special late opening hours displaying a rare 19th-century Burmese manuscript from the British Library’s collection, which will be staying on display there until early 2020.

Leeds Central Library will also be joining in with their own Light Night installations, including Behind the Scenes Tours and an array of family friendly activities.

Posted by Ben Sanderson at 6:49 AM