Be Bold With Bananas, or rediscovering your personal library

Podcasting is a medium which has exploded in recent years and now offers incredibly rich and varied content, from documentary series, investigative journalism and fiction, to business programmes, foreign language tutorials and more. Like a book or an exhibition, they take us on a narrative journey, offer a snapshot into a different reality or lift the curtain on unsuspected stories. Yet, while a book requires concentration and immobility, and an exhibition can be enjoyed in good company, a podcast is a wonderful companion for chores, walks or commuting.

At the start of the year I was appointed to the British Library Advisory Council, and this prompted me to listen to the British Library’s podcast series, Anything But Silent. The episode that immediately grabbed my attention was [Redacted], promising a dive into the library’s risqué titles. The episode slightly confounded my expectations, as it was not actually about X-rated literature, but I found it delightful nonetheless. In particular, a large part of the episode enlists two engaging librarians working in Detroit’s Plymouth District Library. Some 10 years ago, Mary Kelly and Holly Hibner started a project which eventually turned into the website Awful Library Books. It sprung from their realisation that many of the books on their library’s shelves were no longer relevant to the issues that most concerned their users – this was 2009, a time when 80% of people walking into the library wanted information about how to find a job, or how to deal with foreclosure or bankruptcy. They started ‘weeding’ the library to make space for new, more up-to-date or topical books. Through this process, Mary and Holly unearthed quaint and hilarious books from Glamour Puss, the Enchanting World of Kitty Wigs featuring cats wearing wigs, and A Liberated Lady’s Guide to Cars, to Be Bold with Bananas from the Banana Control Board – yes, such board did exist in the 60s – which offers a wide range of banana recipes accompanied by an array of somewhat phallic images. Today, the Awful Library Books website continues, more vibrant than ever, and regularly augmented by submissions from world readers.

It was so entertaining to hear Holly and Mary talk about the titles that they have come across and their views about how they have evolved their library collection. It is equally enlightening to listen to how they distinguish between books as everyday objects, books as the preoccupation of museums and galleries, and books as vehicles for information. Libraries are not static universes, guided by inflexible collecting rules, they are collections, which evolve to remain relevant to their context and users. Their shelves offer a survey of social history: they point to what made a society tick, the topics that were in vogue at a certain time, and what people looked for as inspiration, guidance and help. While they are a space for cultivating the minds of the future, libraries can also function as a sort of time capsule of the concerns and desires of former generations, and in so many ways continue to be relevant to our lives.

The British Library, though, differs from Mary and Holly’s Detroit library. As a reference library it must keep an example of every book published in English and thus there is no weeding the British Library, however, more than many other libraries it bears witness to our travails through the ages, our artistic production, and provides a deep catalogue of all the ways in which we create with words. It keeps books of course, but also patents, sound recordings, music sheets, scientific publications, and more, a treasure trove within which there is much to discover.

We all possess our own libraries, paperbacks novels or non-fiction, cookery books, comics, magazines, dictionaries make up our personal collections, which we accumulate and sediment over the years. With more time at home, I embarked on a rediscovery of my own collection. I came across many books I had forgotten about and now want to re-read, in particular The Uses of Enchantment: The Meaning and Importance of Fairy by Bruno Bettelheim, which I have longed to read for many years, without realising I owned it. And as Holly and Mary, I have found some cracking old titles lurking around, which made me wince, and perhaps worthy of a post on the Awful Library Books’ shelves. 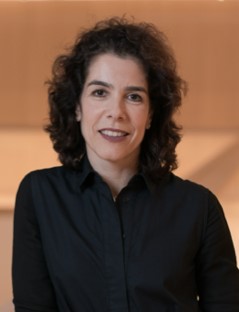 Ambassador, Mayor of London’s Cultural Leadership Board, and member of the British Library Advisory Council

Posted by Ben Sanderson at 5:45 PM