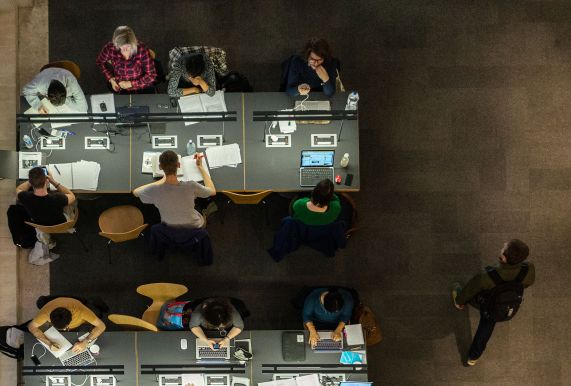 The British Library holds Independent Research Organisation status with UK Research & Innovation. This has enabled us to develop an AHRC-funded Collaborative Doctoral Partnerships Programme and to work with various partners to attract joint funding for major research projects. In addition to our UKRI-funded projects, the British Library seeks to support research across all disciplines.

The British Library’s open access policy recognises the wide range of social, economic and cultural impacts that result from open access to the research conducted in the UK. This echoes our mission to make our intellectual heritage accessible to everyone, for research, inspiration and enjoyment.

We support the aim of UKRI’s proposed open access policy to ensure that the published outputs of publicly funded research are made widely and freely accessible to all from 2022, with no delay and with liberal allowances for reuse. The importance of enabling access to research outputs is evident in publishers’ responses to times of crisis or public emergency, with many seeking to enable at least temporary access to relevant research articles. We hope to see a more definite move to immediate open access as a result of the proposed policy and the policies being implemented concurrently by other cOAlition S funders.

Although we support the overarching principles of UKRI’s proposed policy, there are a few areas which we would argue require clarification, and a number of areas which require redress or added emphasis. A summary of our response is below. Read our detailed response here.

The British Library reiterates its support for the aims of Plan S, which the proposed UKRI policy draws upon. We recognise the hard work that researchers, librarians, publishers, the open source community and others have made to date, and we do not underestimate the continued effort required to reach the goal of 100% open access. In particular, we note that a more global shift in policy and the behaviour of researchers is needed to effect change, given that UK research amounts to 7% of the global total.

Posted by Ben Sanderson at 3:15 PM