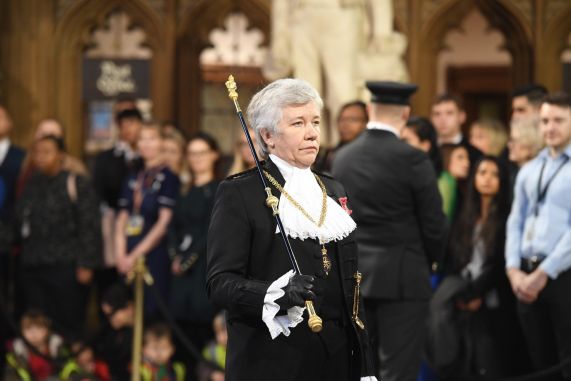 The British Library and the History of Parliament Trust joined forces in 2011 on the collaborative Oral History Project which aims to interview as many former MPs as possible to reflect on their parliamentary careers. So far over 160 former MPs have been interviewed, providing first-hand testimony of the past and a truly unique record of post-Second World War British political history. You can listen to 50 of the interviews in full at the British Library’s Sound Archive or explore the Library’s wider collections of oral histories of politics and Government here.

Our major Exhibition Unfinished Business: The Fight For Women’s Rights has been rescheduled to open later this autumn. We spoke with Dr Emma Peplow, Head of Development at the History of Parliament Trust and asked her about the Oral History Project and reflecting the theme of the upcoming exhibition, we asked her what she learnt about the changing experience of female MP’s during this period. Emma and her colleague, Dr Priscila Pivatto, have recently published a book: The Political Lives of Postwar British MPs based on the archive.

Can you tell us a little bit about the Oral History Project, how it came about and why you think it is an important project?

The History of Parliament Trust began its Oral History Project in 2011, aiming to interview as many former MPs as possible about their lives and careers. It was inspired by our founder – Josiah Wedgwood MP – who in the 1930s sent out a questionnaire to MPs who sat between 1885 and 1918. He wanted to capture their ‘minds not deeds,’ so an oral history project seemed to us the best way to revive his idea. Its real strength is in the personal stories it has captured, and in getting behind the scenes of everyday life in Parliament – what it felt like to walk the corridors of power, face pressure from the Whips, and gossip in the tea rooms and bars!

You interview MPs from different parties, different generations [1960s-2000s] and you touch on many different topics. Can you tell us a little bit about what the conversations taught you about the experience of female MPs in Parliament at that time and the environment they found themselves in?

Before 1997 there were very few women in Parliament, and although they were made welcome by some of their colleagues (just tolerated by others!) Parliament was a very male institution – designed by men, for men. Some of our interviewees were not bothered by this, but others faced outright discrimination and even sexual harassment by their colleagues. They might have had to work up courage to go into the male-dominated smoking room (Elizabeth Peacock can be heard talking about this on a clip here), or fight to speak on a defence or international affairs bill.

After 1997 the numbers increased dramatically, and women drove changes in the working hours and atmosphere of the House. Women still faced difficulties and discrimination, but they did make Parliament friendlier for them.

Women entering politics during the post-war period had many barriers to overcome – including the sexism, the drinking culture and the late nights of voting. What do you think was the most significant barrier facing female MPs and do you think many of these persist today?

In many ways the most significant barrier faced by women was getting in to Parliament. Before the Labour party introduced All Women Shortlists for the 1997 election many of our interviewees really struggled to find a seat. Many local selection committees simply expected their MP would be a man – and a straight, white, married man at that. Conservative women described selection committees asking them how they would look after their children if they were elected; whereas Labour women might face the problem of not being accepted in the pub or working men’s club. Women felt that they had to be three or four times better than their male rivals for selection panels to choose them, and men also acknowledged they benefitted from this bias.

In this case things certainly have improved after 1997. Many more women are being selected to be MPs, and are accepted as ‘MP material’, even if other barriers mean that there aren’t an equal number of men and women applying for seats.

The British Library’s upcoming major exhibition ‘’Unfinished Business: The Fight for Women’s Rights’’ (which has  been rescheduled for later this year) explores how feminist activism in the UK is rooted in the long and complex history of women’s rights. It looks at how protest and self-expression has shaped the fight for equality – for example through the innovative use of subversive art and music, and humour and imagination to demand change.

Can you tell us of the ways that women in politics have fought with imagination, humour and tenacity to insist on change?

Women in politics have certainly had to keep their tenacity and sense of humour in the face of an institution that is extremely reluctant to change! The examples are many and wide-ranging: in 1974 Helene Hayman was told by the Speaker she shouldn’t sit with the other women because he couldn’t tell them apart, so she chose to sit next to Willie Ross. Whilst for the Conservatives, Jill Knight laughed off being considered ‘not a nice girl’ for heading in to the Smoking Room with the men (you can hear this clip on our website). On more serious note Labour MP Hilary Armstrong described the fight to convince the Labour party to accept All-Women Shortlists, and then the later legal challenges that this policy faced. Changing the culture in the Commons took more than just an increase in numbers - those who suggested a crèche when they arrived in 1997 had to wait until 2009 before one opened.

We know inequality is experienced differently depending on race, gender identity, class and sexuality, which is also a theme that features in the exhibition. Reflecting on the archives, do you get a sense of MP’s raising these issues?

Yes - MPs do raise issues of inequalities, but the picture is quite complicated. We certainly have women from working class backgrounds who struggled to fit in with Commons culture. Labour MP Alice Mahon told us 'the class divide hit me smack in the face' and described the problems she encountered because of her strong accent. However, other working class women told us that they immediately felt at home. Some of our interviewees mention hearing homophobic comments made towards lesbian MPs, although in our interview Chris Smith, the first MP to choose to come out, he described his colleagues as being largely supportive and respectful.

Both male and female MPs reflected that 1997 marked a serious change of personnel in the Commons. Many praised the wider diversity in MPs after 1997: more from black or ethnic minority backgrounds, more women, more who had a disability. Yet others lamented that the old class differences had disappeared -MPs were less likely to be white men, but were much more likely to have a university education than to a background in a trade or a union. For these interviewees, Parliament had become less representative of different classes.

The fight for women’s rights isn’t exclusively a woman’s fight. We know that men have to be part of the resistance too.

Are there instances in your conversations where male MPs have led the fight in Parliament, or supported female MPs in changing rules and structures to advance female empowerment in Parliament and across the country?

Yes – in the 1960s it was mostly men who led the campaign for the decriminalisation of abortion. At this time men had to lead the way, as there were very few women in Parliament! The private member’s bill that led to the change was introduced by Liberal leader David Steel, and Labour MP Peter Jackson became the unofficial whip for the legislation (you can hear Peter Jackson discussing his decision to support this legislation on our website).

Sadly though most of the men in our archive did not mention gender relations at all – other than the odd remark about the change in 1997. 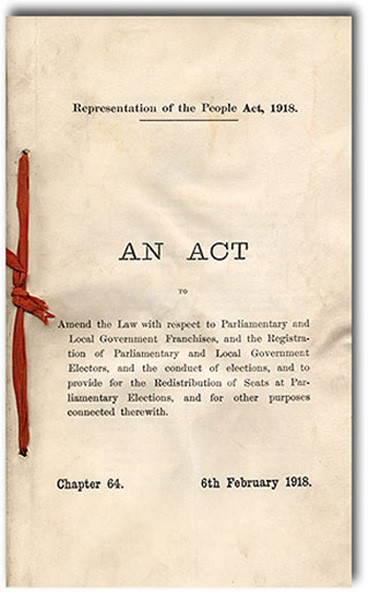 The Representation of the People Act of 1918, gave women over 30 the right to vote (for the same voting rights as men, women had to wait until 1928). Out of all the parliamentary reform Bills, this Act enfranchised the largest number of people. © UK Parliament

Listening to our interviews, the abuse that women MPs (and MPs in general) faced via hate mail from the ‘green ink brigade’ in the past sounds very familiar to online abuse faced by female politicians today. That said, most interviewees felt that the abuse they received was nothing compared to the volume female MPs experience nowadays. Hopefully that will become a barrier to women’s involvement that will seem difficult for future women to comprehend.

If you had the chance to interview any woman in history – past or present - who would it be and why?

Barbara Castle – there are some great stories about her in our archive, and I’d love to talk to her about the Equal Pay Act. 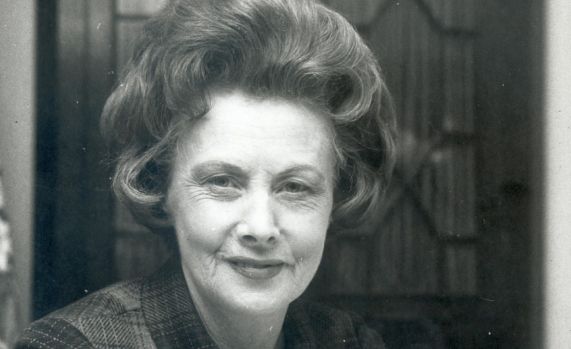 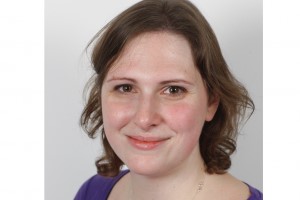 Dr Emma Peplow is Head of Development responsible for developing the History of Parliament Trust’s Oral History Project, new project funding and areas of the website.

She is currently working, with Dr Priscila Pivatto, on publications based on the oral history project interviews. The first book - an introduction to the interviews was published by Bloomsbury Academic in August 2020.

Previously she worked as a Research Associate at the Marylebone Cricket Club Museum, running 'Taking the Field', an oral history project that is creating a collection of digital stories on the importance of grassroots cricket clubs to their communities in the UK and Sri Lanka. Before joining MCC, she completed a PhD in International History at the London School of Economics on The Western Allies in Berlin, 1945-48: Relations at the Ground Level and taught at the LSE until 2018.

Posted by Ben Sanderson at 8:45 AM