Behind the scenes at the British Library: Eugenio Falcioni

In our monthly blog series, we go behind the scenes at the Library to introduce you to our people and the many ways they work to bring our collection to everyone. This month we meet Senior Imaging Technician, Eugenio Falcioni. 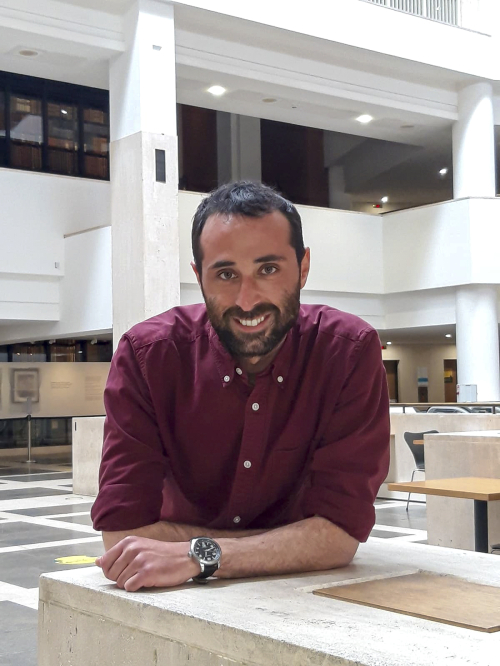 Eugenio Falcioni at the British Library

Tell me about your role?

Eugenio is a cultural heritage photographer in our Digitisation Services team. His work is broadly split into three parts: 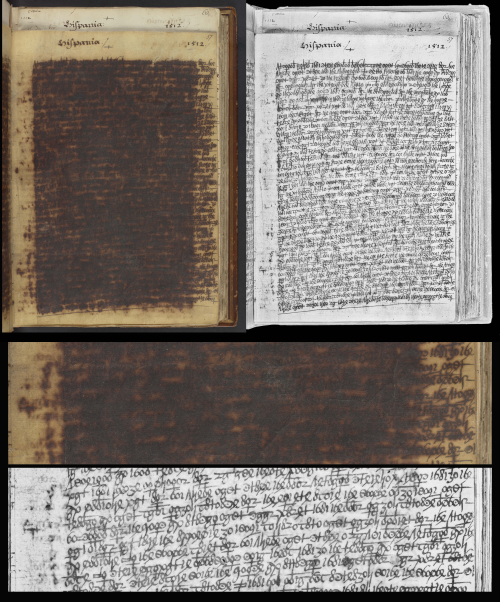 A manuscript with Iron gall ink corrosion, before and after being photographed using Infrared Reflectography (IRR)

Before the pandemic hit, Eugenio’s time was split across working in the studio and travelling around the country spending days and weeks engrossed in on-location shoots. These included a lengthy project for Malmesbury Abbey digitising their 600-year old century bible and photographing an original Elgar score for Birmingham Oratory.

‘It was one of the best things about my job. Working in beautiful places like churches and museums around the UK. I hope to be back on the road soon.’ 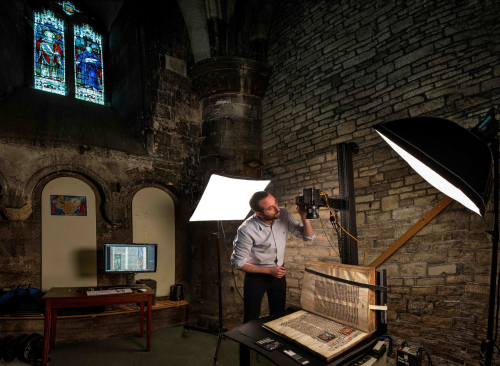 Eugenio at work at Malmesbury Abbey

With a ban on travel and no access to collection items or his British Library equipment, Eugenio has been doing post-production work and online training courses. He’s also, along with other photographers in the team, spent the year sorting out the department's enormous photography archive.

‘It was definitely something I’d been putting off, but it was an opportunity to get organised!’

How did you get into this field?

Eugenio’s father is a photographer, and he grew up surrounded by camera equipment, but his passion was the humanities. Whilst studying for an MA in Manuscript Studies at the Sapienza University of Rome, he worked for a local digitisation company. After graduation he landed a job at the Vatican library that would change his life. In Rome he was lucky enough to work on incredible pieces from the Vatican collection, such as Vergilius Vaticanus (Vat. Lat. 3225), the palimpsest of Cicero's De re publica (Vat. Lat. 5757) and the Divine comedy illustrated by Sandro Botticelli (Reg.lat. 1896.pt.A). During his years of work in the Vatican, Eugenio also had the opportunity to meet two popes: Benedict and Francis.

‘I discovered I LOVED working for cultural organisations, but after six years at the Vatican I felt was time for a change and I sent my CV to museums and libraries around the world and in 2018 I was invited to an interview at the British Library.’

What do you love about the Library?

Eugenio was initially a bit daunted by the prospect of moving to London and thought it would be stressful living in such a big city, but he actually finds it more relaxed than working in central Rome where he was often stuck in horrendous traffic jams. He enjoys the Library’s flexible working policy and walks to work along the Regent’s Canal.

What he loves most about the Library is that it truly is ‘for everyone’.

‘It was such a surprise to me that a library could be a tourist attraction. There’s so much going on you could spend a day here without even touching a book. You don’t even have to spend £1 and you always come out so much richer!’

What’s your favourite object in our collection?

Linked to his Masters degree, Eugenio’s favourite collection item is The Lindisfarne Gospels. 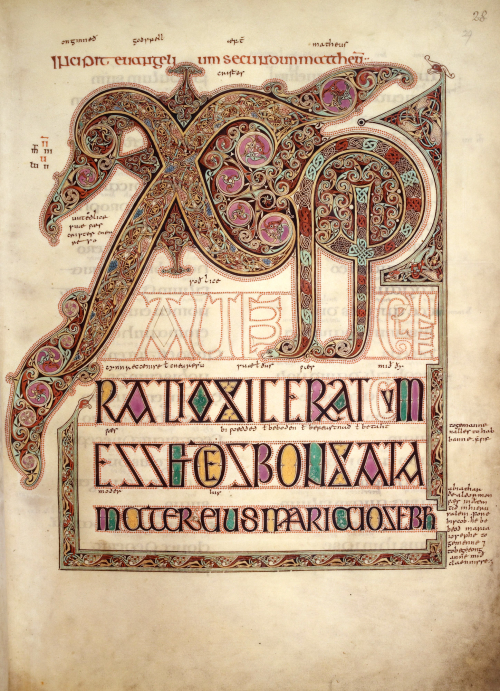 ‘I haven’t photographed the manuscript, but when I saw it I was so excited to see the carpet pages full of detailed illuminations.’

But what Eugenio loves most is to work on damaged documents. He calls it ‘true photography’.

‘I can do something useful by preserving the content even if the object itself can’t be salvaged. I feel like I’m saving something from oblivion.’

Any book recommendations for our readers?

Eugenio’s book recommendation is The Bad-Ass Librarians of Timbuktu and their Race to Save the World's Most Precious Manuscripts by Joshua Hammer.

‘It’s a true story of librarians in Timbuktu (Mali) who felt their precious collection of manuscripts was in danger from destruction by Al-Qaeda so they organised an evacuation of the collection to the capital city Bamako. They saved culture!’

Find out more about our Digitisation Services