The designers behind the British Library gates

Lida Lopes Cardozo Kindersley MBE is a renowned letter-cutter and typeface designer. We spoke to Lida about her work and how she and her late husband David came to design our iconic gates. 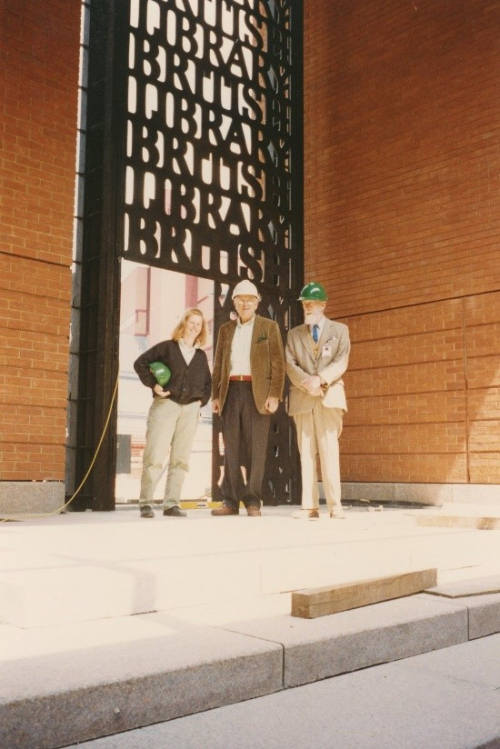 David Kindersley spent much of his childhood drawing and carving. A conscientious objector during the war, David, who had been apprenticed to Eric Gill (creator of Gill Sans), opened his own workshop near Cambridge in 1946. He was joined 30 years later by Lida Lopes Cardozo, beginning a working partnership (and subsequent marriage) which lasted until David’s death in 1995.

‘As a child of the '60s David’s ‘way-out alphabets’ attracted me [...] I managed to elbow my way into the old boys' network of English letter-cutting. I kept being told it wasn’t a job for a girl.’

How did the British Library gates project come about? 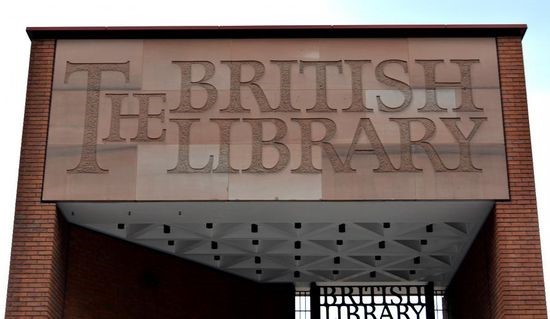 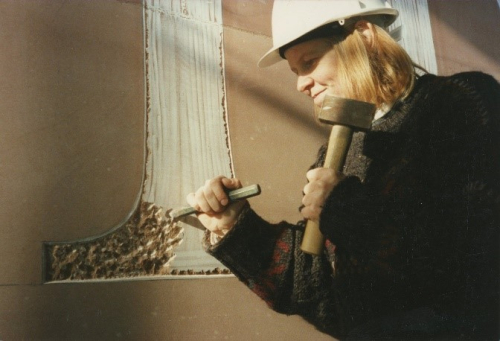 When David and Lida enquired about what was happening below the sandstone panel, Sandy informed them that the trustees at the time had decided to run a competition for metalworkers to design the gates, but none of the proposals had been selected. David and Lida went home that night and sat at their dining room table and sketched. Their outline idea would become the iconic British Library gates.

‘Creating the gates was such a smooth process. Sandy was flabbergasted! Most of the discussion was around the hinges, which had to bear the weight without damaging the wall.’ Made up of seven pieces, with two opening leaves, the striking gates incorporate a repetition of the words ‘British Library’ that are heavy and bold at the bottom and get lighter towards the top. Not only were the letters carefully measured to prevent children from getting their heads stuck in the gaps, but the clever design means that sunlight shines through and projects a wonderful shadow of the words onto the surrounding wall. Cast in bronze, the gates weigh an incredible three tonnes – a vast crane was needed for the installation. 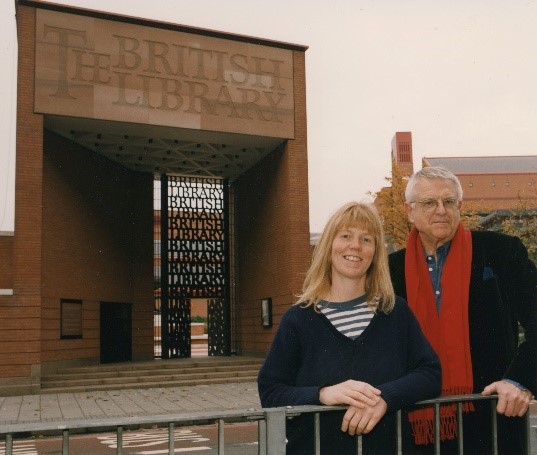 ‘I am always filled with pride when I pass the gates. They’re a good talking point at dinner parties – people notice them and connect with them.’

Since the gates project, the British Library further commissioned Lida and David to carve the panel for the grand opening event with the Queen in 1998.

‘It’s in Italian travertine marble which has a wonderful texture, with holes filled with resin making it both interesting and difficult to carve. I wanted to paint the letters same red as the British Library bricks but I compromised with pink.’ 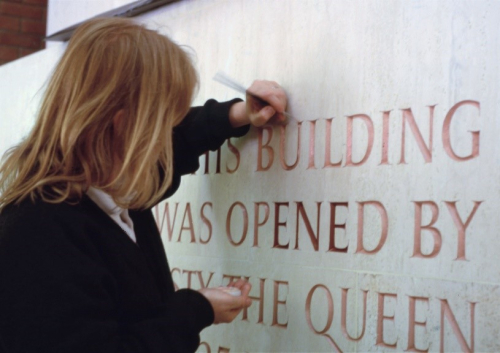 With 40-50 commissions at any time, the Kindersley Workshop’s current projects include a frieze for King’s College, Cambridge using roofing slates, a gravestone featuring seagulls, a ledger stone for Westminster Abbey and several sun dials.

Lida received an MBE for ‘services to letter-cutting’ in 2015. Her workshop employs eight people, six of whom cut letters. Although she still cuts letters herself, about a third of Lida’s time is now spent writing books. Her latest book, The Ins and Outs of Public Lettering, proudly features the British Library gates on the front cover.

Click here to find out more about the Kindersley Workshop.

Click here to explore more of the British Library building at St Pancras.

Can't get enough of the British Library gates? They're available in notebook, pencil and card holder form (amongst others) in the Love Libraries range of our shop. Click here to browse.