Behind the scenes at the British Library: Sophie Sabin

We go behind the scenes at the Library to introduce you to our people and the many ways they work to bring our collection to everyone. With applications for our next intake of apprentices now open, who better to meet this month than Sophie Sabin, a former British Library apprentice and now Business Support Officer: Culture & Learning, Higher Education and Science, and co-Chair of the staff Gender Equality Network. 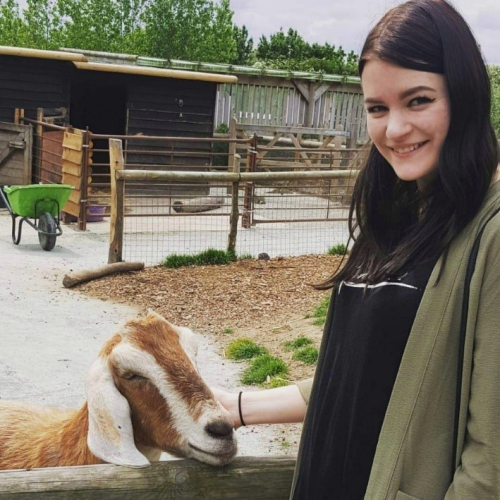 Tell me about your role?

Sophie joined the British Library as an apprentice in the Learning team, working specifically on the adult learning programme.

‘When I first started, it was just after the Harry Potter: A History of Magic exhibition had opened, which was great timing – I worked on lots of courses and study days themed around magic and the fantastic, which I found completely fascinating.’

Following her apprenticeship Sophie was appointed as our Business Support Officer: Culture & Learning, Higher Education and Science. Her day-to-day role sees her providing admin support across many of the Library’s public programmes, including governance of the exhibitions commissioning process and helping to manage the exhibition project boards. She also assists the Head of Higher Education and Science and the Head of Culture and Learning.

‘I also do a lot of strategic engagement with external stakeholders, such as during the development of the new Science Strategy, when I travelled to several different Higher Education Institutions around the UK.’

Sophie is also co-Chair of the staff Gender Equality Network. This role includes providing feedback on new People strategies and policy and gender representation in exhibitions. She attends Strategic Leadership Team meetings to give a gender equality perspective, alongside the other staff network Chairs from the BAME, Disability Support and LGBTQ+ Networks.

Like the majority of our staff, Sophie has been working from home throughout the pandemic.

‘For the most part we’ve switched to digital (for example, the most recent British Library x British Fashion Council student competition took place online for the first time this year, and preparation for future exhibitions is continuing via Microsoft Teams).’

Her role as co-Chair of the Gender Equality Network has also become a lot busier, working with teams across the Library to try to ensure that there is no disproportionate impact, as a result of Covid-19, on women and non-binary people working at the Library.

What do you love about the Library?

Sophie hopes to continue working at the Library in a public-focussed role for many years to come.

‘One of the things I love most about working here is how well I think we serve our different audiences, and how much focus is on developing and supporting new and existing audiences – and engaging them with the collection – even more.’

In addition to this Sophie also appreciates the supportive staff community.

‘I have some brilliant colleagues with all kinds of different perspectives and interests. I really think it expands your worldview.’

What would your advice be to prospective apprentices?

Our apprenticeship schemes offer an opportunity to learn and are available to school leavers and anyone thinking about a career change. Sophie’s main advice for apprentices is to talk to everyone!

‘From when I first started – and I’ve carried on doing it – I just asked as many people as possible if they wanted to have a coffee with me and talk a bit about their area of work. You learn so much doing this, and that’s really helpful in an organisation as big as the Library where you might not always know what different departments are doing. And everyone is always really happy to talk.’

What’s your favourite object in our collection?

Sophie’s personal favourite is the collection of scrapbooks by Maud Arncliffe Sennett, who was a former actress and suffrage campaigner. She kept 37 scrapbooks over 30 years between 1906 and 1936, all filled with press cuttings, pamphlets, leaflets, hand-written notes and other items related to the suffrage movement of the time. Arncliffe Sennett was arrested four times for her activism and refused to condemn those militant suffragists who committed crimes such as property damage in their agitation for the vote. She also engaged the support of men in her campaigning, founding the Northern Men’s League for Women’s Suffrage. Arncliffe Sennett’s scrapbooks were donated to the British Museum in 1936 after her death and are now part of our collection. 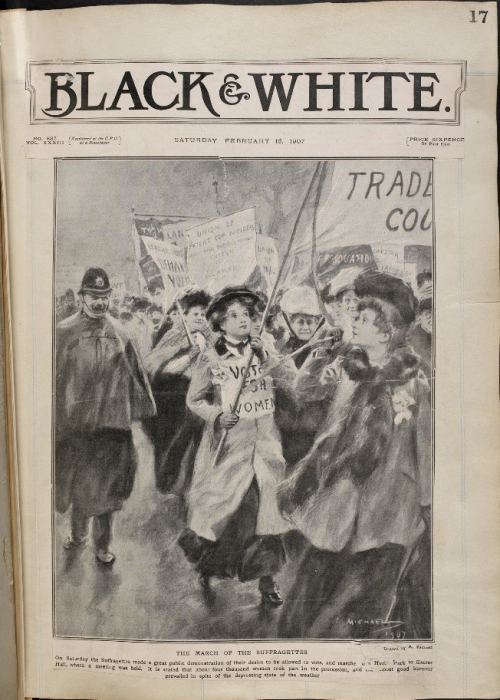 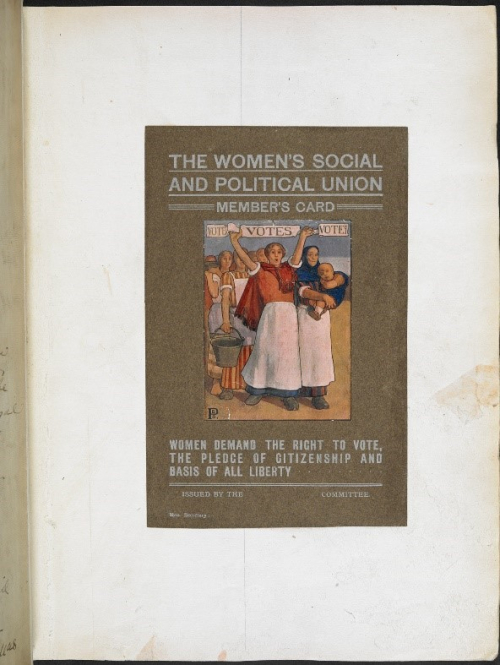 A collection of press cuttings, pamphlets, leaflets and letters mainly relating to the movement for women's suffrage in England, formed and annotated by M Arncliffe Sennett. Created February – July 1907

‘I first saw the notebooks as part of an adult learning course on the militant history of the suffragists called Bombs and Birth Control and taught by Dr Fern Riddell – many of the adult learning courses feature sessions where Library collection items are brought out for participants to see, and it always feels special. On this particular course, the group of learners really bonded and ended up attending a Reclaim the Night demonstration together. They created a banner for that demonstration, which is now on display in our current Unfinished Business exhibition on the history of women’s rights – a lovely ‘full circle’ moment!’

Any book recommendations for our readers?

Sophie recommends Min Jin Lee’s Pachinko, which is a novel set between 1910 – 1989 about four generations of a Korean family who emigrate to Japan.

Find out more about British Library apprenticeships and apply by clicking here.