In this new content series Thomas Irvine in our Publishing team shines a light on some of the passionate book bloggers giving honest appraisals of our new titles. 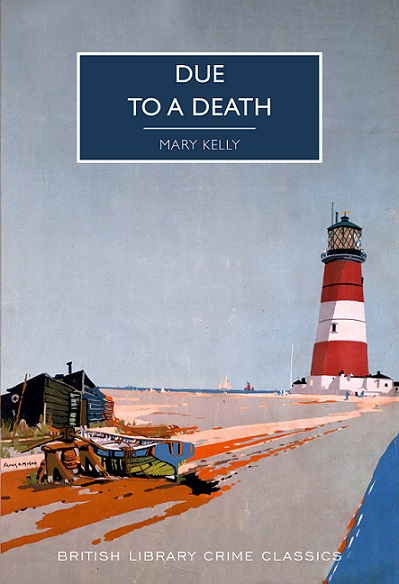 We send out a selection of questions to these bloggers as prompts to help them to share their reader experiences. Today we bring you Hayley Anderton who blogs for Desperate Reader.

How long have been reviewing books on your blog, and how did you get into it?

I started blogging in August 2009. I was in an online book group with a few people who had become bloggers and had thought it was something that might be fun to do for a while. It took me months to think of a name, which is where the 'desperate' part of Desperate Reader came from. I really liked the blog format, and still do both as a blogger and a blog reader – it’s the easiest going form of social media I can think of.

What was the first book you remember reviewing?

The first book I reviewed was F. M. Mayor’s The Third Miss Symons. The first book that I clearly remember blogging about was Lady Audley’s Secret a couple of weeks later. I was reading a lot of old Virago Modern Classics that I’d collected from charity shops at the time and wanted to talk about them somewhere – this was another reason to start blogging.

What was the first British Library Publishing book you reviewed?

It was Mavis Doriel Hay’s The Santa Klaus Murder in January 2014. I’d bought Revelations of a Lady Detective a couple of months before (which I don’t think I’ve read yet) and I was very excited about the forthcoming Mavis Doriel Hay titles – and mildly frustrated by the lack of information on the British Library website about what promised to be a really interesting series – things have changed!

What’s been your favourite book that you’ve reviewed?

In over a decade of book blogging there have been some amazing books, so this is a hard question to answer, it’s also the sort of answer that is liable to change on a daily basis, but Sylvia Townsend Warner’s Of Cats and Elfin is a strong contender. It’s a little bit weird, often funny, the stories are beautifully written, and come with a sting to them. It’s exactly the sort of book that would have been easy to miss before blogging and Book Twitter but which turned out to be an absolute treasure.

This by contrast is a much easier question. I love the Crime Classics which have been consistently fun, I’m really impressed with the way the Women Writer’s series is shaping up, but the Tales of the Weird Classics are an easy favourite. I don’t think there’s anything else similar out there. The range of themes covered, the way they’re handled, even the way that occasional overlaps in the anthologies get me considering the same story in different contexts – it’s all good. I don’t think Lost in a Pyramid is officially part of this series, but I guess it’s where it started, and it’s my favourite British Library book to date.

Individually the stories are great, but together in all their sometimes ridiculous glory they explore something of Victorian attitudes to death and the afterlife that makes the collection so much more than the sum of its parts.

Hayley’s most recent read is Due to a Death by Mary Kelly. Read her review of it on her blog.