An interview with Patrick Hughes

Patrick Hughes is a British artist and creator of the reverse perspective illusionist painting technique. His work includes Paradoxymoron, on public display on the Lower Ground Floor at the British Library St Pancras, London site. 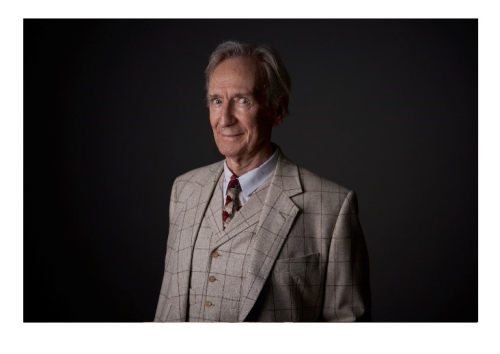 If you’ve ever been down to our cloakrooms you will have undoubtedly experienced the unnerving double-take effect of Patrick Hughes’ Paradoxymoron. One of our most popular artworks on public display, it’s a surprising head-turner for children and adults alike. We encourage you see for yourself next time you’re at the Library, or killing time before catching a train from St Pancras. Click here to explore the incredible artworks on display for free in our building. 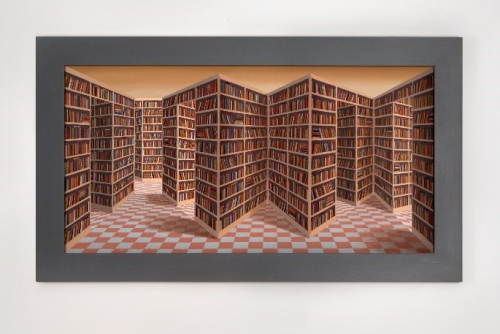 We spoke to Patrick about becoming an artist, his ‘reverspective’ work and his links to the British Library.

Born in Birmingham in 1939, Patrick did not intend to become an artist. His original plan was to become an English teacher, and he spent two years studying English literature at James Graham Day Training College in Leeds.

Click here to listen to Patrick talking about his childhood on British Library Sounds, recorded in 2005 as part of National Life Stories: Artists' Lives.

During his time at College, Patrick became interested in humour and surrealism – his literary passions included the playful German poet, Christian Morgenstern, and the British author, Laurence Sterne. But Patrick was frustrated by being told ‘we don’t do that stuff in English, you should do art, it’s more imaginative.’

Switching to art and led by the interests of his art teachers, Muriel Atkinson and John Jones, Patrick became influenced by the Bauhaus art movement and the artist Paul Klee in particular.

'I was like a child in my work, straightforward and imaginative. I was a geometrical primitive, my style was at once sophisticated and simple.'

He went on to teach at Leeds School of Art before becoming a full-time artist. 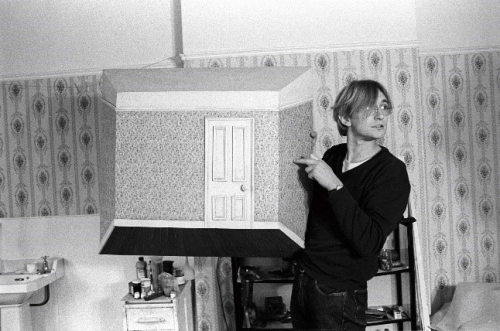 Patrick made his first reverse perspective work, Sticking-out Room in 1964. Dubbed ‘reverspectives’, these works are optical illusions with pictures that appear to move as you do. The creative process involves building a 3D shape in wood, painting it white and measuring and sketching the geometric lines before painting with careful attention to shadows and light.

'It’s a sculptured painting using simple geometry with 90° and 45° angles.'

Despite producing his first ‘reverspective’ in the sixties, Patrick didn’t repeat the technique for almost three decades.

Patrick’s work, Paradoxymoron, exhibited at the British Library, was one of his first reverspectives after his 30-year hiatus.

It shows a series of library book stacks that appear to move with your movements. It took Patrick a couple of months to make at home, with a saw and a pot of glue, in his Belsize Park flat.

'It’s an honour to have my work in the British Library. I’m a booky kind of person and bookshelves are good subjects for my work with perspectives.'

Patrick chose the location to hang the work himself. It can be found just outside the cloakroom, an area where visitors are in motion and get to experience the somewhat alarming sensation of the painting following your movements.

Other examples of Patrick’s work

Now aged 81, Patrick is still painting. He employs several assistants in his London-based studio, and for the last 25 years, his ‘reverspective’ works have been exhibited around the world. His A Study of the Studiolo is on permanent display at the British Academy in London. He has also written books on the themes of paradox and oxymorons and has produced thousands of prints. 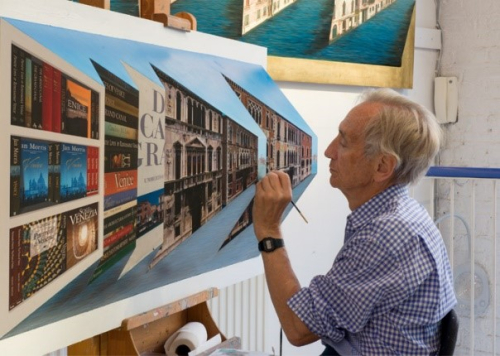