Memory of a nation – the Vernadsky National Library of Ukraine 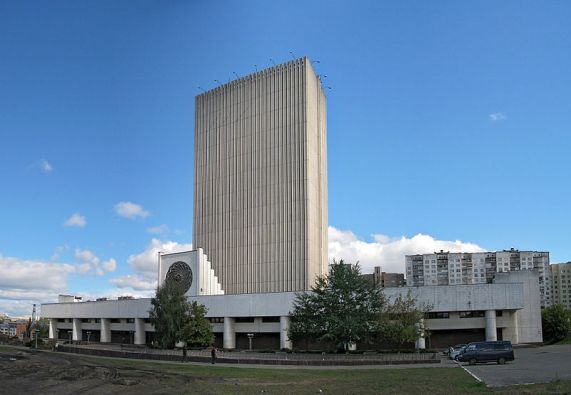 The mission of national libraries is to preserve the memory of entire nations, and from the relative stability of the UK it is all too easy to take their survival for granted.

The Vernadsky National Library of Ukraine, in Kyiv, is one of Europe’s great national library collections, a vast cultural and scientific resource that ranges from rare early Slavonic printed books to precious manuscripts, including the exquisite Peresopnytsia Gospels, on which the oath of office has been sworn by all six Ukrainian Presidents including Volodymyr Zelensky in 2019.

Like any great research library, its collection of 15.5 million items in normal times grows year on year – with 100,000 items deposited annually, including every publication produced in Ukraine and a copy of every Ukrainian university thesis. Its newspaper collection amounts to 240,000 bound volumes. Its unique collection of Jewish musical folklore consists of original recordings of folk music from 1912 to 1947 on wax cylinders – and in 1995 this collection was added to UNESCO’s ‘Memory of the World’ register.

Between its original foundation in 1918 and its re-establishment as Ukraine’s National Library in 1996 the Vernadsky has operated under several different names and has witnessed many brutal turns of history, including the execution in 1938 of its first Director, Stepan Pylypovych Posternak for ‘anti-Soviet activities’.

In March 2021, reflecting on the challenges of the Covid-19 pandemic, the library’s director, Dr Lyubov Dubrovina told the Kyiv Post: “We’ve lived through revolutions, wars and famines. The library has seen it all.”

Just 12 months later, the extraordinary institution she runs has never been in greater danger, with Russian forces outside Kyiv and the violence and casualties reaching awful new heights. As the onslaught continues, the library faces the increasing risk of catastrophic damage – whether through indiscriminate bombardment or targeted attack.

For a national library to face such a direct threat of destruction is, sadly, not without precedent in recent times. The shelling of the National Library of Bosnia and Herzegovina in 1992, and the burning and looting of the National Library of Iraq in 2003 were moments of incalculable loss to the world’s shared cultural  heritage – and to the peoples of those countries in particular.

In a situation where so many rules seem to have been broken or forgotten, we must hope that the Russian Federation’s signature on the 1954 Hague Convention on the Protection of Cultural Property is meaningful, and not just an empty mark on a piece of paper.

The global community of librarians has spoken with a unified voice in solidarity with our Ukrainian colleagues. Bodies such as the International Federation of Library Associations have condemned the violence, while more than 800 UK library and information professionals have co-signed a statement from our professional association, CILIP, offering support and solidarity with librarians in Ukraine.

Respect for learning and knowledge runs deep in Russian culture.  Having worked alongside directors and colleagues from the three great national libraries in Russia I have seen that the values of librarianship and curatorship, which transcend national and political boundaries, are held as deeply in those institutions as they are anywhere in the world.  Those values are in direct conflict with the military mission we are witnessing in Ukraine.

Under threat in Ukraine today is not just a living nation but also its history and recorded memory.  What happens in these next few days and weeks in Kyiv will determine whether that history can ever be fully studied and understood again.  The world is watching.

Posted by Ben Sanderson at 8:51 AM