Warm, safe and we also have WiFi - ways to enjoy the British Library for free 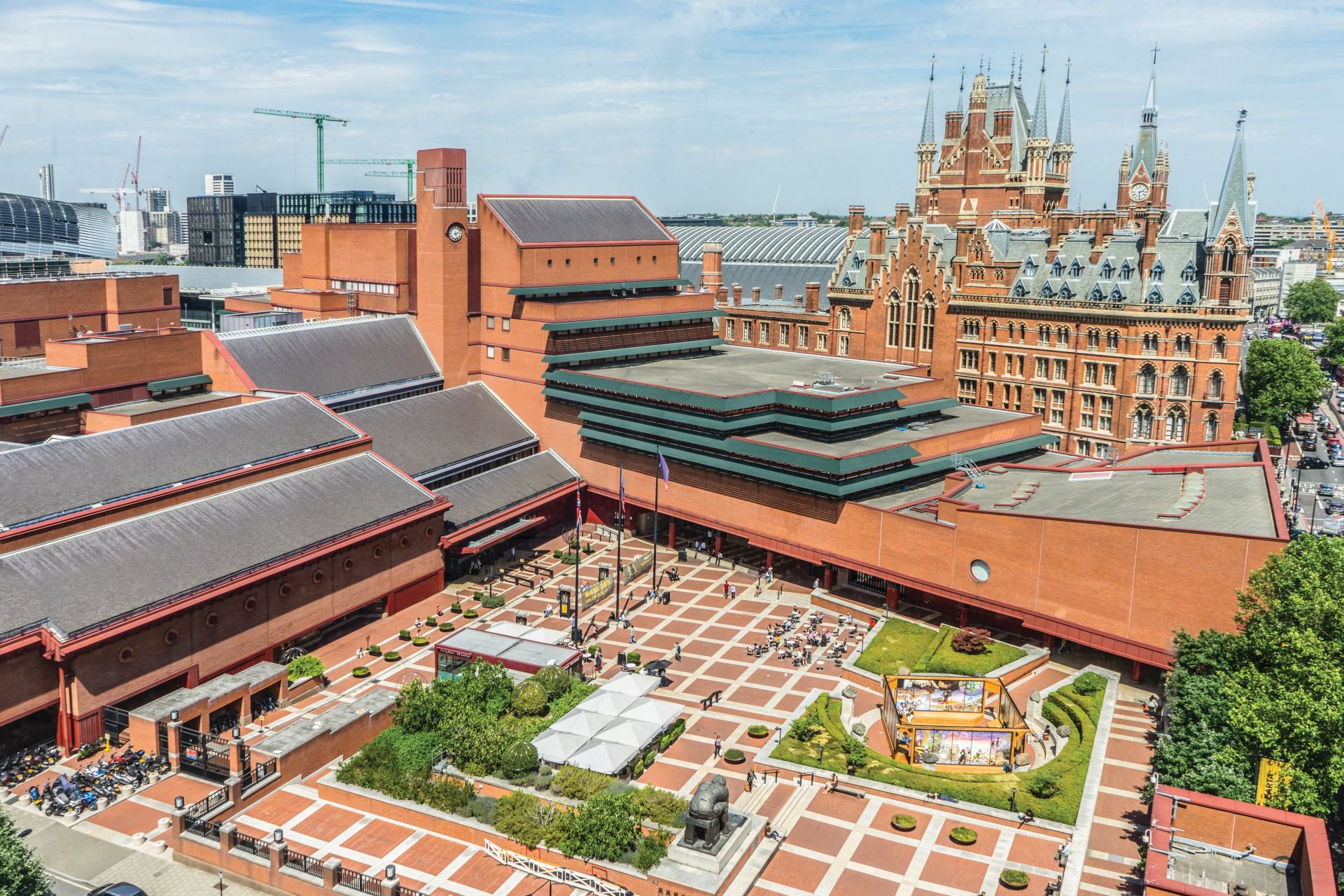 We know that many of our users and people from our local community may be experiencing the cost of living squeeze at the moment, as it gets harder for many people across the UK to make ends meet. There are plenty of ways to enjoy the Library for free, so we thought we’d share some reminders and tips on how to make the most of any visit to our St Pancras site – without opening your wallet.

If you haven’t dropped by for a while, it’s easy to forget that our warm, safe and spacious building at St Pancras is free to enter and explore. You might not realise that our Reading Rooms are also free to use – you just have to apply for a Reader Pass, and then you can visit these lovely calm oases and dive into our collections of books and materials as often as you like.

Food and drink in our foyers 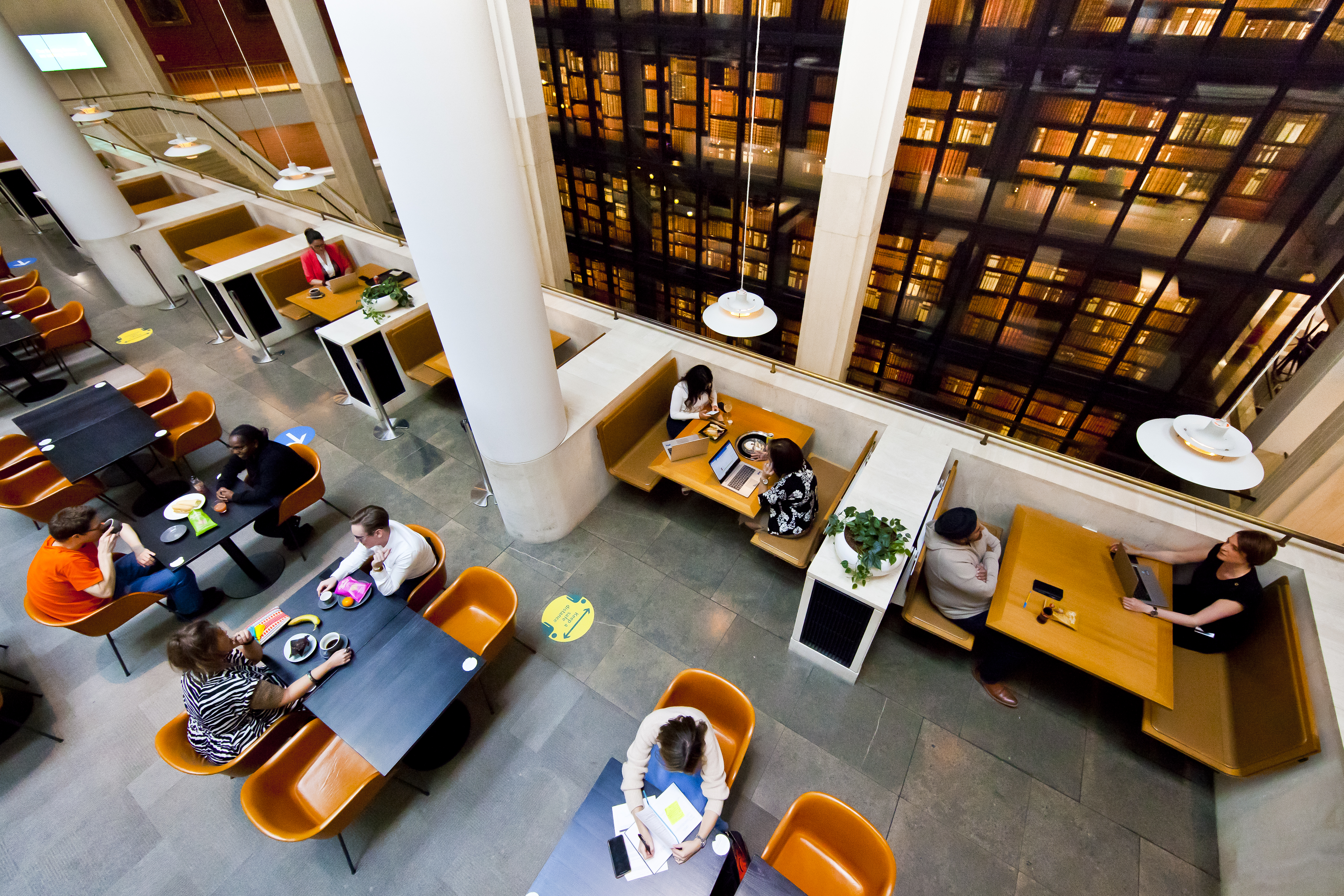 It can be hard to find indoor spaces in London where you can sit without having to pay for food and drinks. But if you’re here at lunchtime, you’ll soon spot our visitors unwrapping their own sandwiches in the foyer. So don’t be shy: it’s fine for you to bring your own packed lunch to eat in the public spaces.

Did you know that our Treasures Gallery is free to visit? Peek inside our permanent exhibition on the ground floor of the Library to discover a hidden gem. You really can just drop in to see the first ever collection of Shakespeare’s plays, Michelangelo’s anatomical illustrations or the desk where Jane Austen wrote her timeless novels.

Wander through our foyers and you’ll find more free exhibitions showcasing the extraordinary items in our collections. We also host regular events, many of which don’t cost a thing, both in person and online.

You can find free events here on our website, so pop them in your diary for the chance to discover something new, ask questions and meet like-minded people.

We also regularly provide free tickets for our paid exhibitions and events to local community members. Get in touch with communityengagement@bl.uk to learn more, or to be added to our local newsletter.

If you’re under 25 or over 60, then you’re eligible for discounted entry to our paid events and exhibitions. We also offer discounts to students and those who are registered as unemployed. 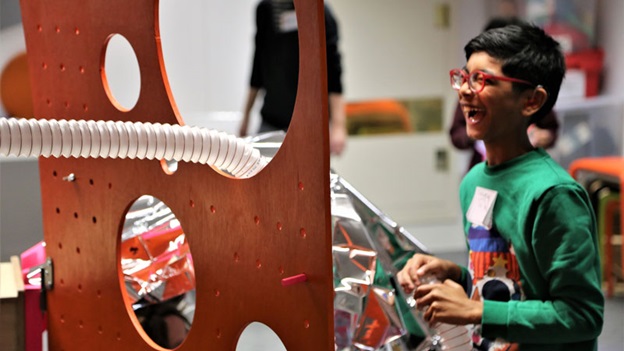 On the last Sunday of every month, we welcome little ones and their adults to our Family Station, a colourful base from which to enjoy our building. We’ve stocked it with children’s books and activities to get you started on a free Library adventure.

That’s our best advice on how to enjoy the Library without parting ways with your cash. We hope that even if you’re feeling the pinch, a visit will brighten your day. And don’t forget – we also have free WiFi!

Apply for a Reader Pass

Bring your family to the Library

By the Digital Engagement Team

'Books not only entertain and educate us - they also unite us bring us back to a feeling of home. This project is our victory on the cultural front, and it brings our primary victory closer.'

This summer, the British Library hosted a special event to mark the launch of ‘’Books Without Borders’’- an initiative by the First Lady of Ukraine Olena Zelenska, to print and distribute 16,000 books for newly arrived children and families displaced by the conflict.

As the national library of the United Kingdom, we stand in solidarity with our colleagues at the Vernadsky National Library of Ukraine, as well as the millions of Ukrainian people displaced by the conflict.

As the home of the UK’s intellectual heritage with a collection of more than 170 million items, we were pleased to play our part in supporting the Ukrainian community through what we know and love most: books. 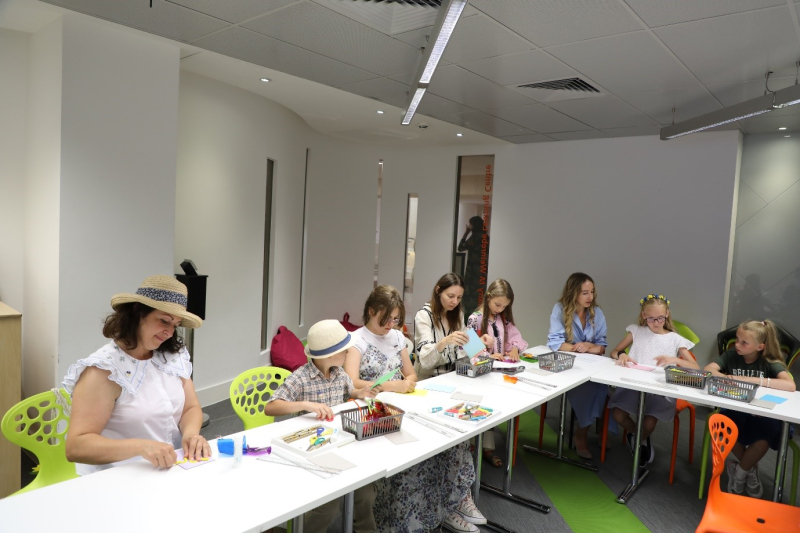 In support of the new initiative – a partnership between the Ukrainian embassy, represented at the event by the Ambassador Vadym Prystaiko and his wife Inna, the Publishers’ Licensing Services and book print specialists Halstan - we welcomed 40 children, their families, and Children’s Commissioner Dame Rachel de Souza to the British Library’s Learning Centre. Building on our existing programme of workshops and events for young people and our recent work with Afghan refugees, our Learning Team led a range of fun activities for families on the day including a special tour of the Library, hands-on bookmaking activities, and a visit to the Treasures of the British Library gallery.

But the spirit of unity and solidarity didn’t stop there, as a surprise was in store for all present. The First Lady joined us live on screen from Kyiv to read an excerpt from one of the project’s books, ‘Stories on the 14th Track’. It’s the tale of a steam-engine train called Hryuk -  the First Lady’s team chose this book having been inspired by Ukraine’s railway workers, who are celebrated as national heroes for their outstanding public service during the war.

As the children grapple with their new life in the UK, Liz Jolly, our Chief Librarian, reiterated that the British Library belongs to everyone. She concluded by remarking ‘we want you to know that the British Library is your national library too. I hope you’ll also use your local public libraries wherever you are, and enjoy everything they have to offer.’ 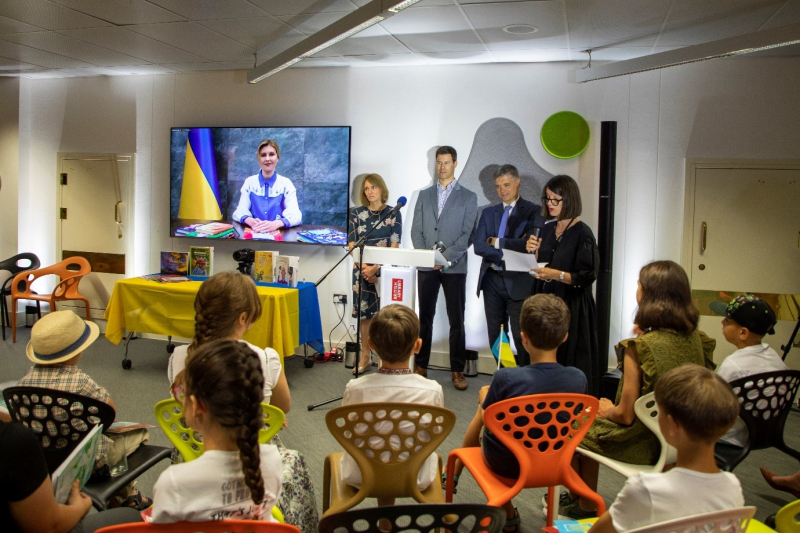 And in that spirit, we will continue to work with the Ukrainian partners over the coming weeks and months to support Ukrainian refugees in the UK.

Her Majesty Queen Elizabeth II and the British Library

We are deeply saddened by the death of Her Majesty Queen Elizabeth II. Since her passing, we have commemorated her life on social media – where many of you have shared your own touching reflections, anecdotes, and personal tributes. 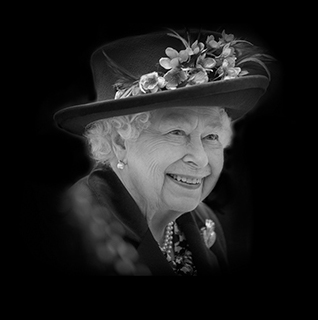 The British Library came into being in 1973, when Her Majesty The Queen was already twenty years into her long reign. She played a key role at one of the great milestones of our life as an institution, when she officially opened the Library’s new building at St Pancras in 1998. 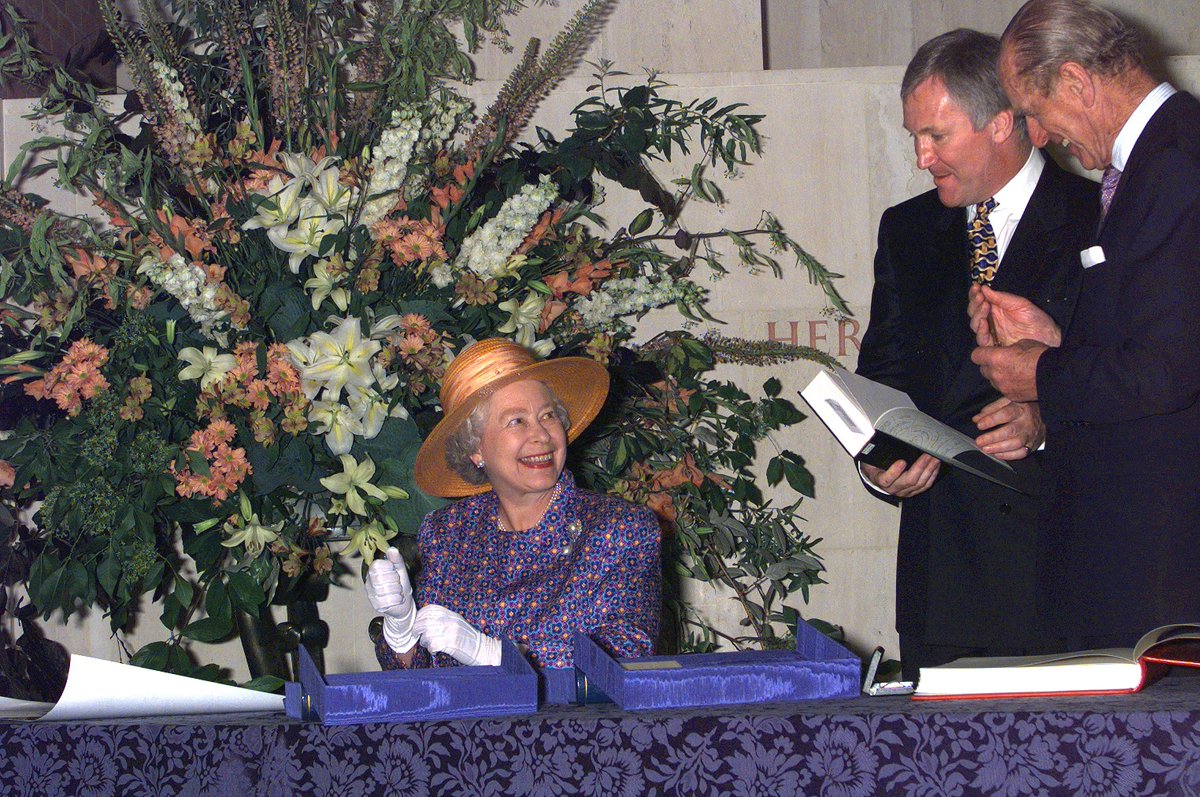 On that occasion, Her Majesty described the opening of the building – designed by Sir Colin St John Wilson, together with partner MJ Long, in a project that lasted more than three decades - as “an engagement which has, I think it is fair to say, been in my pending tray rather longer than most.” 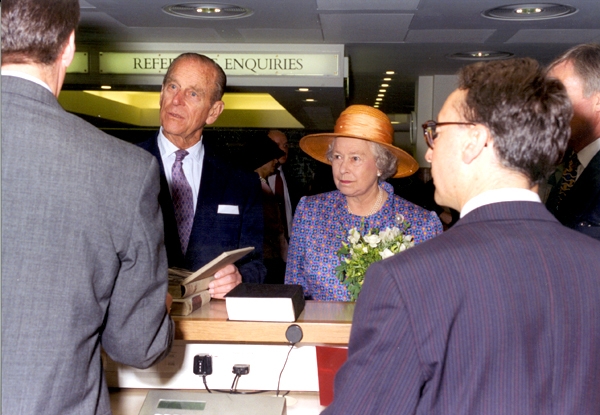 Nevertheless, she took the opportunity to congratulate the “architects, builders, engineers, designers, technicians, and management, to whom this labour of love must have seemed at times to be endless” and hailed the result as: “this remarkable building… to my mind it is truly worthy of our country’s contribution to literature and scholarship, to science and technology.”

Her Majesty had a direct family connection to several of the Library’s founding collections, including the Royal Manuscripts collection - transferred to the British Museum by George II in 1757 - and the collection of George III (the ‘King’s Library’), which was bequeathed to the nation by his son, George IV. The Royal Music Library, with its outstanding collection of Handel manuscripts, which had been on loan to the British Museum since 1911, was donated by Her Majesty herself in 1957. 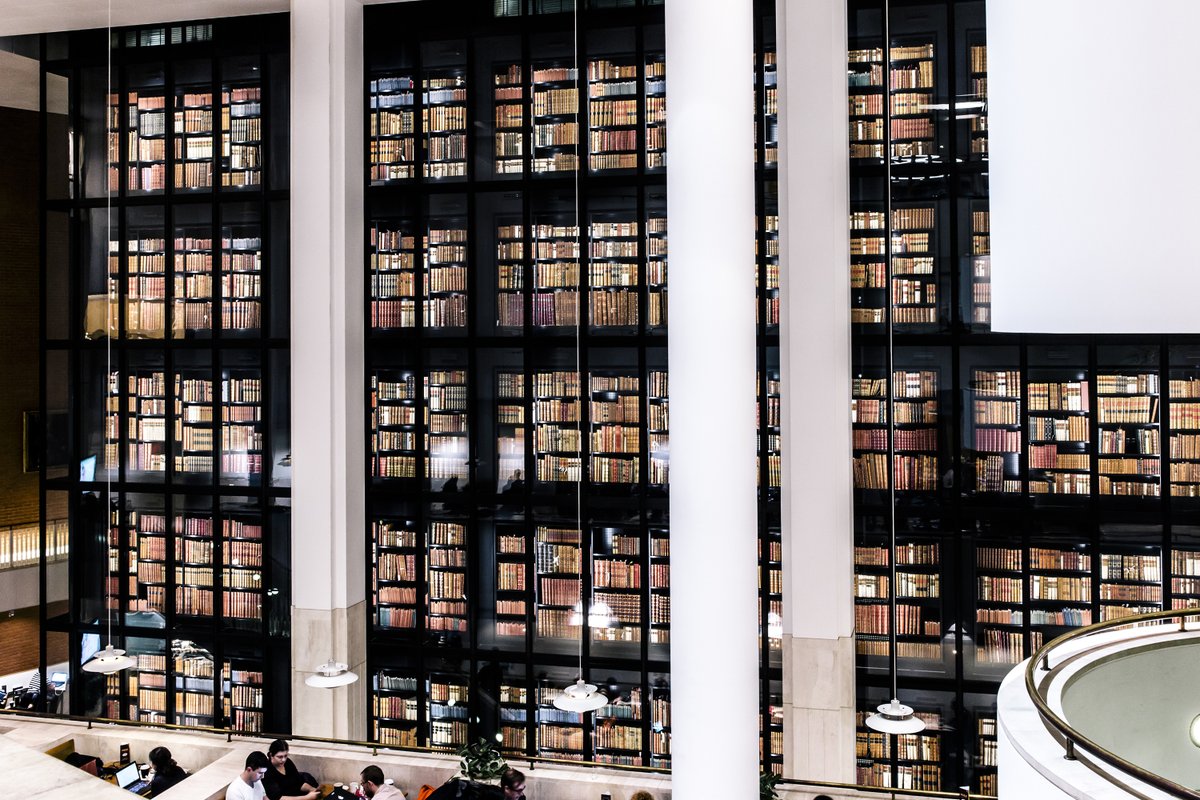 In her opening speech, she observed: “it is reassuring to find that – digital revolution notwithstanding – the books collected by King George III are still at the very heart of our national library - and given such a prominent place in the glass tower behind me.”

In 2011, Her Majesty, accompanied by HRH Prince Philip, the Duke of Edinburgh, visited the Library to open our exhibition, Royal Manuscripts: The Genius of Illumination. 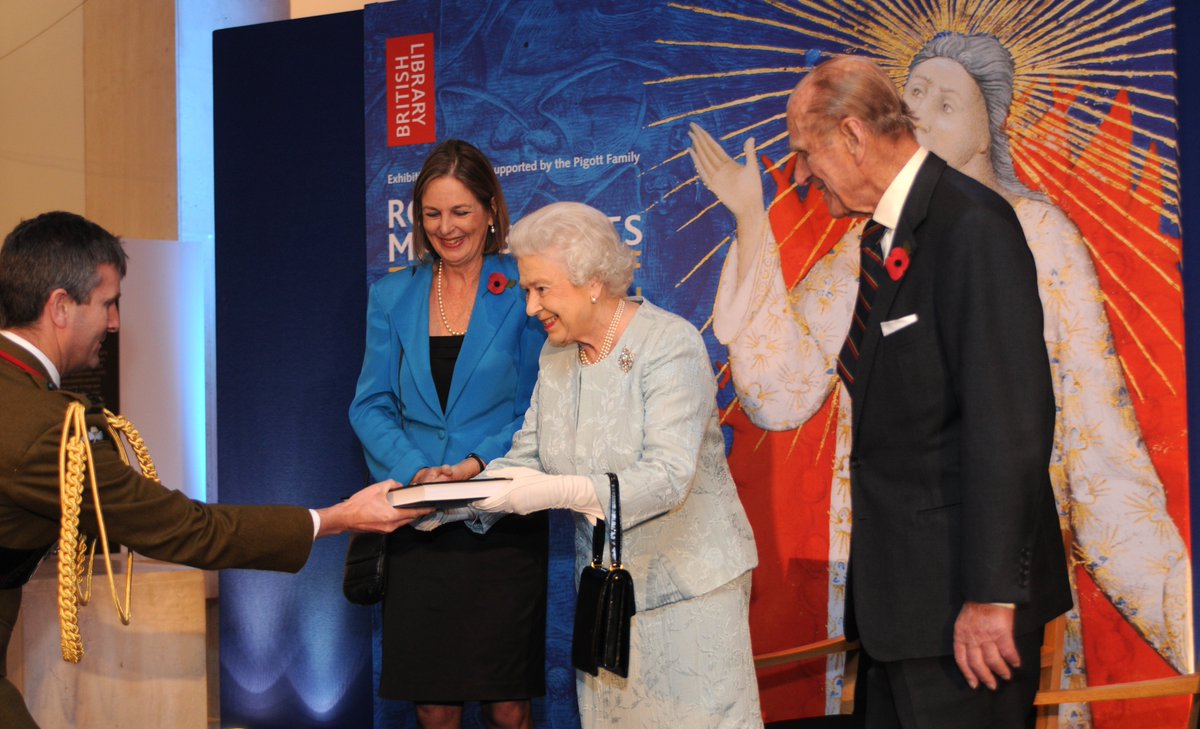 This was one of several visits over the years, including the opening of our exhibition on the history of British newspapers in 2006. Her Majesty also had a formal role, enshrined in the British Library Act, of appointing one member of the Library’s Board.

Her Majesty Queen Elizabeth II will be warmly remembered at the Library, especially by everyone who met her during her visits here, or on other official occasions. 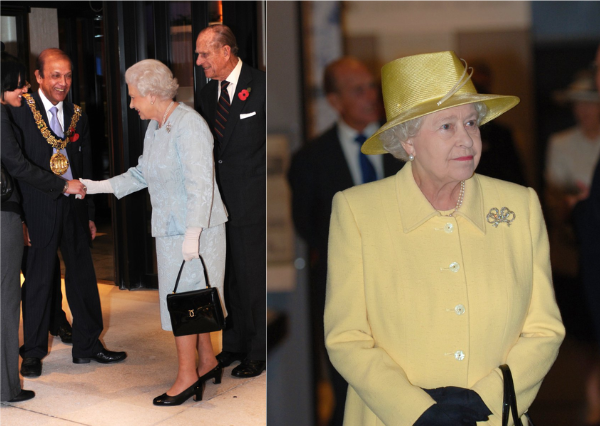 The Queen's 1940 broadcast in our Sound Archive

Her Majesty the Queen’s speeches and broadcasts have been a source of comfort and inspiration for many:

Throughout her life she offered words of wisdom and comfort to the nation. This edited extract from a radio broadcast in our Sound Archive dates from 1940, during World War II. Princess Elizabeth, then aged 14, speaks to the children of Britain, in particular those who had been evacuated and were separated from their parents, as she often was herself during this time. 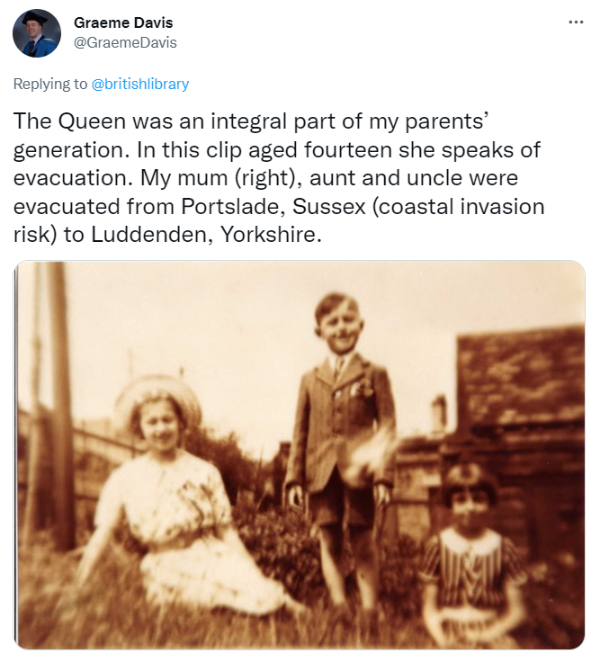 We will never forget her compelling words, as well as her support and belief in our mission at what was a crucial moment in our history as the UK national library.