Behind the Scenes at the British Library: Sandra A. Agard, Learning Facilitator for Schools

In this special edition of Behind the Scenes, we sat down with Sandra A. Agard, our Learning Facilitator for Schools.

Sandra is also a well-renowned storyteller, writer, and cultural historian. She recently won an honorary fellowship with the Royal Society of Literature, as well as the Benson Medal; an award given to those who have demonstrated conspicuous service to literature throughout their career. 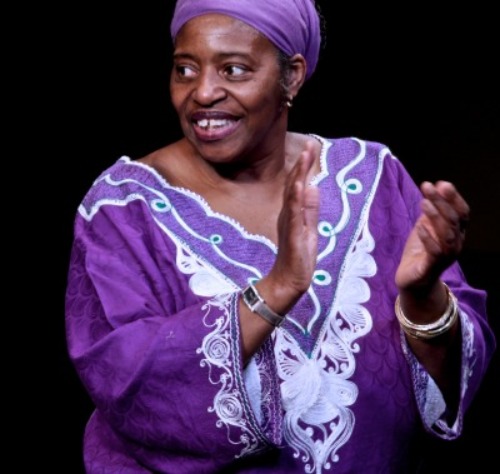 What do you do as a Learning Facilitator for Schools?

‘We conduct creative arts workshops with primary and secondary schools. We organise workshops around the exhibitions - so currently there’s one on Alexander the Great. But we also do other workshops - we’ve got a creative writing one at the moment, we do the Black British Literature timeline, Windrush Voices, Sacred Texts, Listen Up - it’s vast. We do quite a few sessions using the British Library’s massive collections!’

Could you tell us about what you do outside of the Library?

‘Outside of the Library, I’m a writer, author, a book doctor, a literature consultant. I’m a creative writing tutor, and I mentor some young people in their creative writing, and life issues from time-to-time’.

How did you come to work at the British Library?

But then, Sandra saw the listing for the Learning Facilitator for Schools role, and decided to go for it.

‘I didn’t think I’d get it. I was in Nunhead doing a workshop, and I got a phone call from the Learning Manager. I got the job! You know when you do a happy dance? I did that!

'I was so, so pleased. I joined with Reuben Massiah, another Learning Facilitator - our first day was the first day of lockdown. I had dreams of walking to the Library, but it actually was from my bedroom upstairs to the computer in the living room. So that was bizarre, being introduced to the Library by the thing that’s always been my nemesis [technology].’

Can you tell us more about your previous work at libraries?

‘I started working at Islington Libraries as a Saturday assistant back in the mid-70s. Eventually I became a library advisor for racial groups in Islington; so I worked with the community. Those days – when Libraries had more funding – I would help community groups establish their own libraries.

'Then, I got the big jobs in Southwark and Lewisham as a Literature Development Officer. The role was to promote literature to the libraries, and to the wider community. And, because I was a writer and a storyteller, it extended – I did creative writing classes, book groups, storytelling training for families and librarians.

'I worked for a while in prisons, both men’s and women’s. I was a Reading Resident, where I developed book groups. It was very interesting, because you were working with people who had gone down a different path. Stories that I would tell children, I’d be telling these men and women, and for them it was really exciting. They’d say things like ‘if we’d had people like you in our lives, we wouldn’t be here now.’ It was one of the best times of my life, those couple of years I worked in those prisons.’

It’s those contributions to literature that earned you the Benson Medal and an honorary fellowship with the Royal Society of Literature. What do they mean to you?

‘They mean a lot. My mum and dad gave me my first exercise books where I would write my stories, so I always thank them first. Evelyn and Cecil Agard. They came from Guyana, South America, in the 1950s. They got married here, had my two younger sisters and me. I owe them everything.

'Mum was a nurse. She had five children, all girls, and she didn’t want any of us to be nurses. She was treated terribly. But she worked full time and brought us all up. Even though my mum was a night nurse, she made sure she was always there at my school plays in the morning. I was wondering, ‘when does she ever sleep?’ She was amazing.

‘My dad was a mathematician, he loved maths. He wanted to be an architect, but in the 50s, that wasn’t going to happen. So he worked at the British Oxygen Company as a Test Engineer and really stood up for the workers’ rights. We always used to go to Speaker’s Corner as children, so we were very political. Both my parents have passed now.

'And then, my beloved sister Brenda Agard, who passed in 2012. She was a photographer, writer extraordinaire, a wonderful person. And my Uncle John Agard - no relation to the poet - who told great stories. Those four people are very important to my life. I owe them everything.

'I always begin with family, because it’s so important. Our family’s very small now, but I’ve got my cousins, and my sister, and my nephew, and my sister’s partner. And I’ve always had a community of library people to help, they’ve just been fabulous. I’ve been very lucky. The medal is not just for me, but for all these people who have been in my journey.’ 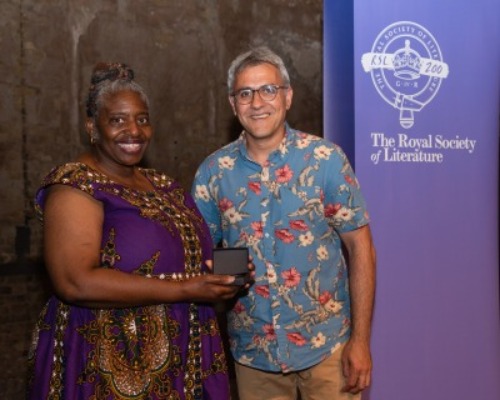 In discussing some of the world’s most-loved writers who also earned the Benson medal and RSL Honorary Fellowships, Sandra went on to say:

‘Well, C. S. Lewis. The Lion, the Witch and Wardrobe is one of my all-time favourite books! And I think Tolkien – my goodness! In the company of these greats.

‘When you set out to do this, you don’t think you’re going to be awarded anything, you just do it. I do it for love. I’ve always had a passion for libraries, and reading, and books, and to be able to be a part of somebody else’s journey, to get them writing, to get them reading, to get them loving literature and words. And I’m doing that now here at the Library.

‘I love the sense of place. When people come in, their breaths are taken away. It’s really exciting. I love working with the smaller children – this place kind of swamps them, but yet they’re part of it.

‘Yesterday, we had a group from Manchester, young girls. They saw Jane Austen's desk and the Blake drawings in our Treasures Gallery. They’ve been studying these writers, and now to see their artefacts, it puts things into perspective. It’s exciting for them; their teacher was overwhelmed, they were overwhelmed. When you see the joy that it gives people; it’s wonderful.’

Do you have a favourite item in the Library's collection? 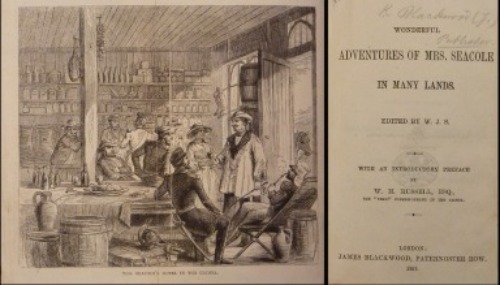 Wonderful Adventures of Mary Seacole in Many Lands, 1857. Mary Seacole has often been described as the black Florence Nightingale, another nurse who came to public attention after reports of her selflessness in helping wounded soldiers during the Crimean War.

‘We have a first edition copy of Mary Seacole’s autobiography. Mary Seacole is very close to my heart. As a storyteller, I would wear a Georgian dress and re-tell her story through the eyes of her sister, Linda Grant. It was just fabulous!

‘So many people have remembered that. It was years ago, and a lot of people approach me and say ‘Oh, I remember you told Mary Seacole’s story!’ And to come into the Library and to see her original autobiography, which is still in print to this day, that, to me, is one of my favourite items.’ 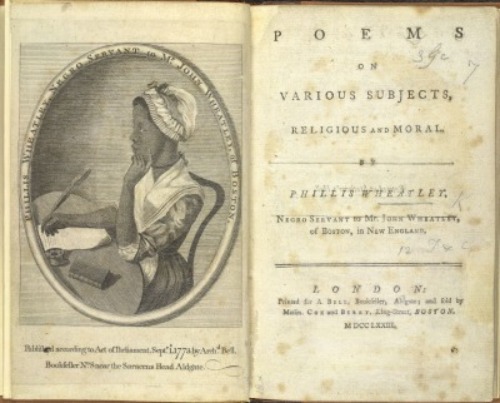 ‘We’ve got Phillis Wheatley’s manuscripts as well. They call her the ‘slave poet’. She was a young girl in America who was taken from Africa in 1761, and renamed Phillis after the boat she was brought on. She was educated by the family who purchased her, the Wheatleys, and she was very adept at reading and writing. As a young girl, she wrote poetry against slavery.

‘It was amazing to see her original copies, because her books couldn’t be published in America, so they were published here. This is what we’ve got here at the British Library! Original from all those years ago. It’s also on our Black British Literature timeline, which looks at 50 writers over 400 years of Black writing in this country.’

‘And dare I say, I’ve got a new one out called The Lion Keeper. It’s a children’s fact-fiction book that tells of a young boy who’s taken from Africa. He was brought to the Tower of London to look after the Lions.

‘Also, I would urge everybody to learn a poem that they always keep in their hearts. I have two: Grace Nichols’ Give Yourself a Hug, and Shel Silverstein’s Snowball. Those are my two favourites. So always keep a poem in your heart, that’s what I’d say.’