Welcome back to our Treasures Gallery! 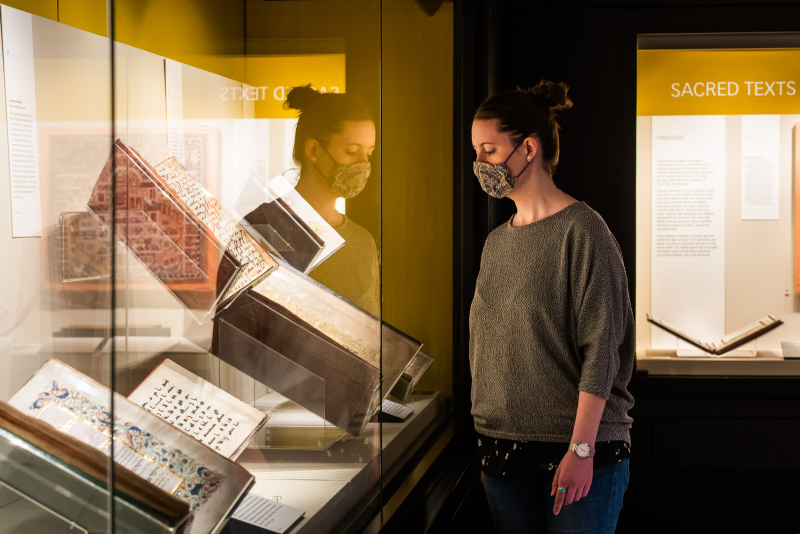 What do The Beatles, Florence Nightingale and Andrea Levy have in common? You’ve probably already guessed: they are all featured in our Treasures of the British Library Gallery. After an absence of some five months (has it really been that long?), the Gallery re-opens to visitors with a pre-booked ticket from 1 September 2020. The books, maps and manuscripts have missed you: you may have missed them, too. So what can you see?

First of all, regular visitors to the Treasures Gallery will notice that a few things have changed. We have introduced a new, one-way route to enable you to navigate safely past our collection items, observing the social distancing regulations while at the same time allowing people space and time to admire the objects on display. For that reason, our dedicated Magna Carta room has been closed, but fear not. Both Magna Carta, in the original version issued by King John in June 1215, plus the papal bull which annulled it weeks later, have been moved to the Historical Documents cases in the centre of the gallery, where they will have more room to breathe. Fun fact: did you know that Pope Innocent III, writing in August 1215, described Magna Carta as ‘illegal, unjust, harmful to royal rights and shameful to the English people’, and declared this now famous document to be ‘null, and void of all validity for ever’?

We’re delighted to say that a significant number of our greatest historical and literary treasures remain on display, to the wonder of many first-time visitors. These range from pages of one of the notebooks of Leonardo da Vinci to the writing desk of Jane Austen, and from Shakespeare’s First Folio to Michelangelo’s anatomical illustrations. Our collections are truly global, and this is reflected in items such as the Ma’il Qur’an (the Library's oldest Qur'an manuscript) and Codex Sinaiticus (an early manuscript of the Bible, and the first to contain the complete New Testament). Another fun fact: Leonardo wrote in mirror handwriting (please don’t complain if you think his notebook is upside down).

Also on display, on the 200th anniversary of her birth, is Florence Nightingale’s original Diagram of the Causes of Mortality in the Army in the East. Nearby is a poignant letter by the composer and anti-slavery campaigner Charles Ignatius Sancho, author of one of the earliest accounts of slavery written by a former enslaved person. We have Andrea Levy’s working drafts for Small Island and The Long Song, and the laboratory notes of Marilyn Monk and Cathy Holding, pioneers of genetic diagnosis. It’s estimated that the British Library holds upwards of 170 million collection items, growing by several kilometres of shelf space per year. Of course, it’s impossible to display everything, but in the Treasures Gallery it’s always possible to stand on one spot, to rotate 360 degrees, and to gaze in admiration at old favourites and newly-discovered gems.

One thing that visitors may notice is that we’ve increased the number of items in the gallery that were composed or owned by women. We were already working actively towards this when lockdown fell upon us. Over the past few months it has been impossible for our curators, conservators and exhibitions staff to access the Library’s collections, meaning that this remains a work in progress; but we do have an active and long-standing commitment to represent diversity in the Treasures Gallery. If you are able to come to St Pancras, we’d highly recommend, for example, that you look out for our Art of the Book display, which is dedicated to women artists including Karen Bleitz, Joumana Medlej, Christine Tacq and Angela Lorenz.

Before you book your free ticket, please take a look at our Treasures Gallery page, which includes information on how to plan your visit, data protection, and track and trace, all for your own comfort and safety. Most importantly, we hope you all keep safe and well (Florence Nightingale would approve), and that we can welcome you once more to view some of the highlights from our awe-inspiring collections.

From Magna Carta to West Africa – cultural highlights for 2015

Today we raise the curtain on our cultural programme for 2015.

It’s shaping up to be a landmark year, and follows 12 fantastic months for cultural activity at the Library. Thanks largely to our Comics Unmasked show earlier in the summer and our current exhibition, Terror and Wonder: the Gothic Imagination, visits to our events and exhibitions are up 40% on last year – with more than one million visits this year already. 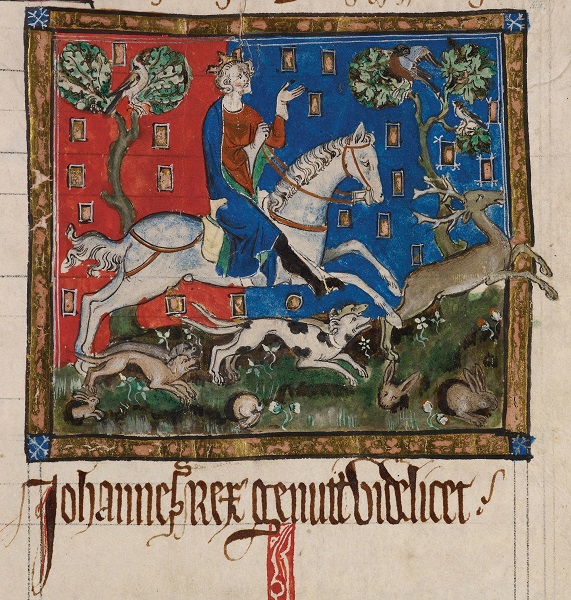 The total number of visits to our building at St Pancras – to a public event or exhibition, to use a Reading Room, or to use our wifi-enabled public areas to work, think or meet – is also rising. Nearly 3,500 people come into the building every day, while online we’ve seen almost three million people exploring our learning websites, including our magnificent literary site Discovering Literature.

We’re keen to build on this success and cement our position as a destination for unique and compelling cultural experiences in the year ahead.

This is the third consecutive cultural preview I’ve hosted since joining the Library and it’s always a moment of great excitement and anticipation. As in previous years, we’re unveiling the new season with a press event at St Pancras, offering several dozen journalists a flavour of what we have planned for 2015.

It’s always a challenge to tempt busy journalists out of the office and over to the Library, so we make sure we have a good range of news stories and collection items on view, and our curators are available to answer questions and provide the sort of vivid details that really bring a story to life. Crucially, there’s a rare thrill – even for the most hard-nosed media professional – in seeing these items out of their case and in front of one’s very eyes, and this year is no exception.

In 2015, we’re staging two major exhibitions which reflect the staggering diversity of the British Library collections.

Magna Carta: Law, Liberty, Legacy, (13 March – 1 September) sponsored by the global law firm Linklaters, will be the world’s largest exhibition to mark the 800th anniversary of the sealing of the Magna Carta.  It will explore the transformation of this iconic document from medieval peace treaty to globally-recognised symbol of liberty, and indicate how its power has been used, and abused over eight centuries of history.

Tickets are on sale now. For more details visit www.bl.uk/magna-carta and you can follow the @BLMedieval team on Twitter, and via their award-winning blog as they prepare for this once-in-a-lifetime exhibition. 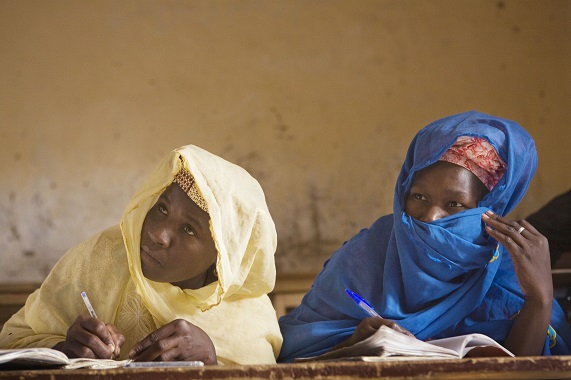 Our other major exhibition, running in Autumn 2015, will celebrate the rich cultural and literary heritage of West Africa.

Through sound recordings, original manuscripts and objects ranging from dazzling fabric creations to religious sculpture and jewellery, our West Africa exhibition will explore literature, faith, politics and music from Nigeria, Ghana, Mali and the many of the other countries in the region. It will showcase West Africa’s long literary heritage, and centuries-old oral histories, communicated through story-telling, music and sound.

You can find full details of everything featured in our 2015 cultural preview in the accompanying press release. Other highlights include our newly announced acquisition of more than 100 letters written by Harold Pinter as a young and budding playwright, our plans to celebrate the 150th anniversary of the publication of Lewis Carroll’s Alice’s Adventures in Wonderland, and the expansion of our Discovering Literature website to encompass writers from the 20th century, to feature alongside the Romantics and Victorians that are already represented.

To finish on a personal highlight, it was a huge pleasure to welcome the artist Cornelia Parker to our preview event to talk about a project that will form one of the most memorable legacies of our year-long celebration of Magna Carta. At almost 13 metres long and 1.5 metres wide, Magna Carta (An Embroidery) will replicate the Magna Carta’s Wikipedia article as it appeared in its entirety on the 799th anniversary in 2014.

It’s a unique response to the legacy of Magna Carta in the digital era, and is a huge collaborative project, with contributions by over 200 people, from prisoners, lawyers and civil rights campaigners to barons and MPs.

Magna Carta (An Embroidery) will be on view to all visitors to our Entrance Hall exhibition space from 15 May to 24 July next year. It’s a very apt symbol of how the Library enables encounters between centuries of history and the digital age, medieval sensibilities and modern creativity – we hope for many more such encounters over the coming months.