Stargazing with maps. In the dark?

Like many I enjoyed watching Stargazing Live on BBC TV recently. Live televised astronomy is a risky business, especially in the UK where the odd cloud does tend to appear occasionally, obscuring what lies behind it, and with it the entire point of the programme. Clear night skies last week therefore constituted almost supernaturally good fortune.

Very few of the participants huddling round their refractors had any star charts alongside them. Star maps do assist stargazing, but they exist usually at one remove since they are not very legible in the dark. Until relatively recently when star chart smart phone apps with special ‘night mode’ settings came along (red, so as not to alter the eye's adjustment to the dark), there wasn’t really any way round this, despite inventive solutions in charts such as white on black printing. Clearly nobody thought of using glow-in-the-dark ink. 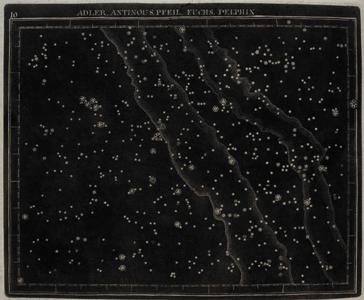 For the majority of amateur astronomers, locating a star or planet is done via a combination of prior research (using the brilliant Philip's Planisphere), dead reckoning and guesswork, or else allowing the telescope's computer star catalogue to find the star itself. The function of a celestial chart or celestial globe has always been instructive and educational, far more than it was practical.

Celestial globes and many charts are completely useless for matching up against the night sky, because they show the sky 'back-to-front.' They are conceptual models. The ‘celestial sphere’ was thought by the ancients as a giant globe encasing our solar system, with the ‘fixed’ stars as points upon it. Our viewpoint is as one outside the globe looking in, not inside looking out. So, utterly useless for matching up with the night sky, but utterly brilliant for making sense of the whole thing. 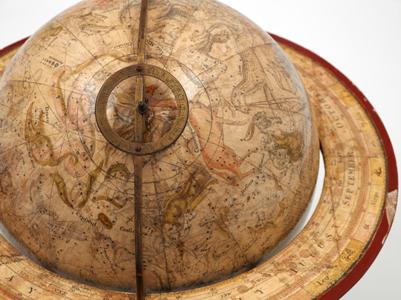 Pocket globes, with the celestial sphere on the inside of the case, visualise it even better. 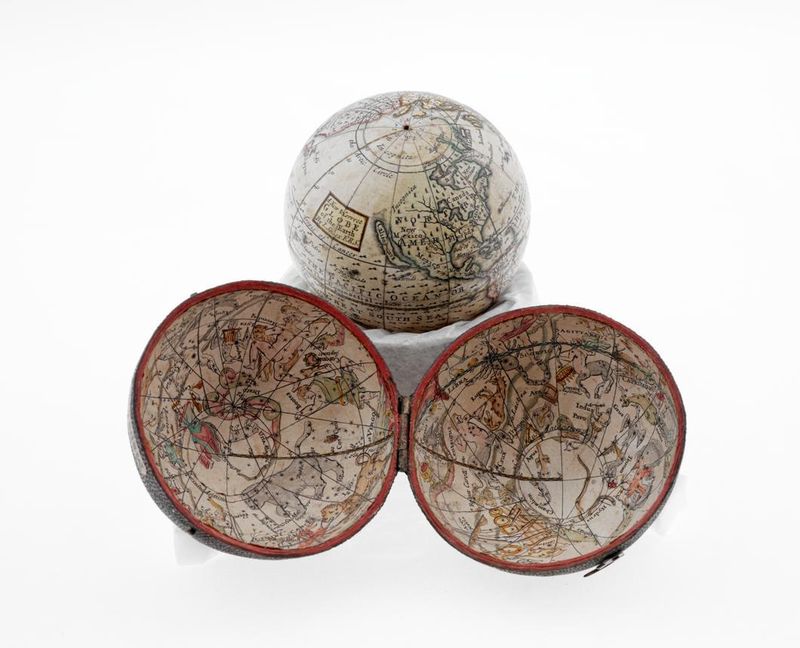 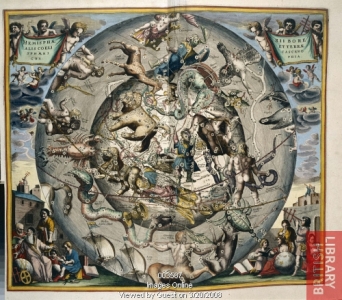 The idea of a celestial sphere, excellently shown on a flat page by Cellarius in 1660, continues to be a great model of how it all works. So much for explaining the concept of the celestial sphere. But what about the important stuff like how to know where north is, or what time it is, by looking up at the sky from a viewpoint of the middle of the sea in the middle of night? Important stuff if one’s life depended upon it. 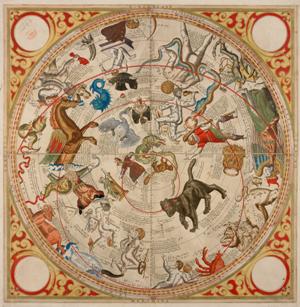 And that may be the key to it. Astronomy is merely now a hobby for most, albeit Britain's national one. The first star charts printed in the UK, by Thomas Hood in 1590, accompanied a little navigational teaching manual for sailors. These showed the sky back-to-front too, but the imaginative leap seems not to have been as difficult then as it is for many of us now.