Somewhere, somewhere in a field in Herefordshire...

Here is an aerial view of a small farm outside Bromyard in Herefordshire: 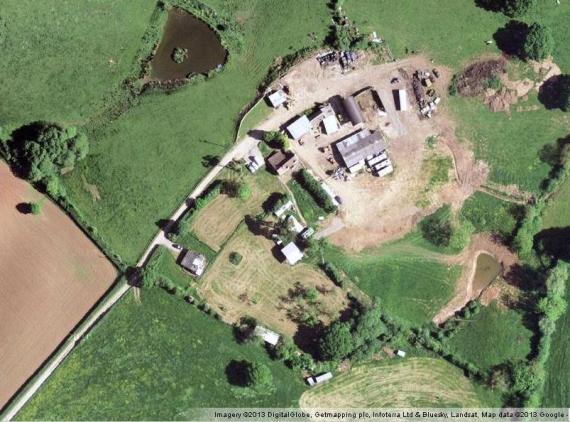 We’ve got used to expecting large scale aerial and satellite imagery of tiny rural areas ‘on tap’, which is remarkable in itself. These images correspond to what we imagine the English countryside to look like from that high up, from that particular angle.

For three days a year, these fields become Nozstock, a music and arts festival for 5,000 people, comprising 4,995 teenagers, plus me and my crew. For us the festival-goers, this small farm in Herefordshire actually looks more like this: 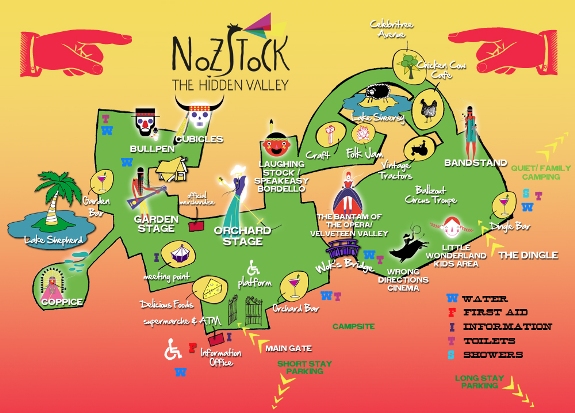 For a large number of people, the reality of these few acres is actually the map included on the centre pages of the programme. It’s a typical festival map, an ‘amateur’ (i.e. not by a trained cartographer) map, fashioned for the festival goer. It is stylish, bold and yet easy to read, compact.

Festival maps are part of the explorative festival experience,  discovery, and the anticipation of those discoveries. Maps and photographs in holiday brochures do a similar thing.

The map shows a temporary place, occurring annually, rather like the limits of Antarctic ice. I doubt many people (besides my friend Drummond, a 'retentive' chap who has collected and neatly preserved each of his 10 Glastonbury festival fold out maps) will have kept the map, but actually it is more permanent than the place it illustrates. The festival and its the temporary village of tents with muddy (thanks for that) walkways between them, will gradually fade away over the course of the year, before re-forming in a slightly different order.

And when Google update their satellite coverage of the UK, what happens to the superseded data? Some mapping is in fact remarkably temporary. Thank goodness, then, for map libraries.