Historic maps in the public domain 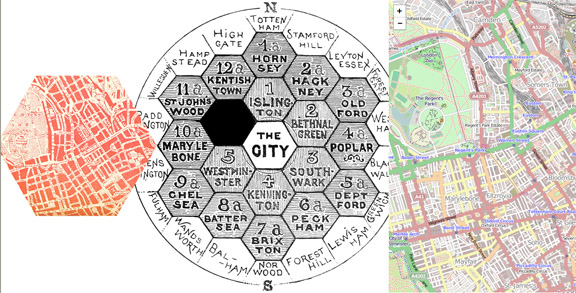 The first printed catalogue of King George III’s Topographical Collection was published in 1829. It organised the 50,000 or so items geographically and alphabetically. At the same time, or slightly earlier, the collection was given shelfmarks beginning with ‘Maps K.Top.’ followed by a sequence of letters and numbers. It appears that when the King’s agents and librarians were buying for him they purchased bulk lots and volumes of views which they dis-bound and deconstructed and then reconstructed according to geographical region. Hence, drawings and prints by the same hand or from the same publication are spread across the entire collection.

Many of the works bear pencil or pen and ink inscriptions identifying the locations which, more often than not, were added by a later hand, not that of the artist, printmaker or cartographer. In some cases these identifying inscriptions appear to be in the hand of earlier owners, while a majority of others appear to be done by those looking after or ordering the collection, probably in the 1820s.

The only other time at which part of the collection was catalogued was in 1844 when the drawings and manuscript maps catalogue was published. Largely unchanged from the 1829 catalogue entries, they did however elaborate slightly on the titles of the works and provide dimensions. At some point the shelfmarks of large maps and rolls changed and in the 1940s the loose maps and drawings were bound in 235 guard volumes according to geographical region. Thereafter the catalogue was not rewritten or revised until 2013 when the current digitisation and cataloguing project began.

The cataloguing and ordering of this vast collection in the 1820s was bound to contain a few errors. It is the misidentification of locations, cataloguing errors and attribution oversights which this series of blogs will focus on. Errors in identification and attribution are not just interesting because they challenge the modern cataloguer to identify the correct subject or artist: they are interesting because they go some way to demonstrating how the works were ordered, labeled and catalogued in the 1820s. 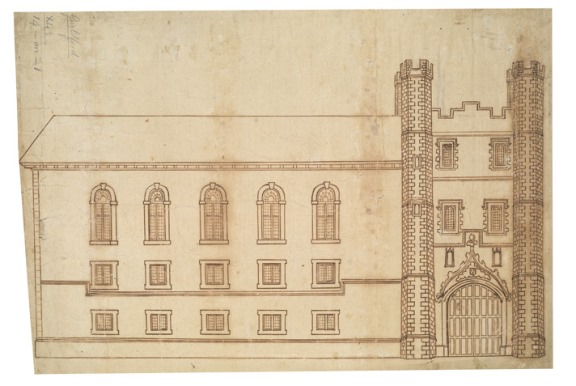 One such item which has evaded propser identification is Maps K.Top.40.14.m.1. which was incorrectly catalogued as Trinity Hospital, Guildford [Illustration 1]. The drawing bears the inscription ‘Trinity Hospl founded by A.Bn Abbott at Guildford, Surrey' in pencil on the verso and was catalogued in 1829 as’ A drawn View of Trinity Hospital at Guildford’ and as ‘An outline view of Trinity Hospital at  Guildford’; drawn about 1720’ in 1844 [Illustrations 2 and 3]. The drawing is in brown ink on laid paper. There are no other similar drawings in the collection which might help to identify the hand or provenance. 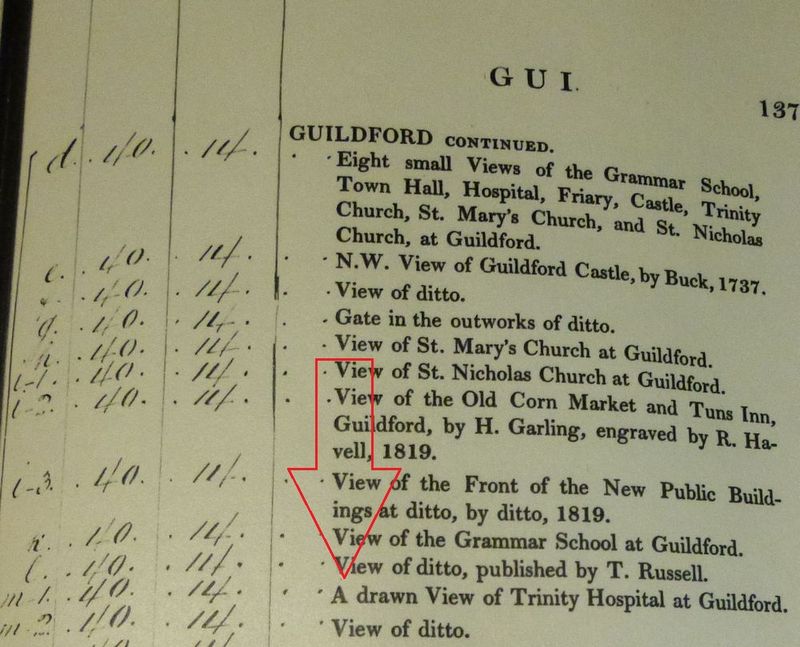 Catalogue entry for Maps K.Top.40.14.m.1. in Catalogue of Maps, Prints, Drawings etc forming the geographical and topographical collection attached to the library of his late majesty King George the Third (London: 1829) 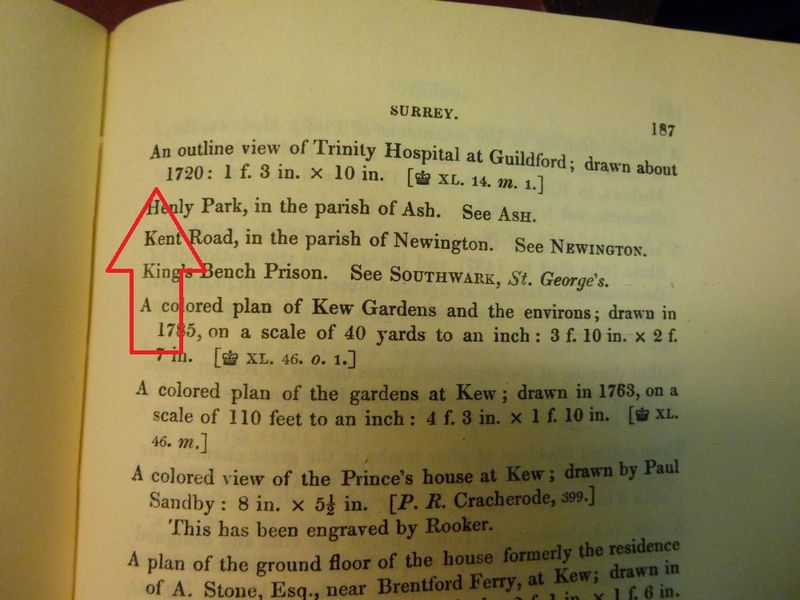 Catalogue entry for Maps K.Top.40.14.m.1. in Catalogue of the manuscript maps charts & plans and of the topographical drawings in the British Museum (London: 1844)

Trinity Hospital (sometimes called the Abbot’s Hospital) in Guildford as it appears today is quite different to the structure depicted in the drawing. For excellent photographs of the building see the British Listed Buildings Website: http://www.britishlistedbuildings.co.uk/en-288945-hospital-of-the-blessed-holy-trinity-sur/photos

Although the incorrect identification was in place by 1829 it could have occurred at any time before this date and in this instance we cannot entirely blame the cataloguers. The handwriting which misidentifies the building is not typical of the inscriptions placed by George III’s librarians or British Museum staff. However, while the incorrect identification may have been an earlier error, it was not questioned when the 1829 and 1844 catalogue entries were written. This is especially surprising as there is an etching of the façade of Trinity Hospital at the next shelfmark Maps K.Top.40.14.m.2. [Illustration 4]. 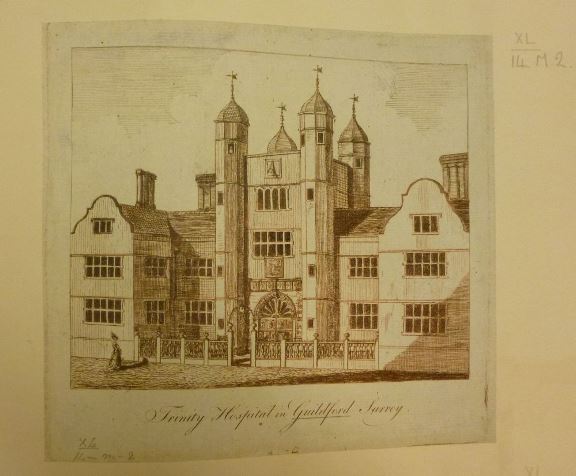 A quick comparison of the two highlights the striking difference between the two gateways and facades depicted: 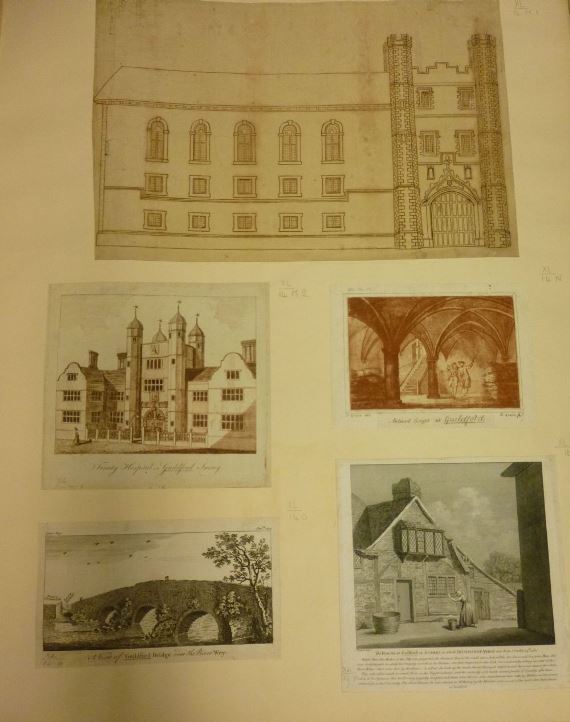 This suggests that the 1829 cataloguers merely transcribed what they saw rather than questioning identification or attribution which in turn led to incorrect catalogue entries in some instances. One of the benefits of cataloguing and digitising the King’s Topographical Collection is the opportunity to re-evaluate the 19th-century cataloguing and make these unknown views, plans and drawings more visible in the hope that correct attributions and identifications can be attached to them.

The next blog in this series will look at the watercolour artist Charles John Mayle Whichelo and the recent discovery of a number of his drawings in the King’s Topographical Collection.

For the defence of Plymouth: a map and a report

Maps often accompanied military reports, and it was a treat to come across a neat example of such a set of documents whilst cataloguing maps of the UK in the Topographical Collection of George III.  ‘A Report on the general Plan of Defences, for the security of the arsenal of Plymouth, by Lieutenant Colonel Dixon chief engineer of the Division’ (Maps K.Top.11.79.), dated 10 January 1780, comes in a form of a stitched booklet on three sheets  of watermarked paper with golden edges. ‘No expense spared’ – as one of my fellow cataloguers put it. 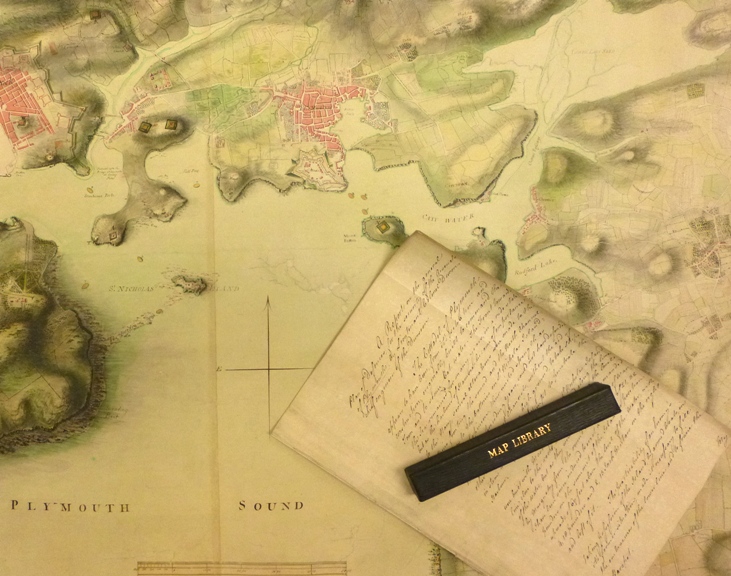 The author, Matthew Dixon, was appointed a Lieutenant-Colonel in 1777, and later become a Chief Engineer Colonel, assigned to the Plymouth Division. He was also involved in surveying the county of Devon, drawings of which were retained by the Ordnance Survey (see corresponding maps in the British Library here).

As a Chief Engineer Colonel Dixon reported the necessary changes to the plan of defences of Plymouth Sound to the Master General and to the Board of Ordnance, as follows:

'[…] as the harbour of Plymouth became of importance to the Navy, several alternations were made to the batteries fronting the sound and the North Channel, as well as to the batteries on St. Nicholas Island; yet, I am of opinion, their united strength as established in preceding years, could not have defended the North and West Channels, without the aid of other batteries placed on high ground, to take ships in stern as they might attempt to penetrate the Harbour'.

After explaining the ‘reason for removing the guns which presented inwards to the harbour’, the Colonel moves to alterations made to the placement of batteries and their artilleries:
‘The battery on the right of the lines marked C on the Plan, is furnished with 6, 24 pounders, and is intended to cooperate with the battery on Mount Wise in the Defence of the interior passage of Wester-king.’

‘The cavalier battery on the left of the lines marked V on the Plan, is furnished with 7, 12 pounders, and is intended to cover the Ordnance Arsenal and to strengthen the weaker part of the lines.’

The Colonel then goes on to propose that ‘the positions for ships to serve as floating batteries at the entrance as also within the harbour’, where

‘The ships marked 9, 10 & 11, are proposed to be armed with heavy artillery, to defend the interior passage near the Navy Yard, and to annoy the Enemy, after they had taken possession of Maker Hill, and to oblige them to send batteries to drive them away, before they could advance to the attack of the Obelisk redout’. 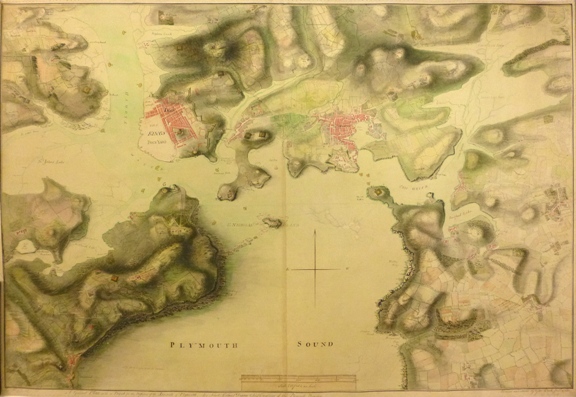 As for the map itself, it is a skilfully drawn plan of Plymouth Sound, including St. Nicholas Island and the citadel, docks and fortifications. A three-dimensional impression of the area is achieved by means of shading and pictorial relief, both executed to perfection. The background is filled by the Colonel with inland batteries, marked A to Z, and with “floating batteries”, marked 1 to 15.

There is a human quality to even these military objects. As clichéd as it may seem, there is something surprisingly touching in the fact that the Colonel’s handwriting is not equally immaculate throughout the whole report, revealing a slight rush or impatience towards the end; the fact the map had to be ‘revised and corrected’ by somebody else and shows the marks overwritten and altered. The Colonel’s strategic arrangements unravel right in front of our eyes.
They were subsequently revisited and revised to be fit for a presentation to the Board of Ordnance. Nevertheless, the human element in this particular object is apparent and it is a pleasure to be able to describe it in a slightly different way to how it is described in a bibliographic catalogue record.