The art and history of globes

To coincide with the appearance of her excellent new book 'The Art and History of Globes', and also the recent appearance of the British Library's largest globe in our newly transformed Treasures gallery, the globe conservator and historian Sylvia Sumira has kindly contributed this guest blog post. Sylvia writes:

When most people think of a globe, they think of a terrestrial globe, but in fact celestial globes pre-dated terrestrial globes by many years and were first made in ancient Greece. Looking up to the skies, the stars seemed to form a sphere around the earth. Constellations were devised as a kind of aide-memoire to remembering and pin-pointing the positions of the stars. 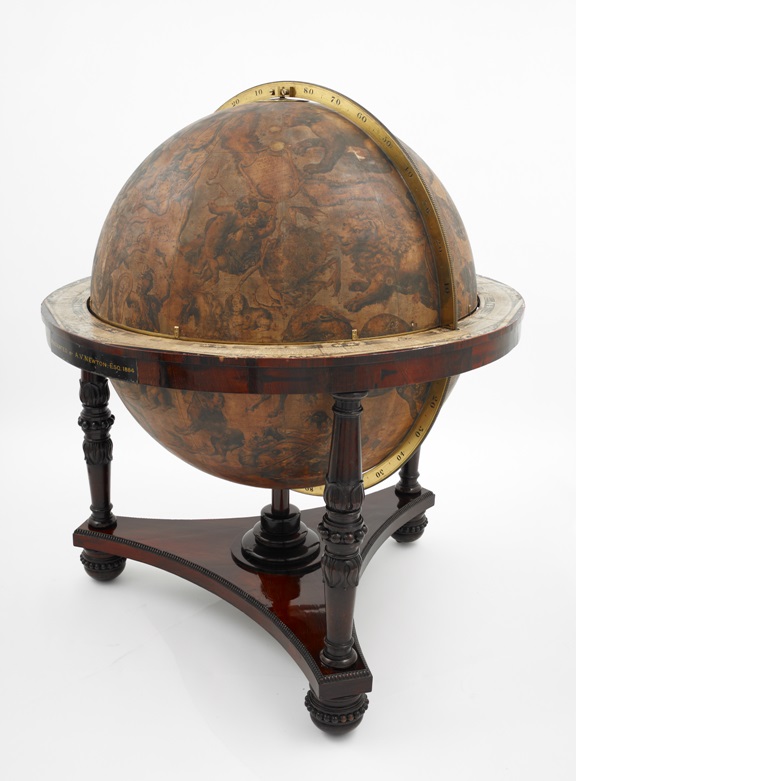 The splendid celestial globe now on display in the Treasures Gallery is the work of   Vincenzo Coronelli (1650-1718), a Franciscan monk. He is renowned as one of the greatest globe-makers of all time. (In fact, there is a society devoted to the study of globes named after him - The Coronelli Society). After constructing a spectacular pair of enormous manuscript globes for Louis XIV in the 1680s which still exist and can be seen in the Bibliotheque nationale in Paris, he set up a globe and map-making factory at his convent in Venice. There he printed and published a range of globes varying in size from tiny, 5 cm/2 inches, to large, 108cm/42.5 inches. He also established an outpost of skilled engravers in Paris so he could keep the production going. This globe is a product of the Paris workshop. The large globes were in fact the largest printed globes to have been made at the time and I can’t think of any larger printed globes that have been made since. 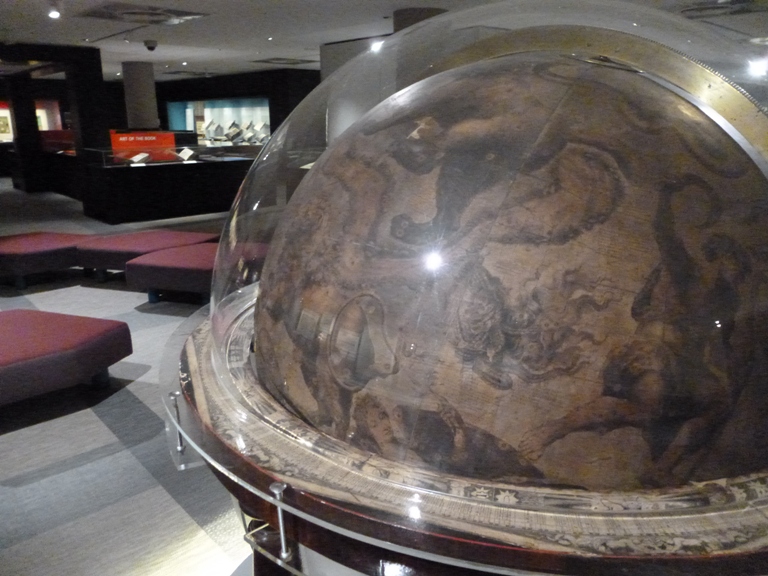 Though the globe was made in 1693, the positions of the constellations in relation to the equinoxes are given for the year, or epoch, 1700. The figures of the constellations on the globe are beautifully engraved and are named in four languages: Italian, French, Latin and Greek. This is the only example of a large Coronelli celestial globe in the British Isles and it has only just been put on display after many years in storage. Moving it from its usual place of rest was not without difficulty. The globe in its stand does not fit through most of the doors in the British Library. The globe sphere is heavy and awkward to handle and it required a team of six strong men to lift it out of its stand, so that the stand could be turned sideways to fit through the doors before being reunited with the globe in the gallery. It will be on display for many months to come, but for conservation reasons, not permanently, so this is a rare and welcome opportunity to study it close-up.