How coincidental that one of Sir John Franklin’s boats should be discovered in the Arctic at the same time as the British Library’s free exhibition ‘Lines in the Ice: Seeking the Northwest Passage‘ takes shape. The show opens in November, and we’re particularly delighted that one of the discoverers of the discoverer, marine archaeologist Ryan Harris, will be speaking at the Library in December.

Sir John Franklin is one of the most famous explorers to have attempted to find a way through over the top of Canada to Japan and China beyond. By 1845 there had been at least two and a half centuries of explorers similarly unsuccessfully attempting the same thing. But Franklin was a hero of the Napoleonic wars, and his status, the mystery, politics, and subsequent efforts to discover the truth have created a compelling narrative which continues to today with the present discovery.

Or for those who believe everything they see in maps, perhaps Gastaldi’s world map of 1561 has the answer, even illustrating the culprit. 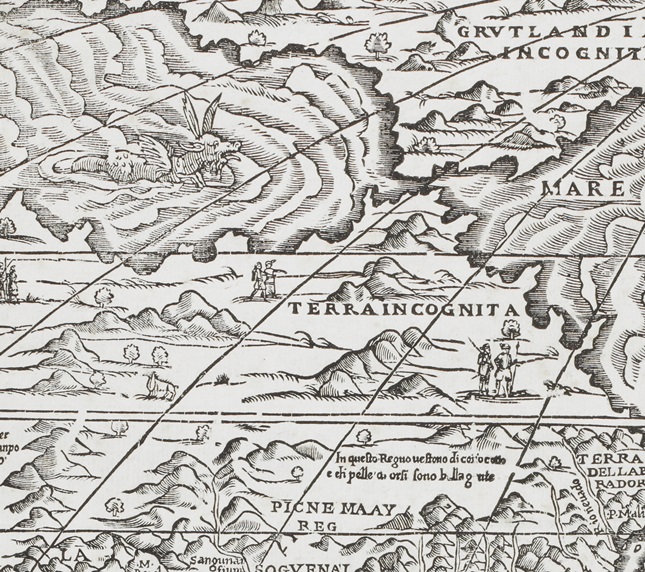 'Lines in the ice: Seeking the Northwest Passage’ opens on 14 November.