The Map Library is pleased to announce the acquisition of no less an item than the earliest recorded set of geographical playing cards, and the first playing cards to have been manufactured in England, engraved, printed and published in London in 1590. This treasure, purchased with the help of the Friends of the British Library, has now been catalogued and digitised (You may also have seen it on display recently in the Treasures of the British Library gallery). The set contains 53 cards without suit markings, each containing a tiny engraved map of an English or Welsh county, plus a general map of England and Wales. They are the second earliest engraved county maps after the maps of Christopher Saxton, whose atlas was published in 1579 and later. They were probably copied, in fact, from Saxton’s general map of England and Wales. 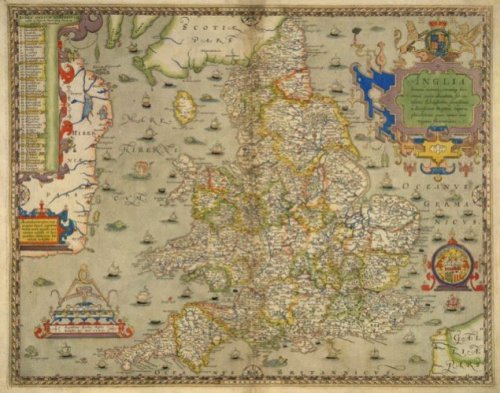 The counties are arranged into 4 sets of similar geographical region (Wales, North, West, East) and numbered I to XIII in order from the smallest county to the largest. Each set has a different engraved pattern border, which have been engraved with wonderful expression (which may also be rushed, after all, the engraver had 52 of them to complete). The maps are accompanied by excerpts from William Camden’s 'Britannia', which had been published in 1586, four years earlier.

They were engraved in copper by Augustine Ryther. Ryther, possibly from Yorkshire, was one of the few English engravers employed to engrave Saxton’s maps (the best engravers in England at the time were Dutchmen, many of them protestants having fled persecution from the continent).

Ryther is an interesting man, a key figure at a crucial time of map and image printing in Elizabethan England. Peter Barber believes that Ryther went on to be agent and seller of Saxton’s maps after a time. He was also an instrument maker, engraver of the earliest English astronomical chart and the earliest surviving English map of London. This latter is included in one of the 3 other surviving sets of the playing cards, which is in the British Museum.

The county map cards tell us much about material culture in Elizabeth England, but also how people had begun to think more about their surroundings, their country, and to visualise them through maps, and literature.

Unlike Ryther, the cards’ craftsman, the author is more shrouded in mystery. The imprint (on one of the text cards) reads ‘Englan: Famous Plac (which we take to mean London) : W.B. inuent,1590’. The identity of W.B. has long been debated, but it was discovered (by Mann and Kingsley) that a William Bowes is associated with a later pack of playing cards produced in 1605, who was the brother of a Ralph Bowes, who was granted a license to import playing cards in 1578.

Bowes may have been the author, but it is without doubt Ryther who takes the spoils for this compelling set of survivors.

Below are images of the first ‘suit’, the counties of East England. The other three suits (South, North and Wales) will follow. Enjoy! 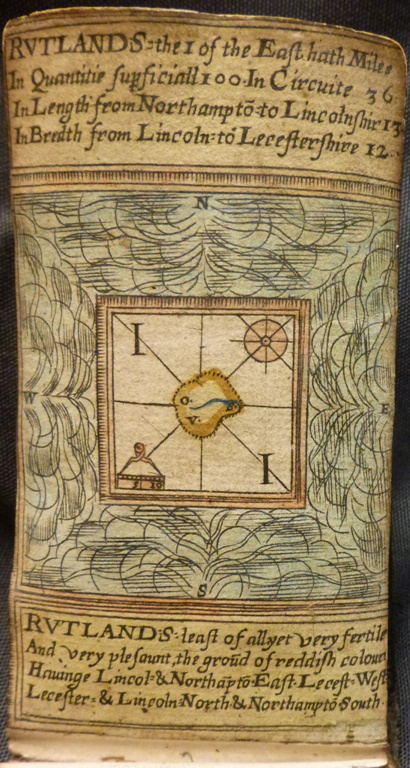 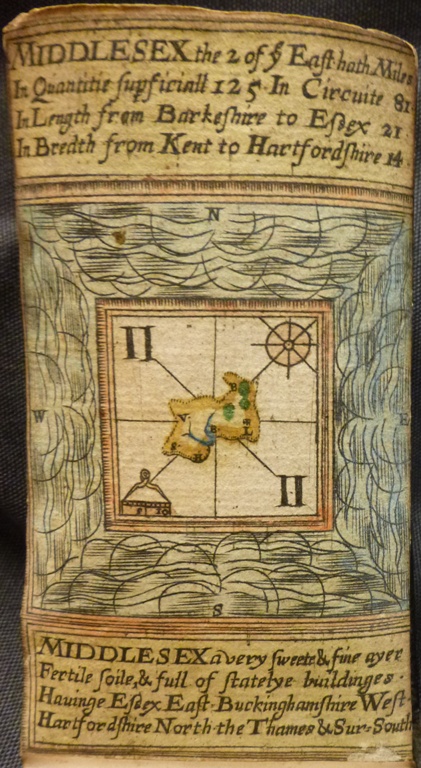 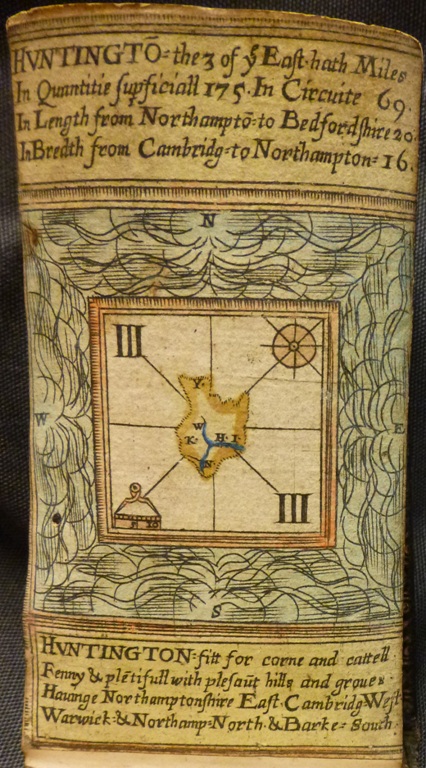 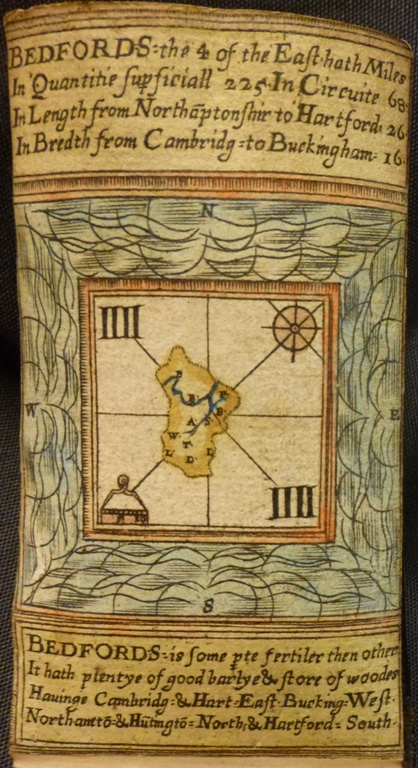 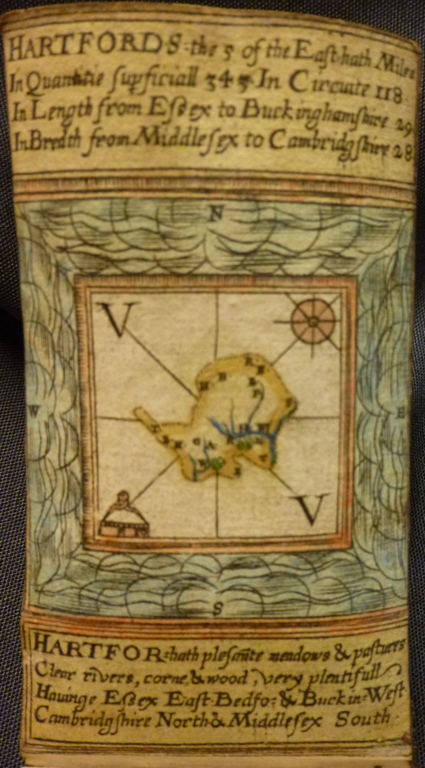 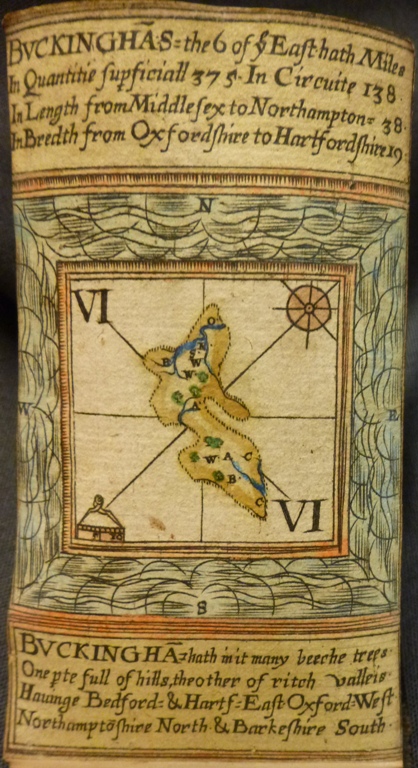 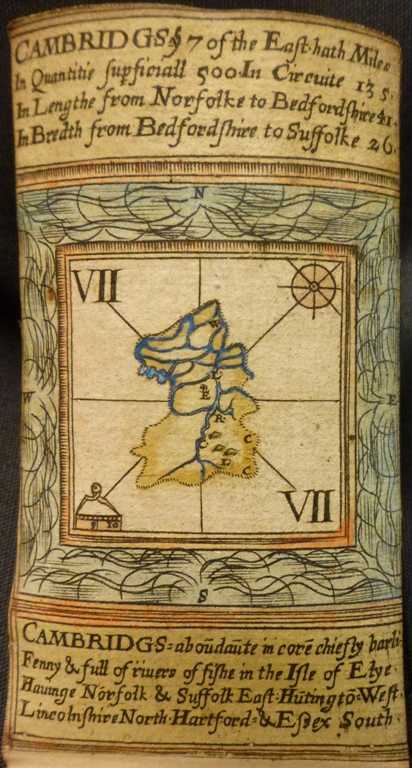 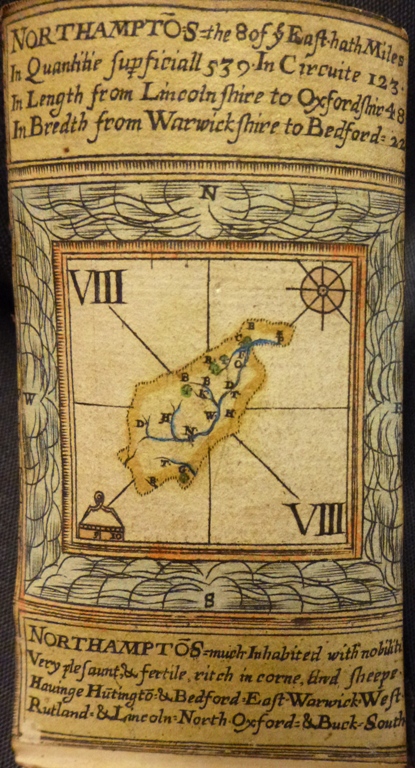 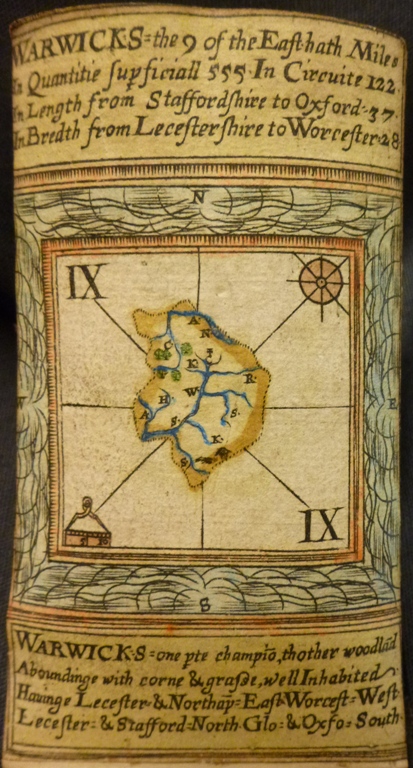 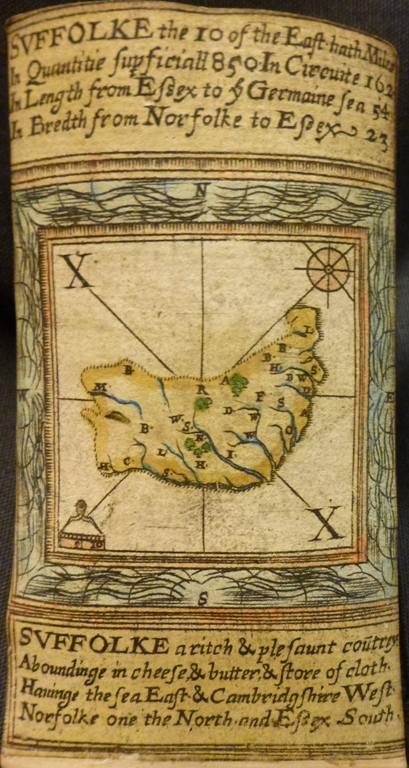 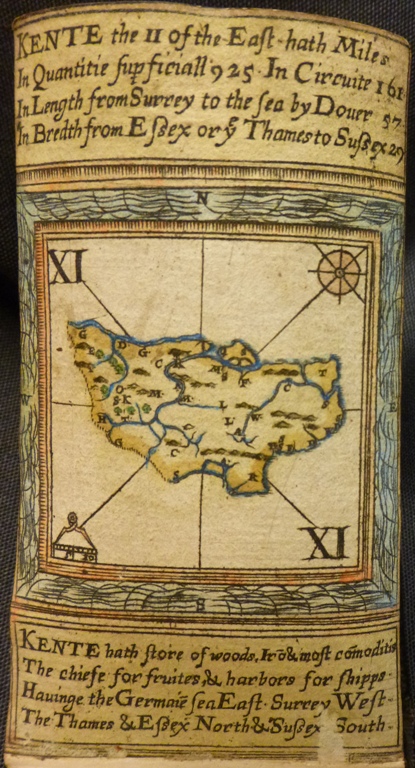 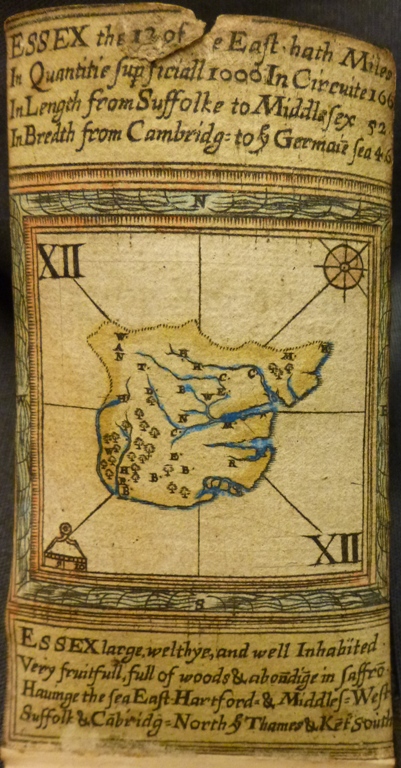 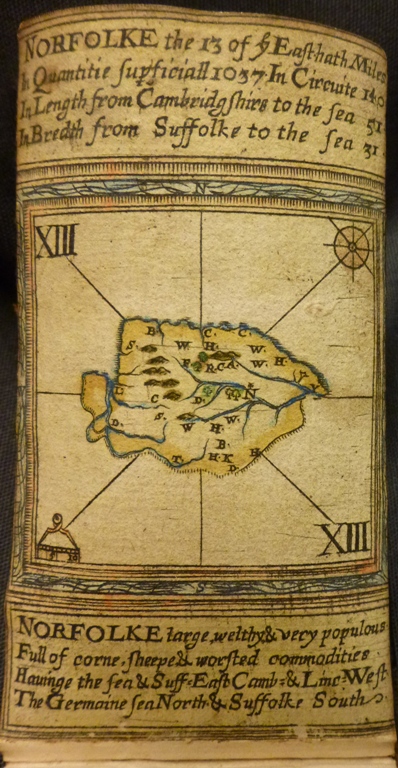