England and the North-East Passage

This gripping guest blog, in conjunction with our current Arctic exhibition, has been generously provided by historian James Evans. James is author of  Merchant Adventurers: The Voyage of Discovery that Transformed Tudor England.

There ‘remained only one way to discover’, the Bristol merchant Robert Thorne told fellow Englishmen early in the 16th century, ‘which is into the north’.

Officials and merchants had seen the wealth amassed in Spain and Portugal by the discovery of new routes across the ocean. But while the Pope tried to reserve all non-Christian lands to the Iberian nations, the English insisted this could apply only to territories reached by sailing south.

To the unexplored north England claimed a God-given right. After all, John Cabot had discovered North America for the English in the 15th century, soon after Columbus’s epochal voyage. And many thought there must be a passage here to ‘Cathay’, as China was then known, to match that in the south – because land on the earth was bound to be balanced. How else would it spin straight? 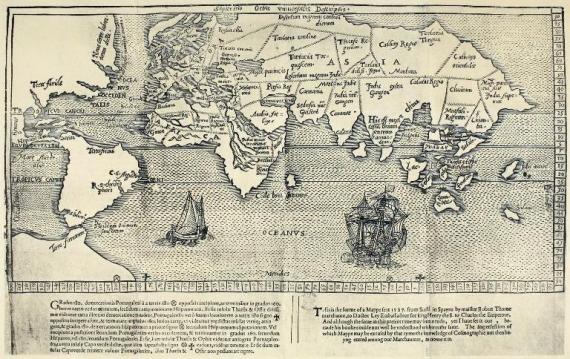 Thorne wrote a tract, and drew a map, to illustrate his ideas. He argued the English could sail due north, across the Pole, then descend towards undiscovered lands in the Pacific. He admitted that many considered this impossible, the sea in the far north being ‘all ice’, the cold ‘so great that none can suffer it’. But others believed ice formed only near land, while open ocean, across the top of the world, would remain clear.

Thorne tried to organise a voyage to test the idea, but died before he could. Not until Henry VIII had died too did power pass to men who truly believed in the value of exploration. Under Edward VI, Cabot’s son, Sebastian, was lured back from Spain – and it was he who oversaw, in 1553, a major English attempt to find a northern passage.

Which way would they go? North-west? North-east? Or directly north? The watching Spanish ambassador fretted, rightly, that England was ‘seeking the road to the Indies’. But he didn’t know whether the north could offer one. No one did. The lack of knowledge about this part of the world is shown on a map made for Henry VIII by Jean Rotz, on which huge empty spaces reveal the ignorance which existed concerning the north parts of the world. 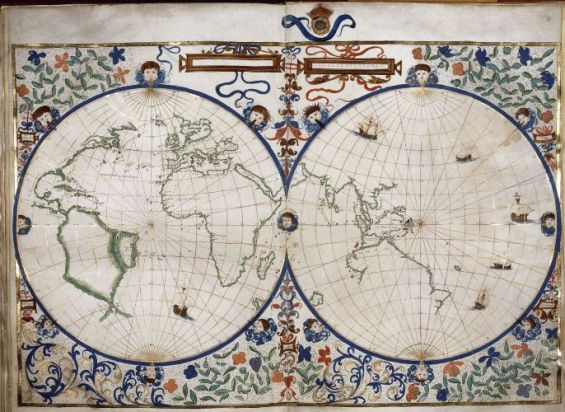 The 1553 crews went north-east, hoping a passage this way would be an ‘easy matter’. But of course it wasn’t. The world was in the grip of what has become known as the ‘Little Ice Age’, and ice, to the north, was more extensive than it is now. It was an extraordinary venture, which began trade with Russia via the White Sea – a region carefully charted by William Borough, who sailed as a teenager – and it set an important example. But it failed to find a northern passage.

The ship belonging to the expedition captain, Sir Hugh Willoughby, became hopelessly lost. The land ‘lay not’, he wrote in frustration, ‘as the globe made mention’. His men tried to see out the winter. His log, today in the British Library, records their desperate final weeks, locked in what it describes as a ‘haven of death’. 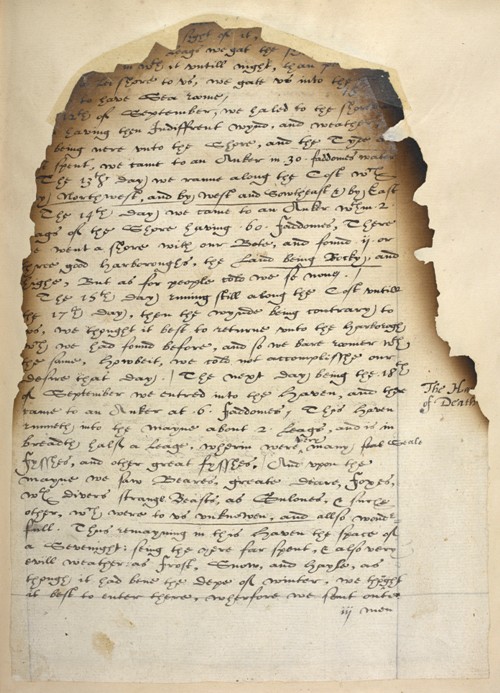 The company set up then in England, whose monopoly extended across the north, continued to look north-east. Further attempts were made by Stephen Borough (William’s older brother), and later by Arthur Pet and Charles Jackman. But the landmass pushed them further north, as they moved east, and the ice proved impenetrable.

Attention, in England, switched to the north-west, where Martin Frobisher thought discovery ‘the only thing of the World’ left undone to make a man rich and famous. (The map-maker Abraham Ortelius produced the first Atlas in 1570 – the Theatrum Orbis Terrarum – and his page on the Arctic north showed clear passages to both north-west and north-east.) 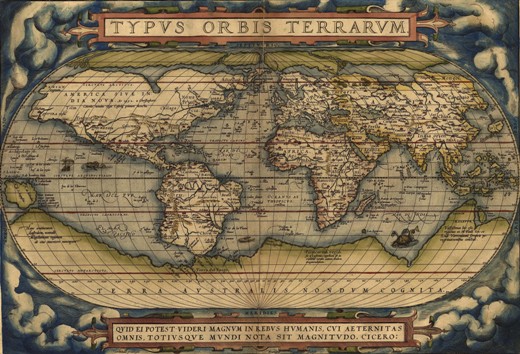 The British Library's free exhibition Lines in the Ice: Seeking the Northwest Passage, is now open.