The Kangxi atlas in the King’s Topographical Collection

The following blog focuses on an atlas of China produced by French Jesuits and now in the Topographical Collection of George III.

The founding of the Académie des Sciences in Paris in 1666 put France at the forefront of the scientific developments in Europe. The Academy’s efforts resulted in dramatic advances in cartographic and surveying methods, as well as expeditions to remote locations in order to contribute to the accurate depiction of the globe. The French Jesuit mission to China in the 1690s was focused on this very ambition – geographical exploration in order to build a better European understanding of the empire.

In 1705 the Jesuits had been given the task of creating a map of Tianjin region, an area of intense flooding, and the region around Beijing in 1707. Satisfactory results of these initial projects piqued the emperor’s interest to see the Great Wall and further areas mapped. This led to the survey of the vast areas of the empire including all the Chinese provinces and parts of Tartary. The Jesuits were not allowed into Tibet, Korea and Eastern Turkistan, and here they used maps constructed by Chinese officials. Tibet was surveyed twice and the additional information collected was used for printing of subsequent editions of the atlas. 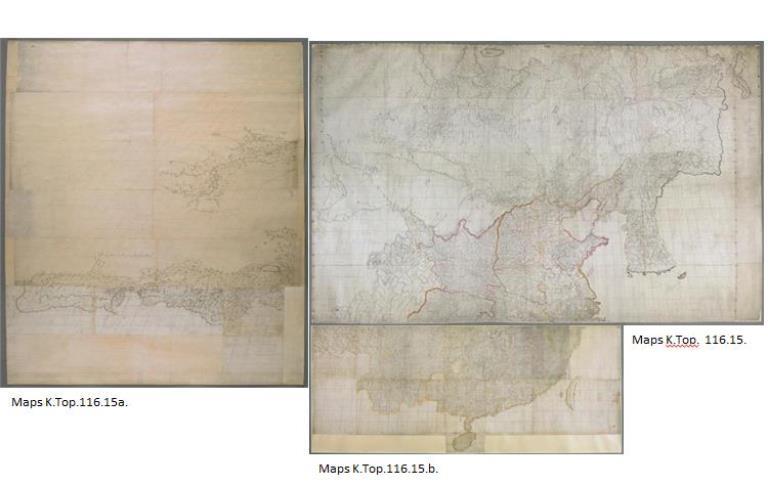 The first woodcut edition was printed in 1717, followed by copperplate edition in 1719 and, the second woodcut version in 1721. The King’s Topographical Collection printed copy of the atlas (Maps K.Top.116.15,15a,15b.) is a fine example of the first engraved edition. It comes in the form of three large rolls each measuring around two by three metres. The map covers fifteen Chinese provinces, Korea, Great Tartary and Tibet. The text on the map is in Chinese and Manchu script. Additionally, the manuscript annotations in Italian transcribe names of provinces, cities, rivers and islands. The hand is likely to be that of Father Matteo Ripa, the Italian Jesuit, engraver of the copperplate edition of the map. It was also Ripa who presented the copperplate set of Kangxi atlas to George I, during an audience on 9 September 1724 when he visited London on his way back from China.

This in itself is interesting. Even more interesting is the presence of another map (Maps K.Top.116.18.a-d.2 TAB.), comprising four manuscript rolls and containing the east coast of China, from Hainan to the Russian island of Sakhalin, with the Amur delta. The geographical notes in Italian are in the same hand as the manuscript annotations on the engraved copy of the atlas. Peter Barber suggests the map might have been part of the presentation to the king. Nevertheless, attribution and the exact story of provenance of this map can only be speculative. Sources are inexistent with regards to a manuscript copy of the map being presented by Ripa to George I. Copper plates were part of the presentation set, but  no sign of these plates in the King’s Topographical Collection can be found. 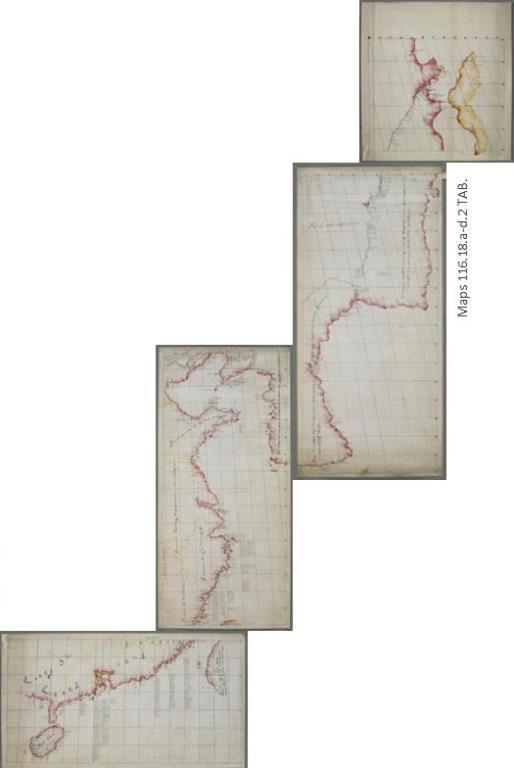 The Jesuits’ mapping of China can be viewed as part of a wider pattern of early-modern era monarchs commissioning the mapping of their dominions. This is well represented by Cassini’s work in France and Peter the Great’s mapping of Muscovy. Good mapping was essential for expansion and for the maintenance of political control. In China, this became part of the evolving system described as the Manchu-Chinese diarchy, intended to minimize the dichotomy between the conquering and the conquered.

From a European perspective, the Kangxi atlas formed the basis for building a more accurate understanding of China. However, it took almost another fifteen years, before the monumental work by Jean-Baptiste Du Halde: "Description géographique, historique, chronologique, politique, et physique de l'empire de la Chine et de la Tartarie chinoise", was published in 1735, including 41 maps of China by Jean Baptiste Bourguignon d'Anville. The wider European reception of this atlas is another story.

Barber, P., “A very curious map of China: The acquisition of Chinese maps by British Library and its predecessors, 1724-2014” (in press)

Yee, C.D.K. 1994. “Traditional Chinese cartography and the myth of Westernization”. Cartography in the Traditional East and Southeast Asian Societies. Vol. 2.2. of The History of Cartography, eds. J. B. Harley and David Woodward, 170-202. Chicago: University of Chicago Press.