Following the Shakespeare exhibition at the BL this summer I thought I would highlight the Lyceum Theatre, one of the London theatres that staged some of the many great Shakespearean productions of the late nineteenth century. Today’s Lyceum differs from how it was 125 years ago, having been rebuilt and altered many times. However, we can see it as it was in 1889 at the height of its fame in maps known as fire insurance plans. Fire insurance plans are maps compiled to assist companies calculate the level of insurance applicable to property. The best known producer of them, although not the first, was Charles Goad & Co. They produced large scale maps (to the scale of 40 feet to 1 mile) of urban areas; five hundred sheets alone for London! The maps include the footprints, addresses and heights of each building with a commercial, residential and educational use (which of course includes theatres!). The plans used colour to indicate what material each building was constructed from -  pink represented brick or stone and yellow wood.

The maps also showed fire hazards, the number of floors, stair cases and the proximity to a water supply. Water hydrants are marked as blue circles with an H inside.

The Lyceum staged many great Shakespearean productions during this period including Othello, Hamlet and Richard III, all with Henry Irving as the leading man. In 1889, Irving ran the theatre and was playing the lead in his revival of Macbeth with Ellen Terry as his Lady Macbeth. Irving and Terry had travelled to Scotland to get ideas for the scenery. The night scenes were lit by torches with great effect but must have been a considerable fire risk. The costumes and props were designed by Charles Cattermole and Ellen Terry’s famous costume was designed by Alice Comyns-Carr. John Singer Sargent attended the first night on 29th December 1888 and was inspired to paint his famous portrait of Ellen Terry as Lady Macbeth. And if this wasn’t spectacular enough Sir Arthur Sullivan wrote the incidental music for the production which included an overture and preludes to several of the acts and also conducted on the first night.

Although the Lyceum Theatre was not destroyed by fire it was fire that directly affected both the future of the theatre and Henry Irving himself.

On 18th February 1898 a fire broke out at the Lyceum’s rented storage area on Bear Lane in Southwark. The storage was housed under the arches of the London, Dover and Chatham railway line and the fire was so fierce that it burned the structure of the railway arches to a depth of three bricks and turned the coping stones to powder. You can see the location on the plans on the next page.  Two hundred and sixty scenes, two thousand pieces of scenery- the settings for forty four plays were destroyed. Bram Stoker who was the business manager of the Lyceum estimated that the cost price of the destroyed stock was £30,000.

Unfortunately to make matters worse Irving had, as an economy measure, reduced the insurance cover just months before. Irving and the Lyceum carried on bravely but the golden period was over.

In 1902 the London County Council demanded structural alterations be made to the theatre against fire risks. The funds were exhausted.   After being bought by Thomas Barrasford,  in 1904 the theatre was rebuilt in rococo style by Bertie Crewe retaining only the façade and portico of the original building. Irving continued to tour until his death in 1905. 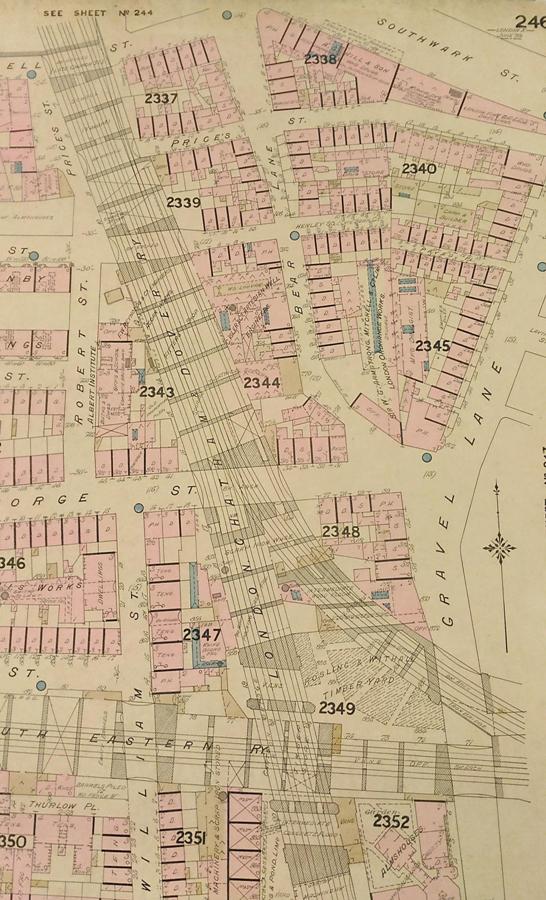 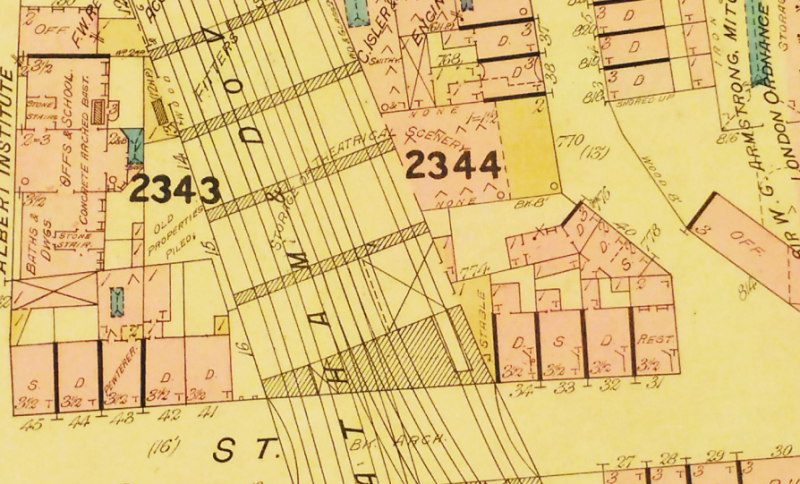 If you would like to see the original of these plans which includes towns and cities in Great Britain, Canada and across the World contact the Maps Reference Team at the British Library.