Maps improved in their technological power during the 20th century, and as a result became better able to meet the requirements of their time. Some of them even came to symbolise key themes of the age such as dynamism and modernity. 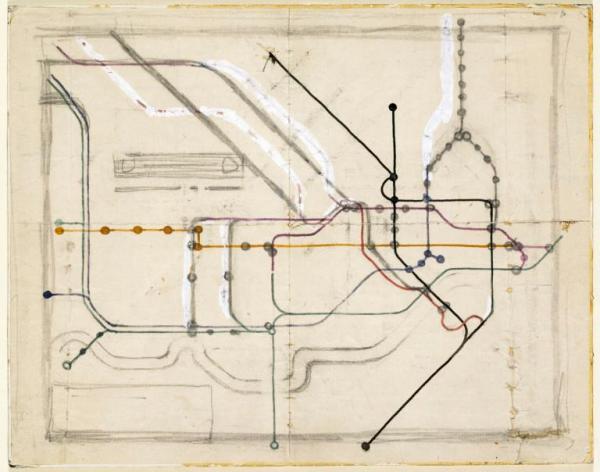 Probably the best map to capture this sense of speed, efficiency, new-ness, was the new London Underground map of 1933 by Harry Beck. Here was a map which broke dramatically with the conventions of the old, dispensing scale and representational accuracy in order to be useful to its users quickly in the new rapid bustling urban environment (there’s also more than a passing similarity between the underground map and Mondrian’s noisy, bustling ‘Broadway Boogie Woogie’ of 1943). 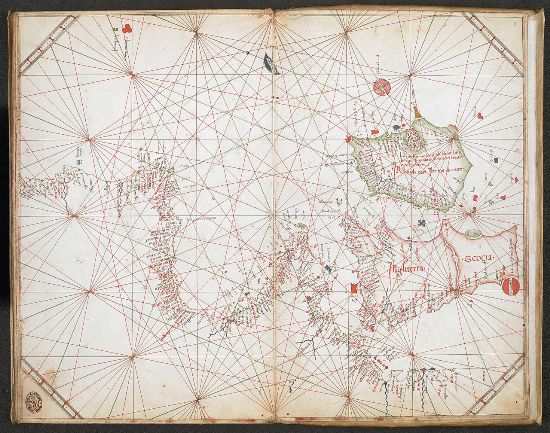 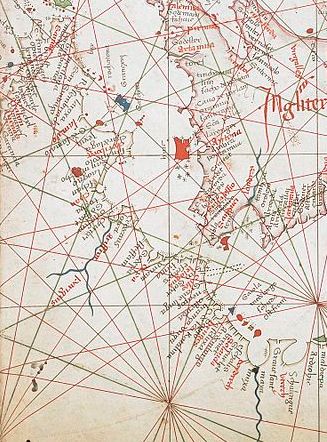 Beck’s Underground map may the pin-up map for the brave new 20th century world, but in one crucial respect it drew on a trait of mapping which is as old as maps themselves: simplification. In straightening and regularising and de-cluttering the underground lines, the map is no different to early ‘portolan’ sea charts, sailing maps which possibly originated during the 13th century, and which use the same technique of simplifying, straightening and de-cluttering coastline features in order to be easier for their users to use.

And that’s one of the lessons we can take from maps: that history is a sequence of changes and continuities.