The maps are believed to have been commissioned by Queen Elizabeth's secretary of state William Cecil Lord Burghley during the 1570s. Its purpose was security, defense and administration during a period of internal intrigue and international instability, notably tension with Catholic Spain.

Burghley's own copy of the atlas, held in the British Library (Royal MS.18 D.III.)  contains his notes identifying Catholic families and potential justices of the peace. Shannon and Winstanley suggested the author of one of the atlas's maps of Lancashire to be none other than Francis Walsingham's cryptographer Thomas Phelippes. 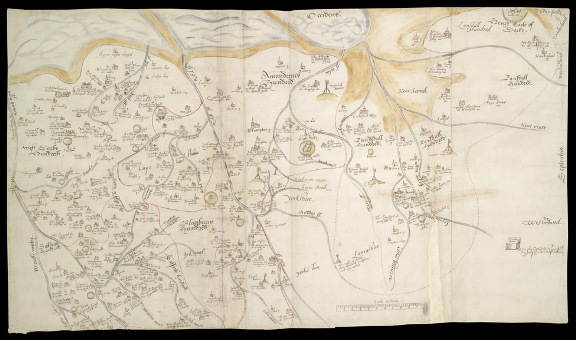 England had enemies indeed during the 1570s, and war would break out with Spain in 1585. So why, by contrast to the atlas's larger scale county maps of snug and safe Monmouthshire and Leicestershire did Saxton provide only a puny small scale map for vulnerable south east England? In 1801 again under threat of war, this time with France, the Ordnance Survey made sure Kent was mapped before anywhere else. 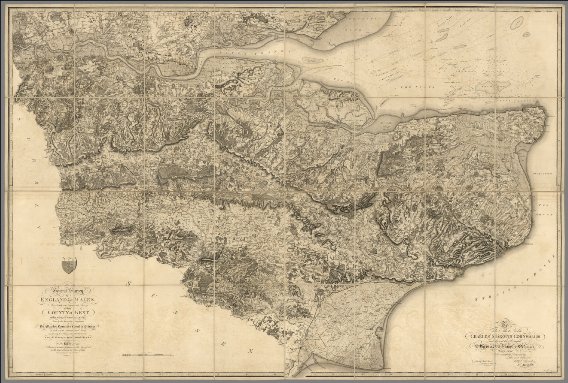 Peter Barber pointed out that the elaborate decoration of Saxton's south east map could not distract from the fact that it wasn't really fit for purpose. Barber also suggested the most likely reason for the rather pathetic map: Saxton was skint, short on funds and economising on engraving and production costs.

War isn't really the best time to be scrimping and saving, and it is around the time of the south east map (dated 1576) that a new paymaster, Thomas Seckford, was drafted in by Burghley to see the production through.

The eventual Spanish invasion was defeated in 1588. Then there was plenty of money to commission extravagant celebratory copper engraved maps of the English victory over the Armada. 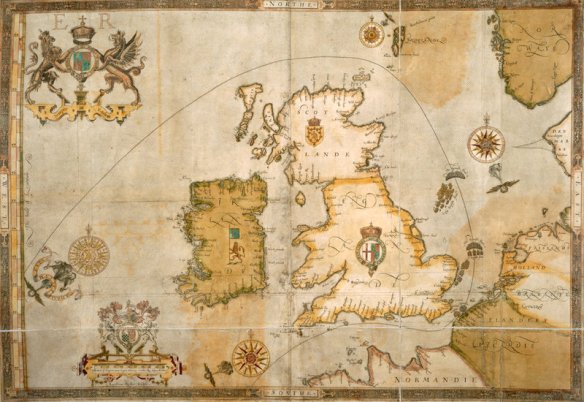 A set of these Armada engravings is bound up with another of the British Library's copies of Saxton's atlas (Maps C.3.bb.5), believed to belong to James I. The rest is history.

Last week the British Library was pleased to announce the successful launch of Picturing Places, a new online learning resource. 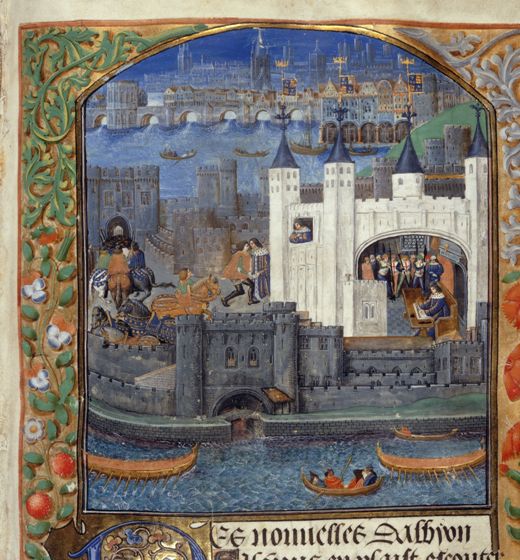 This is the first the British Library has dedicated to its extensive visual materials, and as the national collection of topographical materials, we are hoping to transform, elevate and broaden perceptions of topography through it, the related Transforming Topography research project , and our cataloguing and digitisation of the Kingâ€™s Topographical Collection.

The siteâ€™s essays cover diverse subjects, themes such as pleasure gardens  and the Grand Tour, artists such as Thomas Gainsborough and JMW Turner, and particular works of art such as Mark Woodâ€™s 1785 map of Kolkata. We would like to thank the funders of the Transforming Topography project who have made this project possible - the Paul Mellon Centre for Studies in British Art, Marc Fitch Fund, Coles Medlock Foundation, Finnis Scott Foundation, Thriplow Charitable Trust and SP Lohia Foundation.

And we are greatly indebted to our authors. There are currently over 90 involved with the project, from current PhD students to Emeritus Professors, in fields such as art history, cultural geography and history, and it has been a pleasure to unlock our collections with experts from such diverse fields.

This is the first phase of the project, so watch this space â€“ there is currently more content ready to publish, more being edited and more has been commissioned, so do keep an eye on the site as it continues to grow.