As UK City of Culture 2017 the city of Hull is currently host to an array of festivals, events and exhibitions, and the British Library is delighted to have been able to lend some of its map treasures to one of them.

The Ferrens Art Gallery's Rembrandt exhibition (1 April - 28 August) will include not only one of the most significant early printed maps of Hull, but the copper plate used to print it. 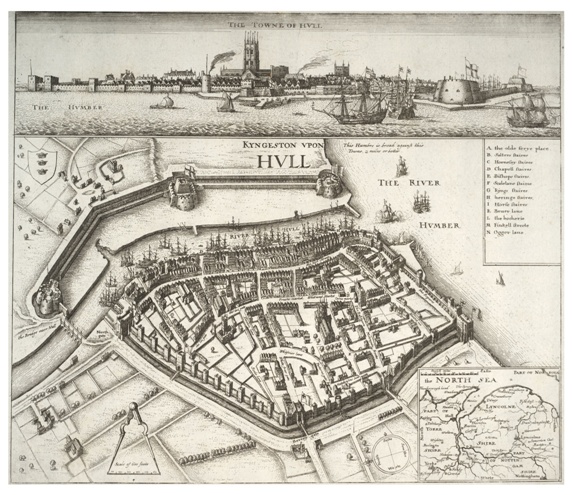 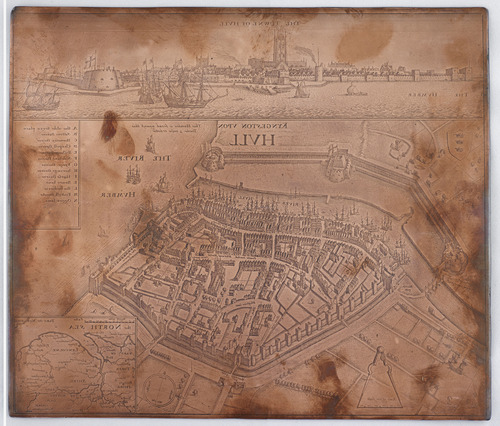 Wenceslaus Hollar (1607-1677) was a Czech artist brought to England  by Thomas Howard, Earl of Arundel in 1636 and excelling with sublimely etched prints of a variety of subjects, including maps and urban bird's-eye views. His map of Hull is thought to have been produced in 1642, around the time of the siege of Hull by Parliamentarian forces during the English Civil War (1642-51).

The example of this map on display is the copy from the Topographical Collection of George III. It is accompanied by the very copper plate etched by Hollar then inked and passed through a press to create it. Copper plates hardly ever survive (often being melted down and reused), and so we are particularly pleased that such a fine example is now able to be seen in the very place it depicts, its copper glinting for a 21st century audience among other examples of 17th century art and culture.