Captain Wellby and his 1,000-mile march

Captain Montagu Sinclair Wellby (1866-1900) was already a veteran of several exploratory expeditions when he set out from the Abyssinian (now Ethiopian) capital Addis Ababa on his marathon journey in December 1898. Along the way he produced a series of nineteen manuscript maps, devotedly compiled in coloured inks and watercolour.

Wellby’s aim was to extend British influence in the largely uncharted area of southern Abyssinia. However, this was a delicate task. It was only two years since the Abyssinians, under the charismatic Emperor Menelik II, had defeated the Italians at Adwa to become the first and only African nation to overcome an invading European power. Britain was clearly wary and ‘preferred to cultivate friendly relations with Emperor Menelik than to have him as an unfriendly adversary’ (Ram 2009, p. 243). This was to be an expedition of collaboration rather than colonisation. 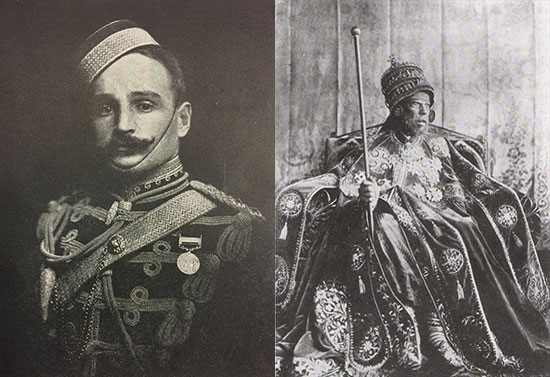 To smooth his passage, Wellby met with Menelik in a somewhat bizarre tented encounter at which the Emperor was played a personalised phonograph recording from Queen Victoria. Menelik immediately ordered an eleven-gun salute and gave Wellby permission to travel his kingdom at will in return for a set of the maps (Wellby, 1901). He even recorded a return message which, according to her journal, the Queen listened to at Osborne House on 18 August 1899. The recording still survives in the Royal Collection and reveals a strong, resonant voice and diction not dissimilar to a modern Amharic speaker (Demoz, 1969). Indeed Menelik was a fervent supporter of new technology. On the arrival of the first car in Addis Ababa in 1907, he talked with its owner for almost two hours before progressing to traction engines, railways and phonographs, while his wife discussed the possibility of repairing their home cinema equipment (Nicholson, 1965). Indeed it was this readiness to embrace innovation that was key to Menelik’s success in effecting a period of unprecedented progress in his nation’s development. During his reign he oversaw the founding of a new capital city (Addis Ababa succeeded Entoto in 1889), road and railway construction and the introduction of electricity, the telegraph, the telephone, a national currency and bank, a central taxation system and a postal service.

Having secured Menelik’s advocacy, Wellby assembled a caravan that comprised forty-three locally recruited labourers and an entourage of well loaded mules, ponies, donkeys, camels and sheep. Also included was the highly capable Daffadar Shahzad Mir, seconded from the Survey of India and with whom Wellby had worked on an earlier expedition from Tibet to Peking (now Beijing). Mir gathered map detail by plane table survey, a technique that utilized an alidade attached to a small, horizontally-set and tripod-mounted drawing board; latitudes and altitudes were determined by Wellby himself using a theodolite and hypsometer respectively. 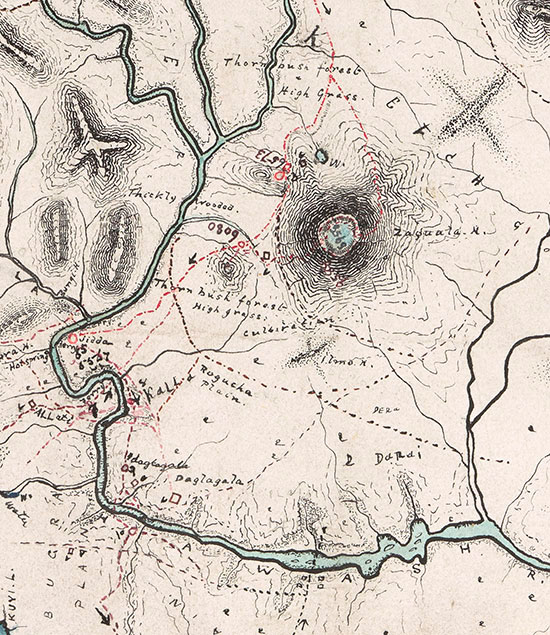 Figure 3. Extract from Wellby's map of Mount Zuquala, to be filed at BL Maps WOMAT/AFR/ABY/8.

The party left for Mount Zuquala, approximately 50 miles south-west of Addis Ababa; Wellby’s map is shown in Figure 3. The extinct volcano, complete with crater lake, was considered sacred both by local Christians and the indigenous Oromo. Wellby observed that water boiled here at 91º Celsius and calculated its height as 9,569 feet; modern surveys put it 237 feet higher, although not a bad first estimate considering the rudimentary equipment.

Continuing through the Great Rift Valley the company arrived at Lake Gallop (named after the local Gallopa tribe, and shown in Figure 4). This was a name generally unfamiliar to the British establishment (Europeans usually referred to it as Lake Rudolf, after the Austrian Crown Prince, although today the preferred name is Turkana, from the indigenous Kenyan community). Wellby, though, insisted on retaining the local toponymy. Indeed he was particularly renowned for his respectful treatment of the local population. Aware that the sight of his sizeable convoy might cause alarm, he invariably halted it at least a mile from any village, preferring to continue on foot with just a couple of gift-laden men. He was always eager to trade with the villagers too, much preferring to pay for goods rather than accept them in exchange for the presents (Wellby, 1901). In fact his consideration towards the indigenous people – sadly not always the case with many Europeans – was so well regarded by his colleagues that Lieutenant Colonel John Harrington, Her Majesty’s Agent and Consul General in Abyssinia, was sufficiently moved to write that his ‘unfailing tact … won him [their] confidence and affection’ (Harrington 1900, p. xviii). Wellby also had concerns for their future: ‘I wondered what would be the fate of the contented and harmless and naked tribes I had met who are so far independent and free.’ (Wellby 1900, p. 303) 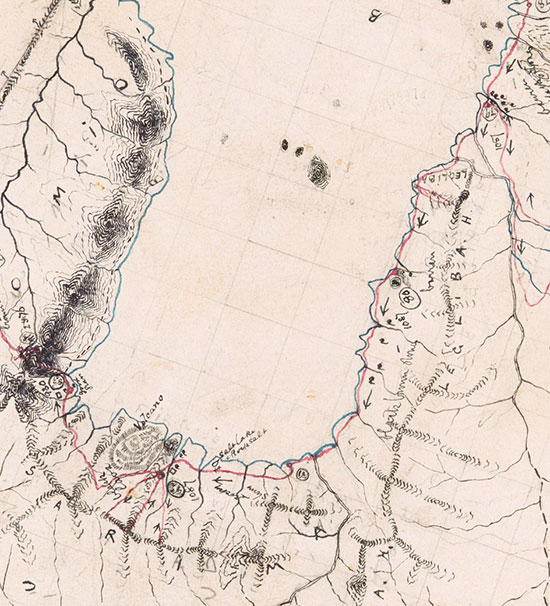 Figure 4. Extract of the southern shore of Lake Gallop (now Turkana), to be filed at BL Maps WOMAT/AFR/ABY/8.

The expedition continued around the southern shores of Lake Gallop, and it was here, almost 1,000 miles from the nearest hospital, that Wellby was dealt a cruel blow. Having cut his finger on a food tin, he contracted blood poisoning, and for the remaining 400 miles he marched, hand held upright, in considerable pain. Never one to fuss, his account (Wellby 1900, p.295) nonchalantly records, ‘my only misfortune was losing a finger’. And to compound his woes, half the animal transport succumbed to anthrax, and a surviving sheep was eaten by a crocodile. Yet the party continued northwards, eventually reaching the Anglo-Egyptian fort at Nasser on the Sobat River in present-day South Sudan (Figure 5). 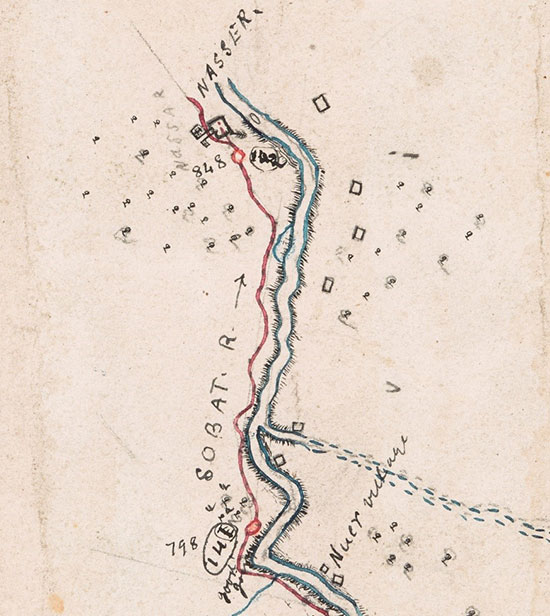 Figure 5. Extract of Nasser and the Sobat River, to be filed at BL Maps WOMAT/AFR/ABY/8.

Wellby’s maps are just a small sample of what is available in the War Office Archive. Conservation, cataloguing and digitisation of the maps and associated documents have been generously funded by the Indigo Trust, and Phase 1 of the project, comprising British East Africa, was completed a year ago. Phase 2, covering Abyssinia, British Central Africa, German East Africa and Mozambique, is currently in progress, with the mapping due to be available freely online from early 2018. A talk on the War Office Archive mapping, Have Theodolite, Will Travel: Mapping Africa’s Magnificent Landscape, is scheduled for 27 November 2017 as part of the British Library’s Feed the Mind series, and places can be booked at the link above.

So what of our protagonists? Emperor Menelik II is now generally considered one of Ethiopia’s greatest leaders and often regarded as the ‘founder of the modern Ethiopian state’ (e.g. Pankhurst 1998, p. 201); he died in 1913. Shahzad Mir continued his distinguished career in the Survey of India and was awarded the Order of British India; he died in 1924. Wellby’s story though does not have a happy ending. He returned to England in 1899, shortly to rejoin his regiment in South Africa at the start of the Second Boer War. He survived the Siege of Ladysmith but was shot at Merzicht, dying from his wounds at Paardekap on 5 August 1900.

Whether Menelik ever received his maps is not clear, but undoubtedly Wellby had impressed him. The Emperor recorded (Emperor Menelik II, 1899) that he was was ‘glad’ and ‘pleased’ to accept Wellby’s dedication of his posthumously published expedition account (Wellby, 1901). However, it is more difficult to gauge whether Wellby’s untimely death adversely affected Anglo-Abyssinian collaboration. A status quo remained until 1906 when the death of Menelik’s cousin left the Emperor, now aged 62 and in declining health, with no obvious successor. Sensing an impending power vacuum, Britain, France and Italy signed a Tripartite Convention that, following any ‘change in the situation’ (Foreign Office 1906, Article 1) (while not specifically stated, Menelik’s death is clearly implied), would divide Abyssinia into three spheres of influence, yet still respect her independence. In other words, the Europeans would protect their interests but not intervene militarily. The document, compiled without Menelik’s knowledge, was later presented to him. Ever the diplomat, he thanked the three nations for their time and consideration politely adding, almost as a by-the-way, that the document was in no way binding to him or his country. (Pankhurst, 1998).

J.L. Harrington, ‘Introduction’, in ‘Twixt Sirdar and Menelik: An Account of a Year’s Expedition from Zeila to Cairo through unknown Abyssinia, by M.S. Wellby (London: Harper & Brothers, 1901), pp. xv-xix.

M.S. Wellby, ‘Twixt Sirdar and Menelik: An Account of a Year’s Expedition from Zeila to Cairo through unknown Abyssinia (London: Harper & Brothers, 1901)