Published today, Atlas: a world of maps from the British Library

Believe it or not, the BL has never published an atlas before. It has published many other types of book, from exhibition catalogues to crime classics, but until today, no bound book of maps called 'atlas'.

There are a number of reasons why not, the principal one being that the British Library isn’t in the habit of making maps. It is, however, very much in the business of collecting maps, and over the past two and a half centuries it has collected rather a lot of them – 4 million to be moderately precise. 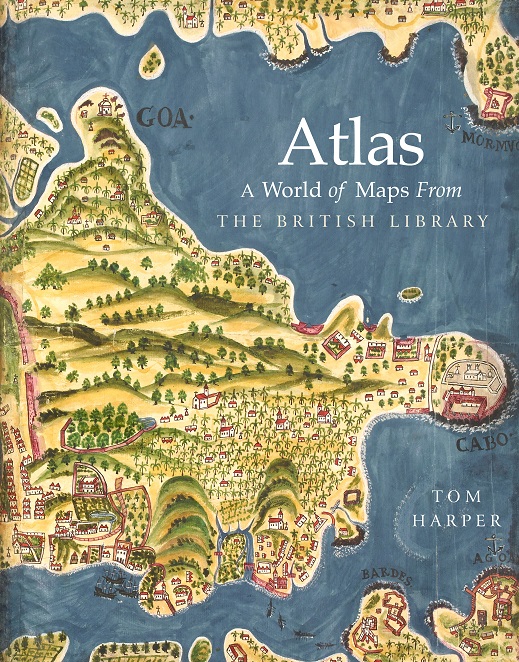 The book cover of 'Atlas: a world of maps from the British Library'.

It has been arranged as an atlas, with world maps at the beginning, followed in alphabetical order by maps of the continents and selected regions, and ending with maps of the oceans, the cosmos and imaginary places. 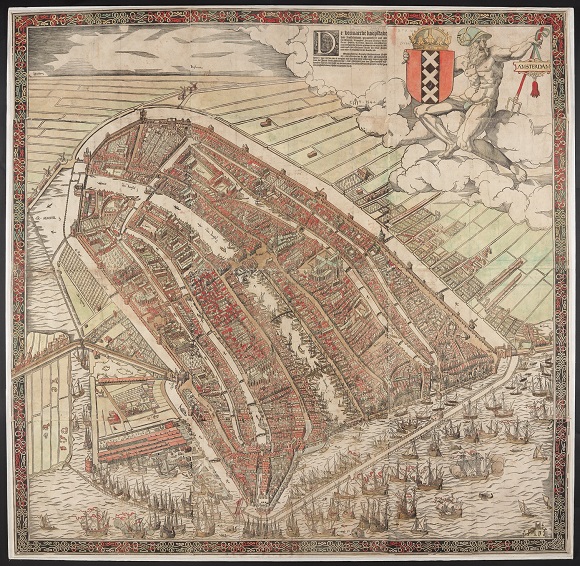 Cornelis Anthoonisz's map of Amsterdam from 1544.

It is in many ways the definitive ‘historical’ atlas, because not only do the maps show the world of the past, but they show it in the language of the time. For example, where else can you see the grandeur of golden age Amsterdam through the eyes of one of its residents? How fitting to see an early 1970s map of the far side of the moon infused with the psychedelic technicolour of the time? 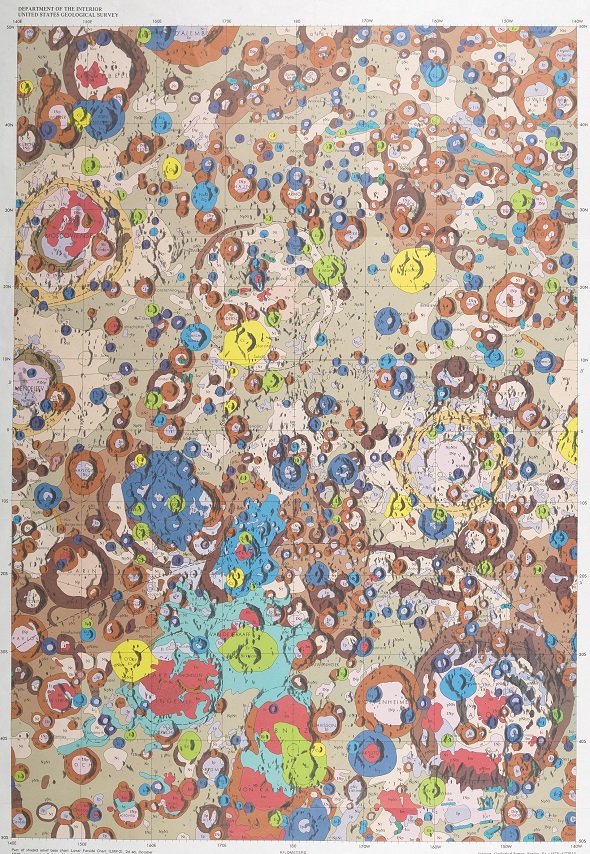 Desiree E. Stuart-Alexander's 'Geological Atlas of the Moon: Central Far Side of the Moon' from 1978,

This atlas may not help you to get from A to B or to decide where to next go on holiday, but if you’re looking to travel back in time, here’s your chance.