Accuracy? Do me a favour!

'Atlas: a world of maps in the British Library' is a different sort of atlas to, say, the Times world atlas or the AA motoring atlas, because you would never use it to find your way from A to B or peruse potential venues for your next holiday.

This is largely because the maps in it are mostly pretty old and do not all conform to our modern idea of accuracy.

The most common question people ask me about an old map is “is it accurate?” On such occasions I would like to be able to sound one of those alarms like in the BBC quiz show QI. But to be polite I tend to answer that “it is as accurate as it was possible to be” or “it is accurate for its time.” 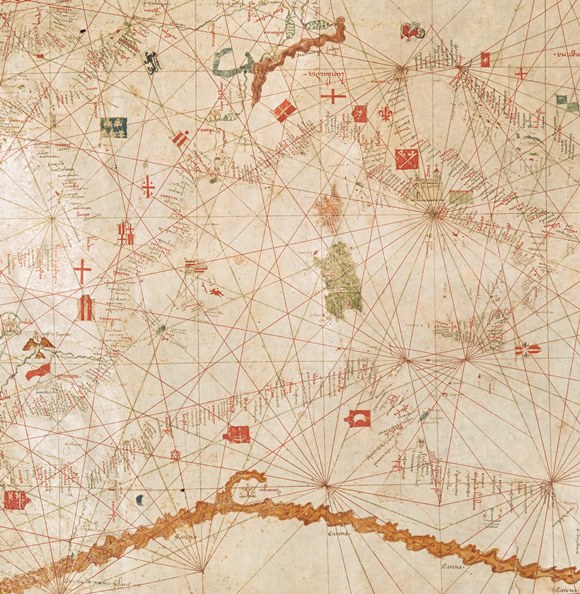 Detail of the Eastern Mediterranean Sea from a sea chart of 1339.

Accuracy is relative and incredibly subjective. For example, 14th century 'portolan' sea charts look freakishly accurate because although they are really old we can recognise familiar coastlines in them. Yet if we look more closely, we see that each cape, bay and inlet is exaggerated and distorted in size because – guess what? – the map had to be legible for its user. 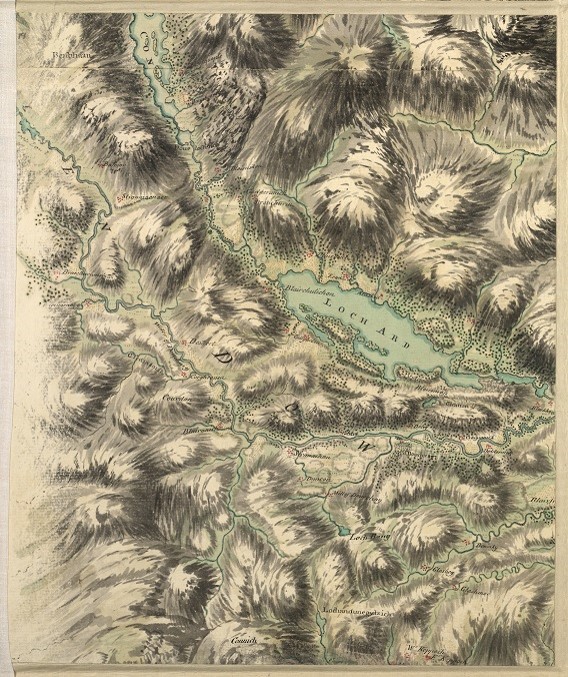 William Roy’s map of Scotland of 1747-55 looks very accurate, and indeed is regarded by some as one of the first modern maps and a precursor to the Ordnance Survey, but it hasn’t been geodetically measured, and the sweeping hill forms sit more in the realms of landscape art. 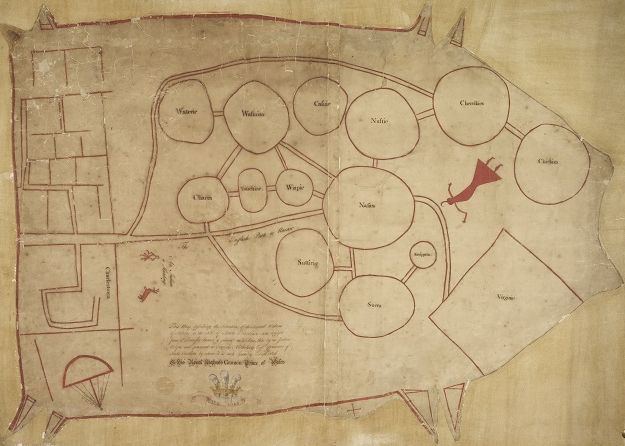 A map showing the position of the Indian tribes to the north-west of South Carolina from around 1719.

Anon. [Map showing the position of the Indian tribes to the north-west of South Carolina, copied from a painting on deer-skin by an Indian chief, and presented to Sir Francis Nicholson], c. 1719.  Add. MS 4723.

The 1719 Native American map of Carolina is woefully inaccurate by these standards, but more accurate than anything else in its description of the complex interrelations between tribes (shown as circles) and European colonial powers (squares).

They can also help to shine a light back onto ourselves. For who would have thought that a modern and ‘accurate’ map such as a motoring atlas would exaggerate and distort features such as roads in order for users to read them more clearly?

'Atlas: a world of maps from the British Library' is out now.