In my last post I posed a set of tricky (or maybe not so tricky) questions on five of our 3D historic globe models. So how did you do? Find out below.

The strait is at the southern extremity of Tierra del Fuego at the bottom of South America. Jacob le Maire and William Schouten sailed through it in 1616.

2. Who engraved the globe? Clue: he's signed it somewhere.

Joshua van den Ende (1584-1634), one of Blaeu’s favourite engravers, His name appears (below Blaeu's cartouche) so he must have been well-regarded, since most map engravers weren’t important enough to be allowed to sign their work.

3. Blaeu's globe pre-dates the introduction of the 'Island of California' on maps by some years, but can you identify another large peninsula which appears as an island here? 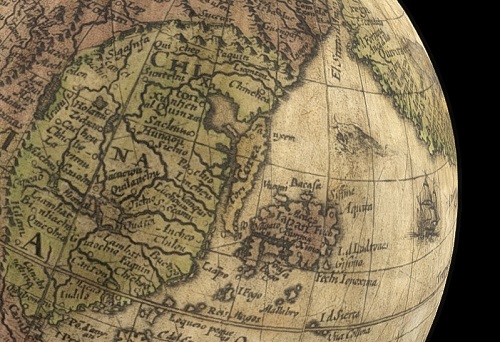 The island of Korea!

1. Which late 16th century Dutch expedition first recorded stars in the southern hemisphere, and can you name 3 of these new constellations appearing on this globe? 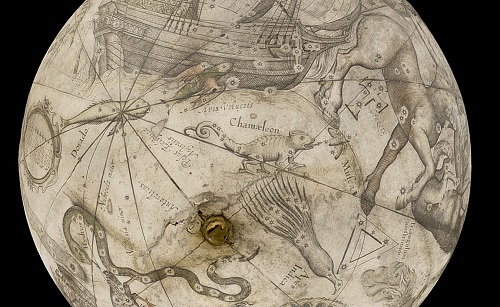 Pieter Keyser (1540-1596) and Frederick de Houtmann (1571-27) on two voyages in 1595-7 (to modern-day Indonesia) and 1598 (De Houtmann only). The constellations reflect what to Europeans were new and extraordinary things from far-away places: a toucan, a flying fish and a fly-gobbling chameleon.

2. Which famous astronomer was Blaeu’s teacher?

The Danish astronomer Tycho Brahe (1546-1601). Willem Blaeu spent 1594-6 at his observatory on the island of Hven. Brahe devised a model of the solar system that was a sort of hybrid combination of Copernicus’ heliocentric system and the traditional Ptolemaic one, with the earth at the centre but the planets revolving around the sun as it moved around the earth.

3. Can you spot a supernova? Which constellation is it in?

The star explosion happened in Cygnus in 1600, and Blaeu is supposed to have witnessed it himself. 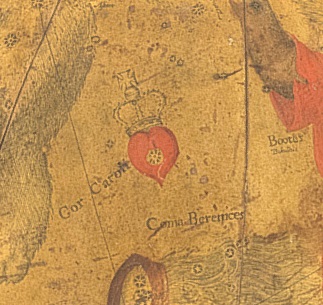 Cor Caroli – the ‘Heart of Charles’, was created by Sir Charles Scarborough to commemorate the restoration of the monarchy (Charles II) in 1660. Cor Caroli isn't actually a constellation but the brightest star in Canes Venatici (the hunting dogs of the adjacent constellation Boötes which were carved out into a separate constellation by Hevelius).

2. Who is the guy in the portrait included in the globe?

Tycho Brahe again. Tuttell’s globe is a faithful version of Blaeu’s globes, copying a number of elements right down to the costumes worn by some constellations, and, yes, this portrait of Blaeu’s teacher.

3. How did Tuttell meet his tragic end?

Tuttell, who was a hydrographer (marine surveyor) for the Admiralty, drowned in the River Thames near Dagenham whilst surveying in 1702.

1. There are two New Britains on the globe. Can you find them?

One is in modern-day Canada, and the other is one of the islands of Papau New Guinea (named by William Dampier in 1700).

2. What do all the tiny little arrows refer to, and why might this sort of information be of interest to the globe's viewers in the early 18th century?

The small arrows covering the sea refer to trade winds and are included on the globe as aids to navigation and the charting of sea routes (the areas of sea with no arrows are labelled ‘variable winds’ – ie. of no fixed direction). This sort of information on sea-faring, trade and exploration was a key aspect of British maps, particularly in the 18th century, and was enthusiastically consumed by its audience. Exploration was the equivalent of what space travel is for us today.

3. The Gobi desert is labelled as what on the globe? 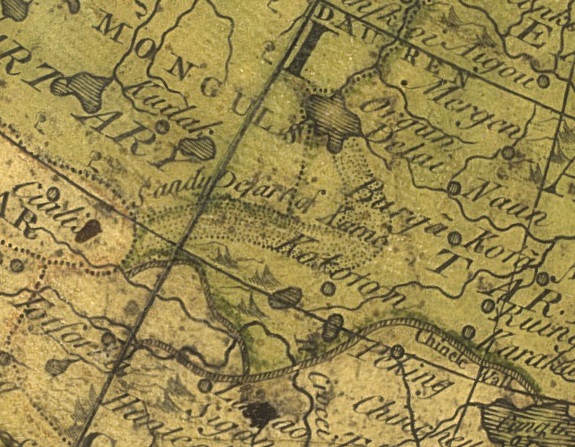 It is the Sandy desert of Xamo

1. Where was Richard Price's shop? 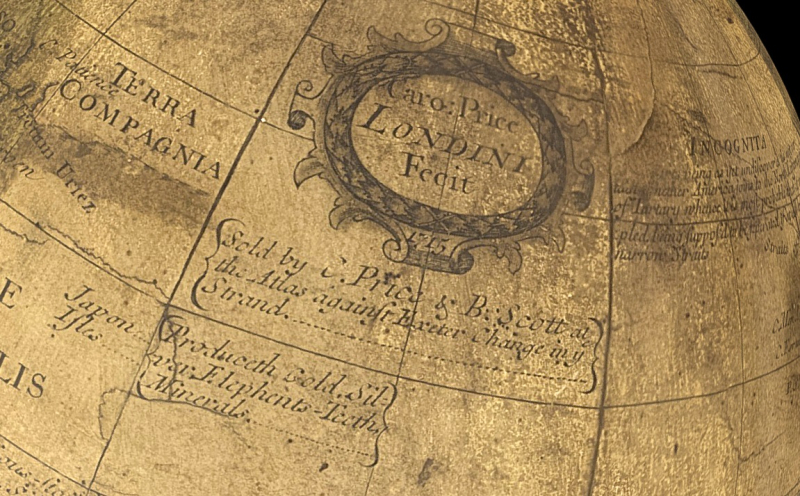 'At the Atlas against Exeter Change in ye Strand' (London, pretty near where Stanley Gibbons' shop is today). No building numbers then, obviously. Mapmakers’ addresses, which tended to change fairly often as mapmakers frequently moved premises, are a key method of mapping the map trade and a handy tool for dating undated maps.

2 What collection of desirable commodities can you get from Chile?

3. There's an island in the Atlantic that is way too far north of where it should be. Can you find it?

That would be Le Roche’s Island, named after the English mariner Anthony de la Roché in 1675 and now known as the Antarctic island of South Georgia. It is shown here at the same latitude as Buenos Aires.