Here at the British Library we’ve been digitising our maps and making them available for over two decades now. Consequently, there’s a wealth of fantastic and inspiring free-to-view historic maps on the web. In addition to ever-increasing quantities of maps on our own platforms, our digitised maps are also hosted by other cultural institutions, organisations and individuals with whom we’ve been pleased to collaborate.

This seemed like as good a time as any to pull a load of them together and let you know about them.

So, in this first of two posts, here are a few of the places on the British Library’s site where you can find digitised maps, and upon finding them, use them escape to the ends of the earth (or the end of your street) from the comfort of your own home. Enjoy. 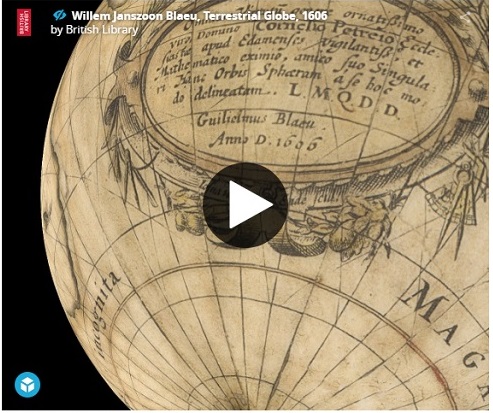 We just did this, and we hope you like it. 3D virtual models of 10 of our historic globes from the 17th - 19th centuries with thanks to our Digitisation Services and digitisation company Cyreal. Another 20 will be added over the coming months.

The British Library’s Georeferencer isn’t strictly a collection of maps, since it draws its 56,000-odd maps from a variety of places (including the below sources). But you can definitely search for maps in it, for example by using this crazy map with all of the georeferenced maps located on it. Zoom in for it to make more sense, and find the area you’re interested in. 900 or so images, many of them maps from the King’s Topographical Collection, illustrating a series of new and repurposed articles on the subject of illustrating place. The project was generously funded by the Paul Mellon Centre for Studies in British Art, The Finnis Scott Foundation, Marc Fitch Fund and Coles-Medlock Foundation. 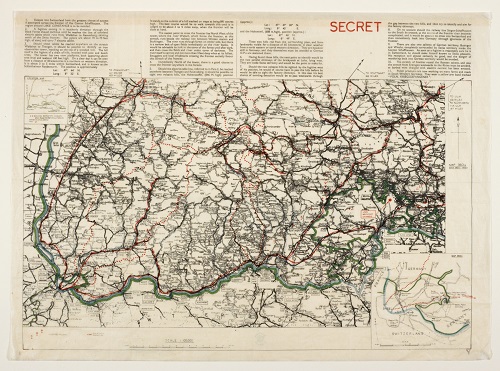 Here are round a hundred maps from articles produced as part of our 'Mapping the twentieth century: drawing the line' exhibition.

The British Library’s Online Gallery was set up through the Library’s ‘Collect Britain’ project in the early noughties. There are thousands of maps on here, and although the Zoomify and browse facilities are no longer functioning (we’re in the process of migrating this stuff onto a new platform) there are still some great maps here, such as

The Crace collection of maps of London 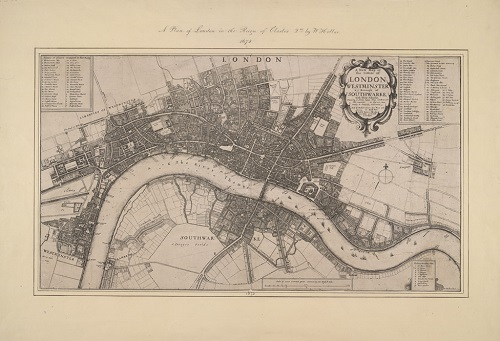 Wenceslaus Hollar, A new map of the citties of London Westminster and ye borough of Southwarke..., London, 1675. Maps Crace Port 2.56.

One of the finest collections of historic maps of London anywhere, collected by a commissioner of London’s sewers and George IV’s interior decorator. Around 1200 maps from between around 1550-1850, digitisation generously funded in part by the London Topographical Society. Crace’s collection of London views are held by the British Museum.

All the maps from the Online Gallery are also available (in higher resolution) alongside maps from other collections via the Old Maps Online portal (with its fun geographical search tool). https://www.oldmapsonline.org/

This is another older British Library resource but it has a couple of really choice atlases in it. Are there any more choice atlases than Gerhard Mercator’s hand-made Atlas of Europe of 1570 (which contains the only two surviving maps drawn by the man himself)? Or one of the volumes from the famous multi-volume Beudeker Atlas containing maps and views of Dutch stately homes from the 17th and 18th centuries.

A number of maps and atlases held in the Western Manuscript collection have been digitised and found their way onto the Digitised manuscripts page. If you know what you're looking for you can search by pressmark. Or you can search by keyword (i.e. maps, plans etc.) if you're just browsing. 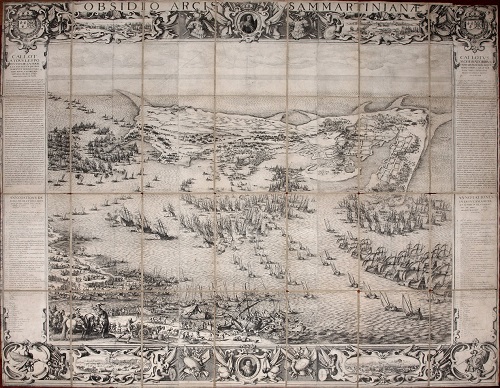 The British Library's principal online catalogue does include thumbnail images for a tiny number of maps, but coverage is extremely uneven and the resolution of images is variable (to get a larger image for non commercial use, click on the map's title included in the right hand part of the details section). You may be lucky - for example if you're interested in Jacques Callot's map of the 1627 siege of Saint-Martin-de-Ré.

In a later blog I'll be listing non-British Library platforms and sites where you can find free-to-access British Library digitised maps. But in the meantime, I hope this keeps you busy.