Another big list of where to find British Library maps online

In a previous blog I described the best free-to-access digitised British Library maps available on the Library’s own site. But there are more. Lots more!

Where we’ve worked with other institutions, organisations and individuals on digitisation, we’ve been pleased for those institutions to host the resulting content on their own sites. Often, the maps we’ve provided form a subset of a wider collection drawn from a range of other sources. So it isn’t just about the spirit of collaboration, but the enormous research benefits to be drawn from a broader and more integrated picture.

In the fullness of time you can expect to see this content also hosted on the BL's Universal Viewer. For now, here are some of the riches and where to find them.

There’s a ton of British Library content on Wikimedia Commons which is great because of the open access nature of the site and its clear usage terms. Maps are included in a range of categories, including the Off the Map videogame competition and Images Online (the British Library’s commercial imaging site). But the main category, labelled maps collections, contains 28,000 images. Three main ones are 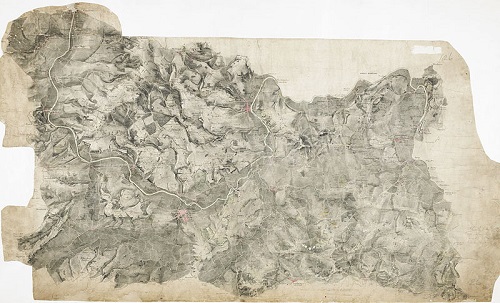 These 321 maps are some of the earliest works by the Ordnance Survey of Great Britain, which was formally established in 1791 to map southern England in response to the threat of invasion from France. The phrase ‘scope-creep’ is something of an understatement when applied to the OS, whose work continues to the present day. These large ‘fair drawings’ are the maps produced by the earliest Ordnance Surveyors of parts of England and Wales from the 1790s to the 1840s, and it’s from these that the one inch to the mile ‘Old Series’ printed maps were derived. The maps were received in 1958. For close, local work, there’s really nothing better than these for the period. 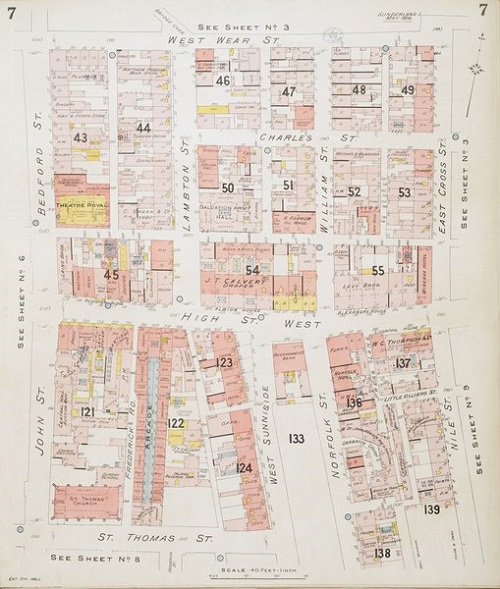 Charles Goad’s maps are incredible windows into Britain’s urban past – stupidly detailed late-19th and early 20th century maps of various towns produced in order to assist the calculating of fire insurance risk. To do this, the maps included not only tell us the shapes and forms of buildings, but what they were made of, and who was using them and for what. Over 2,500 here for you to savour. Goad mapped other world cities including a large number of Canadian towns.

Thanks to the Indigo Trust, over 1800 East Africa maps and materials from the wider WOA have been digitised and placed here for your study and enjoyment. They’re also georeferenced. Hurrah!

Maps of Qatar and the Middle East

Through the Library’s partnership with the Qatar National Library, over 1300 maps of the area, drawn mostly from the India Office Records, have been catalogued and uploaded onto their digital library portal. 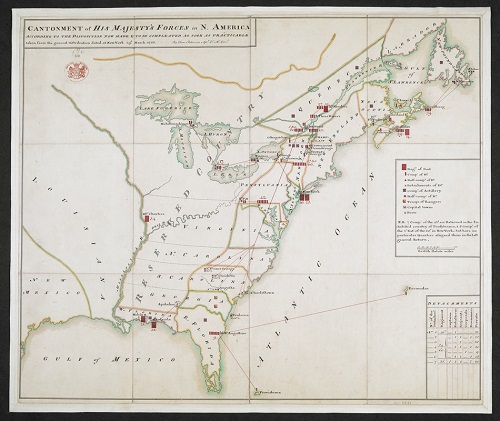 In collaboration with the Norman Leventhal Map and Education Center at Boston Public Library, 377 maps of North America and the West Indies from the American Revolutionary War Era were digitised and placed on the Center’s educational site. Ten other partners including the Library of Congress also contributed material. The British Library's contribution includes maps from the King’s Topographical Collection and Royal United Services Institute, which itself contains maps from the collection of Jeffery Amherst (1717-1797), commander-in-chief of British forces during the Seven Years’ War.

We digitised all of our pre-1900 maps of Japanese origin thanks to a wonderful collaboration with Ritsumeikan University, Kyoto. And what a collection – over 300 maps drawn from the Map Collection, the Western Manuscripts Collection, and Asian and African Studies Collection. Some of these maps arrived from earlier private libraries including the Engelbert Kaempfer and Philipp Franz von Siebold Collections. Some of them are very big indeed. You can access these maps through the Ritsumeikan University MapWarper portal.

The five-year project between the British Library and National Library of Singapore, generously funded by William and Judith Bollinger, enabled us to digitise and upload 300 maps onto the NLB Singapore’s web portal. These cover Singapore and its wider geographical context.

In 2013 the British Library Labs’ Mechanical Curator project placed 1 million British Library images onto Flickr. They are images drawn from books digitised as part of the Microsoft Books project, and include an enormous wodge of maps (‘wodge’ in this sense meaning tens of thousands of maps). See this individual album containing over 25,000 maps https://www.flickr.com/photos/britishlibrary/albums/72157648036792880

These are the maps which are currently being Georeferenceed via the Library's Georeferencer tool http://britishlibrary.georeferencer.com/start

The Roy map of Scotland 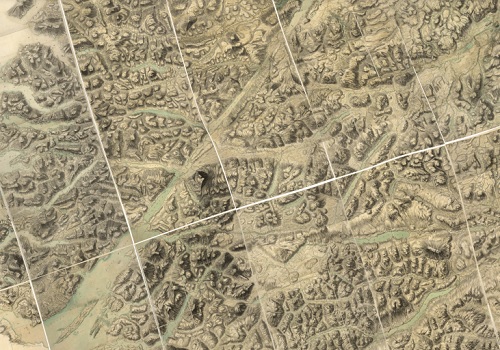 And finally, just one map, but a very large and important one. This is the fair copy of General William Roy’s (1726-1790) map of Scotland produced between 1747 and 1755. The map is a landmark in British mapping for applying military surveying methods to a very large area, and is regarded as the precursor to the Ordnance Survey. It’s also highly regarded artistically, since it includes the hand of celebrated watercolour artist Paul Sandby (1731-1809). The map is part of the Kings Topographical Collection, having formed part of the collection of the Duke of Cumberland.

We’re delighted for the National Library of Scotland to host this map on their website, given its signal national importance. And they do a very good job of it too, with a superb interface and numerous layers, including a 3D one.

I hope you find something here to interest and inspire you – and I’d be very glad to learn of any comments or questions you have, either by commenting here or on Twitter at @BLMaps.