The 20th of May marks the anniversary of Christopher Columbus’ death, a man whose name is immediately associated with early transatlantic voyages of exploration and discovery. When Columbus set off on his quest to establish the western sea passage to the East Indies he encountered entirely new lands. During his four expeditions he explored parts of the Caribbean including the Bahamas, Cuba, and Jamaica as well as the Central America coastal areas, claiming all of the encountered lands for the Spanish crown. 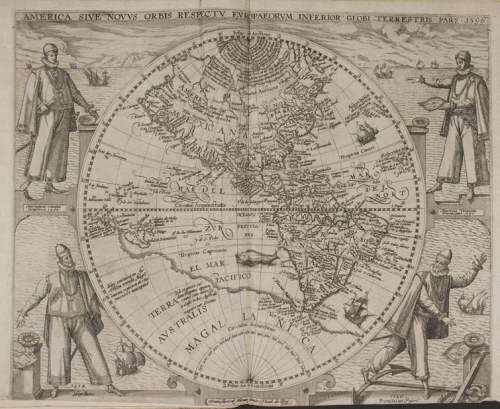 The age of exploration coincided with the invention of movable type printing in Europe and the last quarter of the 15th century saw the development of map printing which prompted an explosion in map production. The two commonly used techniques of printing maps in the 16th century were woodcut and copper engraving. This allowed for maps to be produced on a much larger scale reaching a broader audience like never before. Thanks to the wider circulation of printed maps and atlases the knowledge was no longer restricted to elite circles and news about the newly discovered lands quickly spread across Europe.

A unique example of what is believed to be the first printed world map showing any part of America is held within the British Library’s map collections. Designed by Giovanni Matteo Contarini and engraved by Francesco di Lorenzo Rosselli this extraordinary map incorporates Columbus’ discoveries made during his voyages to the New World. North America is depicted as a part of Asia extending across the North Atlantic, with the northern coast of South America delineated in detail and the West Indies identified as the Spanish discoveries of Columbus. 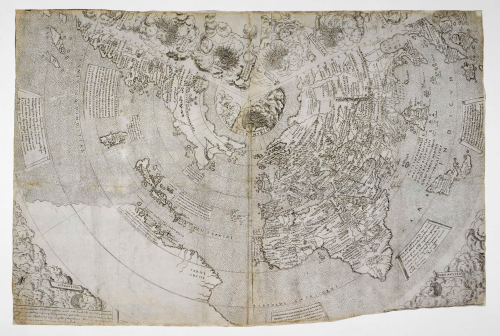 The printed cartographic depictions of the New World were soon incorporated into atlases and produced in large numbers. Martin Waldseemüller's Tabula Terre Nove issued in the Strasbourg Ptolemy edition of 1513 is one such example. The map shows a land mass with a defined eastern coastline and the unexplored interior of the New World left blank. The Caribbean islands including Isabella (Cuba), Spagnolla (Hispaniola) and Jamaiqua (Jamaica) are depicted in detail although exaggerated in size. 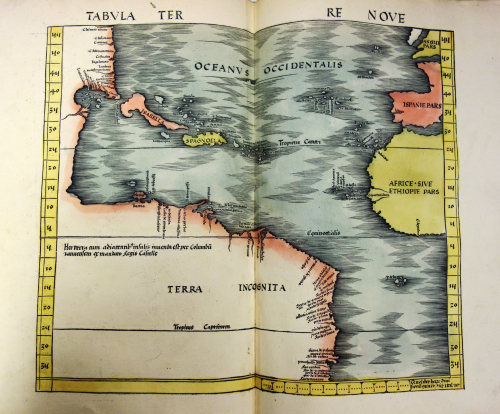 The process initiated by Columbus started a sequence of ‘voyages of discovery’ and not surprisingly was followed by the extensive exploration of the western hemisphere by other European nations venturing out in hope of establishing their colonies resulting in further mapping of the New World.

Sketchy maps displaying basic information were quickly surpassed by more detailed ones (although not necessarily accurate in modern terms) as the exploration and conquest of the newly discovered land progressed. A wealth of information gathered during these early expeditions provided mapmakers with enough detail to allow them to draw new maps and update the already existing ones. 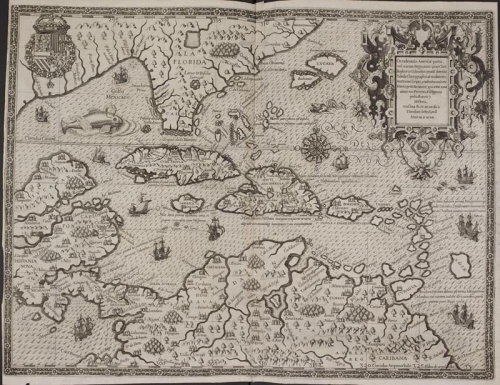 The European audiences were eager to learn as much as possible about the New World and there was a huge demand for written works on the subject. A very popular and influential series on voyages published by Theodor de Bry was richly illustrated with engravings based on the original watercolours by John White (which he drew during the 1585 expedition to Roanoke Island). Maps often incorporated images of indigenous people and their customs, flora and fauna in parts where geographical detail was lacking. This shaped the view the general public had on these distant exotic lands. 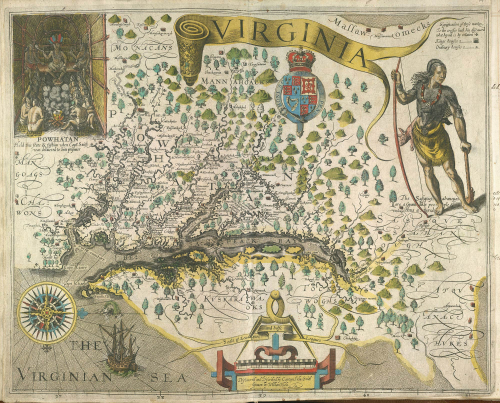 Nowadays Columbus is considered a controversial figure but his achievements transformed the world.

Posted by Magdalena Peszko at 12:42 PM