Recently the British Library map collection has been central in the discovery of a long-lost curtain wall in the Northern Defences of Gibraltar. How is it that a single map in the archives at St Pancras has impacted historical conservation work at the entrance to the Mediterranean?

Gibraltar is a British Overseas Territory, taken from Spain in 1704 and ceded in the Treaty of Utrecht of 1713. Astride the only natural entrance to the Mediterranean Sea, and dominated by its eponymous Rock, Gibraltar gave the British a good harbour and a perfect defensive position from which to protect the sea lanes upon which Pax Britannia would be built. Mounted on the cliffs of the famous Rock of Gibraltar and overlooking the only road into the rocky peninsula, the Northern Defences were built to maximize the natural advantages of the British fortress against Spanish and French attackers in the famed Great Siege (1779-1783) and in the Nineteenth and Twentieth Centuries. They were updated to protect the ‘Key to the Mediterranean’ from a hypothesized Nazi attack during World War 2, which would make use of tanks and paratroopers. After World War 2, however, the Northern Defences were abandoned by the British army, as Gibraltar burst its walls and transformed itself from a military fortress into a cosmopolitan European society. Recently, the Government of Gibraltar has sought to re-cover this heritage to make the most of its tiny (2.6 square mile) territory for Gibraltarians themselves.

I first came to Gibraltar to lead geography students from University College London on a political geography field class, studying the way past and present geopolitics came together in this geographically tiny but historically outsized territory. I quickly became fascinated with the location and began my own study of the cartographic representation of Gibraltar, using the tremendous resources of the British Library. The second time I taught the field class, I was introduced to Carl Viagas, the project manager of the multi-year effort to clean up and restore the Northern Defences. Carl cheerfully offered to take my students on a tour of the Northern Defences, which I had never seen. In doing so, he articulated their spatial logic and how he replicated that logic in order to dig out long-hidden elements of the defences from under about 5,000 tons of rubble and vegetation. The students loved it, and in Carl I sensed a fellow traveller in his love of the place’s geography. I offered to send him any particularly good maps of the Northern Defences that I came across which might help him advance the project. 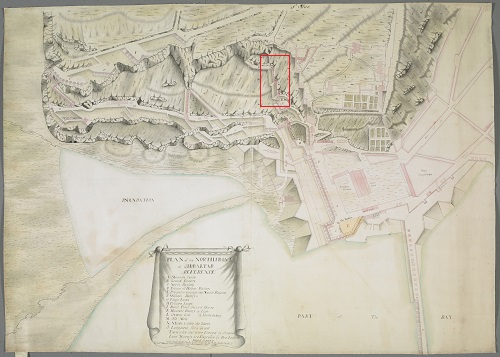 Detail of PLAN of the NORTH FRONT of GIBRALTAR by Charles O'Hara, 1756, with the location of Hanover Wall marked in red.

Back in London, I returned to the British Library and began searching through the map collection with renewed enthusiasm. As I scanned potentially useful maps I sent them to Carl. His replies: ‘Yeah, seen it.’ ‘Ah yes, a classic’. ‘A very nice one.’ Then, finally: ‘That’s brilliant mate! Never seen this one.’

Carl describes what happened next:

"Jason shared the same enthusiasm for this location and provided me with countless drawings, maps and data of the area. It was in one of these drawings where I noticed that a line of defences, even though not unique to this map, is referred to as the ‘Hanover Line’. Always keen in establishing links between Gibraltar and Germany this particular monument became a source of personal great interest.

Uncovering it would be a problem though as the area was difficult to access and there was no guarantee that there would be any remains even if the site was identified. I could not defend the expenditure of significant public funds on “possible” finds.

This suddenly changed when shuffling through a 1908 Ordnance Survey I was able to identify the lower end of Hanover Line, a line that I would have continued to ignore had it not been for my renewed interest and the new available information which Jason poured in my direction." 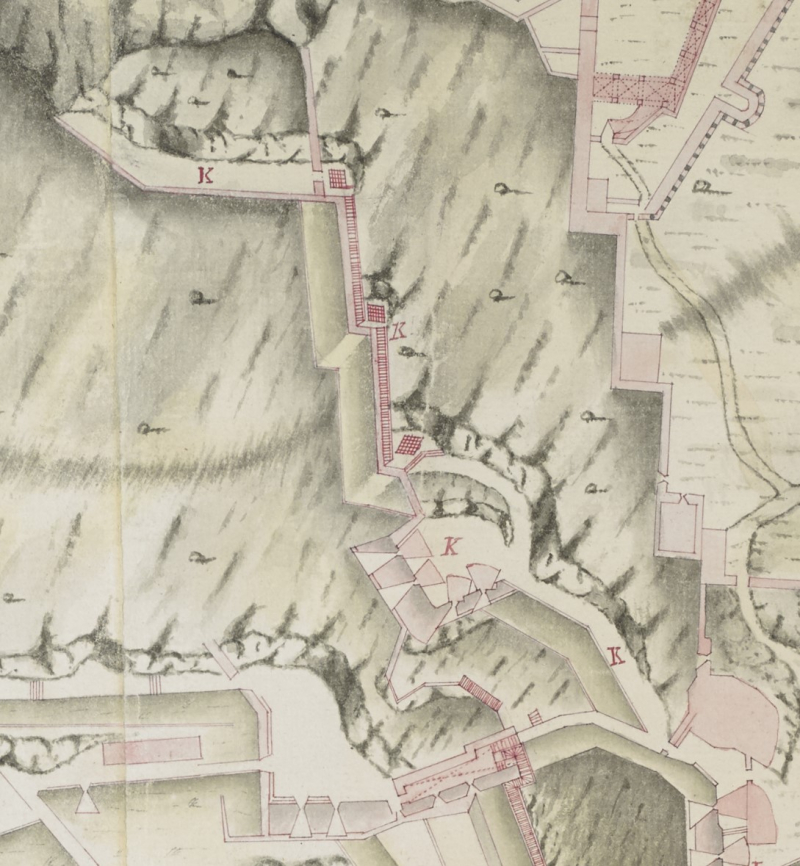 A detail of the map of Gibraltar showing the Hanover Wall

The original map in question, ‘PLAN of the NORTH FRONT of GIBRALTAR’ by Charles O’Hara (1756, from the Topographical Collection of George III or 'K.Top'), was an enclosure attached to a report from the Governor of Gibraltar about improvements to the Northern Defences that would be tested several decades later during the Great Siege. The map clearly indicated the location of the Hanover Wall, which had stretched from the Tower of Homage – the Moorish castle at the pinnacle of the defences – down to the Hanover Batteries lower down the Rock, but whose location had been lost. The Hanover Wall appears (under another name) on other maps at least as far back as 1627, when Spain held Gibraltar. 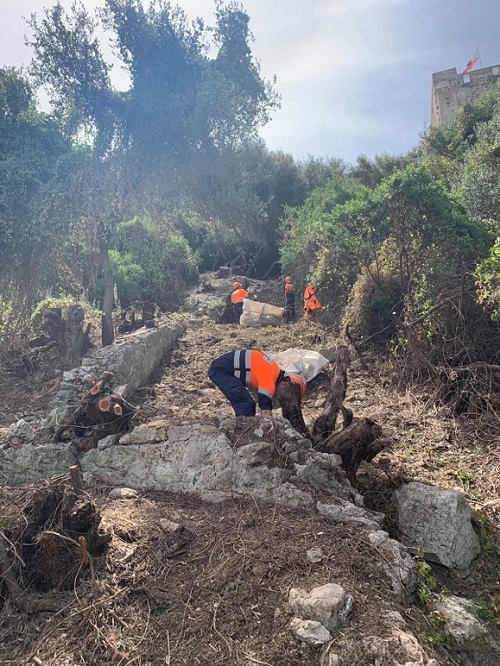 Workers directed by Carl quickly found the remains of the wall, which remained intact, although fully submerged under dirt and foliage. The efforts of these men revealed the long-lost wall, a critical part of the Northern Defences which had been lost amidst the rapid changes in Gibraltar throughout the 20th Century. 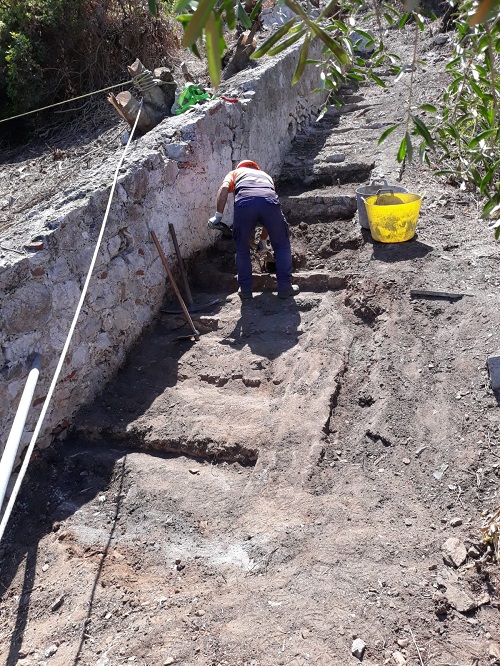 Thanks to the map collection of the British Library, it is currently being excavated and integrated into Gibraltar’s existing heritage resources. The Deputy Chief Minister, Joseph Garcia, has confirmed the Government of Gibraltar’s commitment to the project: ‘Not only does this project address our continued responsibility and commitment to our heritage and environment, but it also shows the potential to increase the value of our tourist product and social demands for open areas’.