Exactly 250 years ago today Captain James Cook ‘discovered’ the Great Barrier Reef the hard way when his ship Endeavour ran into it on the 11th June 1770 and nearly sank. The Reef is located in the Coral Sea off the north-eastern coast of Australia and stretches some 2,300 km (over 1,400 miles). This unique marine ecosystem is the world’s largest structure made of living organisms which UNESCO declared a protected World Heritage Site in 1981.

Detail from Part of the southern Hemispher[e] showing the Resolutions track through the Pacific and southern ocean’ by Joseph Gilbert taken during Captain James Cook's voyage in the Resolution through the Pacific and Southern Oceans (1772-1775) showing the coast of Australia with the Great Barrier Reef depicted as unconnected shoals and small islands. Add MS 15500, f 1

Maps and charts drawn by Captain James Cook can be found among the British Library’s collections as well as other documents related to his voyages, including Endeavour’s log book. According to the captain’s log on Monday 11 June 1770 the conditions were good with ‘fine weather and smooth sea’. Cook was aware of underwater obstacles and was cautiously navigating through the maze of rocks and shoals recording depth soundings regularly, when suddenly just before 11pm the ship collided with a rock (which he later realised was a bank of coral). 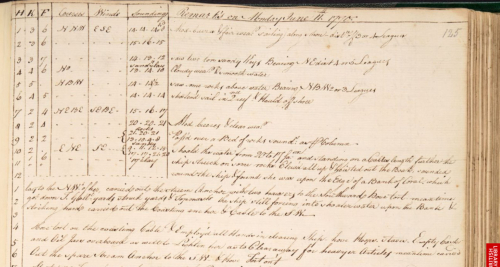 After 23 long hours of desperate attempts to re-float the ship (including throwing cannons, iron and stone ballast, casks, even oil jars, overboard to lighten the vessel) Cook and his crew finally managed to get Endeavour off the reef. They made their way to shore where on the banks of the river at the site of modern Cooktown repairs were carried out. 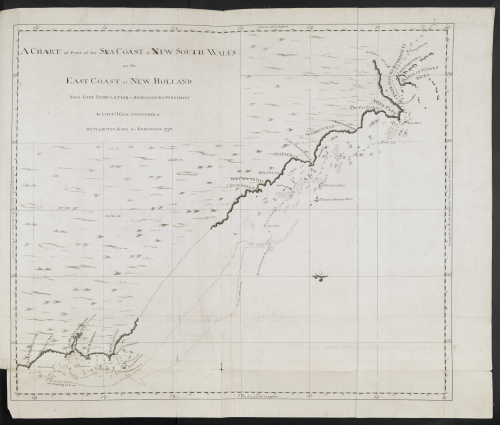 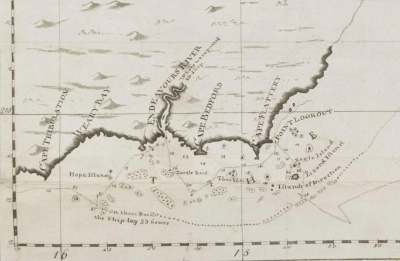 A chart of part of the sea coast of New South Wales, on the east coast of New Holland, from Cape Tribulation to Endeavour Straits; drawn by Lieut. James Cook, 1770. Second image: detail showing the locations of the incident and a makeshift harbour on the Endeavours River. Add MS 7085, f 39

Cook never fully realised the vastness of the Great Barrier Reef, nevertheless the maps and charts compiled during his voyages were extremely detailed and provided the basis for further exploration of the Australian coastal waters. They were gradually improved upon through painstaking surveys carried out over the following years by various Admiralty captains and naval officers. A series of navigational charts produced by the Hydrographic Office covering the region were constantly updated and reissued with corrections well into the 20th century. Sir David Attenborough recalls using Cook’s charts as late as the 1950s when sailing parts of the Great Barrier Reef. 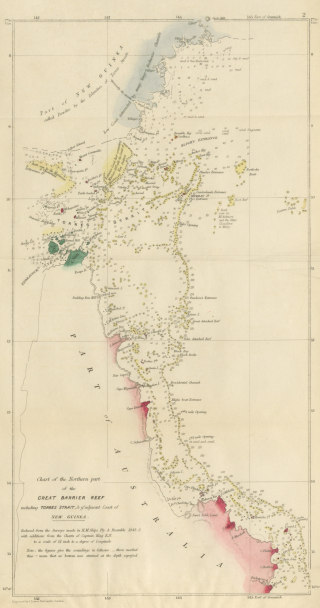 Chart of the Northern part of the Great Barrier Reef including Torres Strait & yt adjacent coast of New Guinea published in A sketch of the physical structure of Australia..., 1850. 10491.e.18 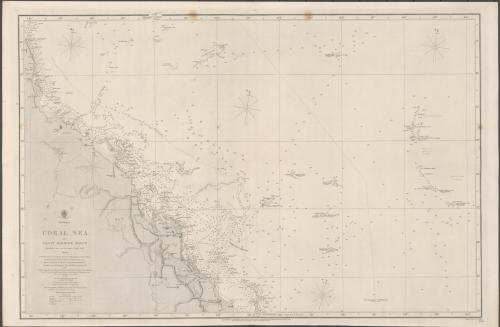 The Great Barrier Reef is home to the richest biodiversity on Earth providing feeding grounds, nursery areas and living space to countless marine species. The Reef is incredibly important not only to the oceanic life, it also helps to shield coastal ecosystems by reducing erosion and absorbing wave energy during storms and hurricanes. In recent years alarming reports about the impact that climate change has had on the Reef highlight issues such as rising sea temperatures, pollution and bleaching factors contributing to coral damage, ultimately leading to gradual languishment and death of portions of the Reef.

Maps play an incredibly important role in environmental projects and conservation initiatives which rely on the most up to date data and work closely with mapping agencies surveying the ocean floor which help scientists to understand and address the issues posed by the challenges climate change.

Posted by Magdalena Peszko at 3:57 PM