Runnymede - a history in maps

Magna Carta, one of the world’s most significant legal documents, was 805 years old yesterday. The charter, which addressed the feud between the crown and rebel barons, was signed by King John on 15 June 1215 in the Thames meadow of Runnymede near Windsor. 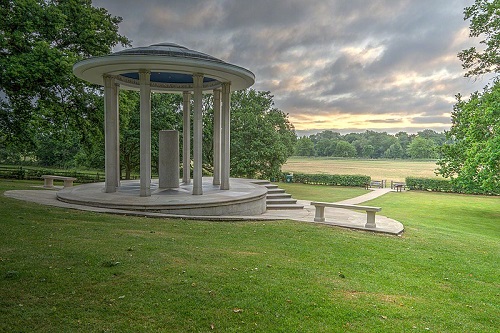 Today this meadow is known as the ‘birthplace of modern democracy’ and steeped in history and significance. Yet the historic site of Runnymede makes only a limited appearance in historic maps. The issue is partly, of course, one of scale; it's not easy to show something as small as a single field in a map of Britain, or even a county map. But even then, important sites will find their way onto maps if they are significant enough.

So what happened to Runnymede? It doesn’t appear on the Matthew Paris itinerary map of Britain produced only 35 years after the event. It doesn’t appear in any 16th or early 17th century printed county maps, and it is particularly strange for Runnymede not to appear in John Speed’s 1611-12 county map of Berkshire. Speed wasn’t so much a mapmaker as a historian and antiquarian following in the footsteps of his mentor William Camden in unearthing Britain’s early history. Speed’s atlas The Theatre of the Empire of Great Britaine was stuffed full of historical images and references, but there is no mention of Runnymede on the map or in the text.  (Speed's sources included manuscripts in the Library of Robert Cotton, now part of the British Library, which would acquire two of the four surviving copies of Magna Carta shortly after Speed’s death in 1629). 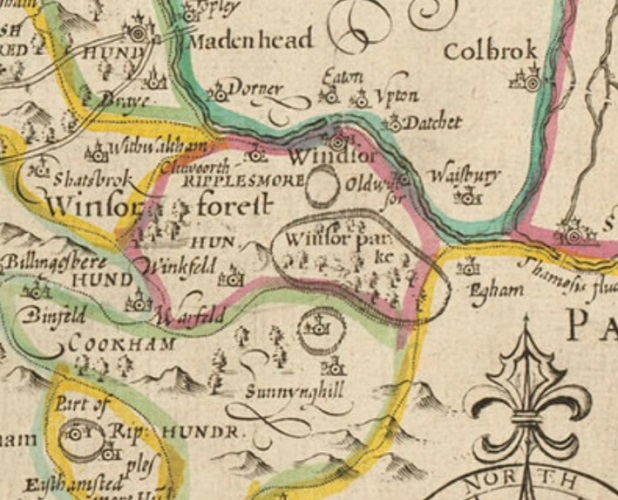 The absence of Runnymede from Speed's map certainly doesn’t mean that Magna Carta was not important in the 17th century. On the contrary, the charter was extremely prominent, used and interpreted in public life. This may be the key to why Speed didn’t mention it: because it was wielded by opponents of Speed’s patron, King James I, as proof against the divine right of monarchs. The issue of divine right would ultimately lead to the execution of James's son Charles I in 1649. 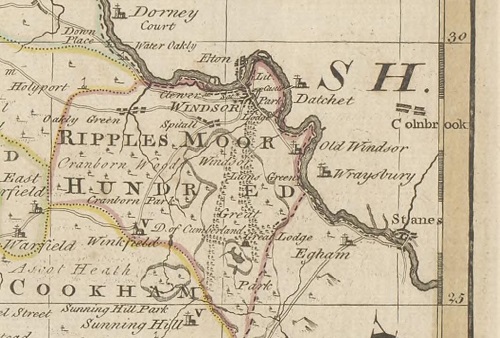 Detail from Thomas Kitchin, Berkshire, from the best authorities... c. 1747.

The continuing significance of Magna Carta did not transfer to its place of signing, which continued to be absent from 18th century maps such as the compendious Berkshire map from Bowen and Kitchin’s Large English Atlas from the late 1740s.

However, the establishment of a minimum ideal scale for maps - one inch to the mile - as set by the Society of Arts and their competition aimed at encouraging high quality county maps from 1759, provided the necessary level of detail for Runnymede to appear. It appears on Lindley and Crossley's large map of Surrey of 1793. And in the 2 inch to the mile drawing of 1811 by one of the early Ordnance Surveyors, Runny Meade is marked, as is Magna Charter Island. They are described with typical OS dryness, in the same way as every other island and meadow. 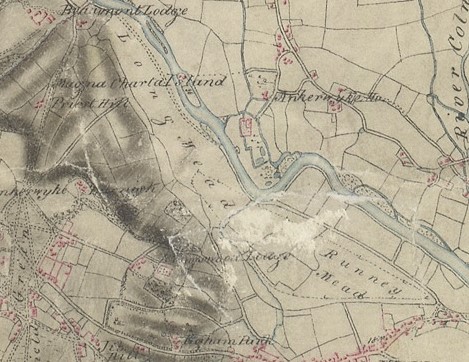 Detail from an Ordnance Surveyor Drawing of part of Surrey, 1811 (Maps OSD 153)

It was only in the early 20th century that Runnymede acquired a distinct identity, when the requirement for a site-specific memorial to Magna Carta emerged. The National Trust acquired it in 1929, and from around that time it began to appear on maps which explicitly referenced its significance. It appeared particularly in pictorial maps and tourist maps, following the rise of mass tourism in Britain and from the United States. Runnymede became, like the surviving copies of the original charter, emblematic of keenly held 20th century principles of democracy and liberty. 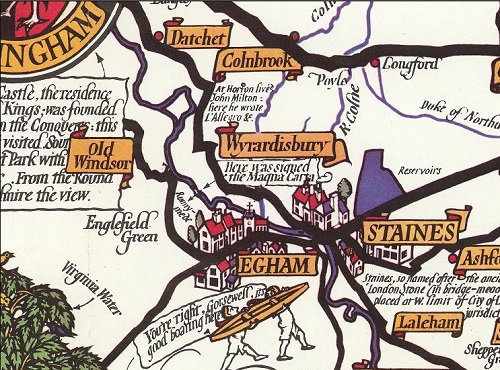 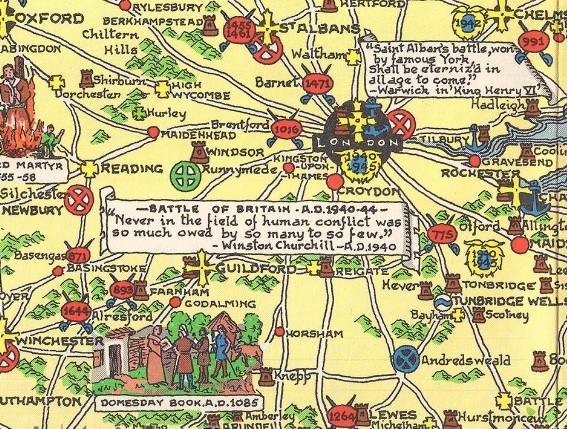 Detail from J.G. Bullock, Historical map of England and Wales, 1961.

There is certainly nothing unusual in Runnymede only acquiring significance many centuries after the event that made it significant occurred, just as there is nothing unusual in the principles contained in Magna Carta being modified to provide historical reassurance for successive eras. History is constantly being rewritten in order to fit the circumstances of the present. Objects such as charters, maps, even buildings and statues, are focal points for this shifting sea of history that doesn’t flow around them, but carries them along with it.