Survey of the River Euphrates

Growing interest in natural sciences in the 19th century resulted in the establishment of many scholarly societies devoted to the study and promotion of the advancement of specific disciplines, particularly geography. At this time military surveys were recognised as an instrumental administrative tool in generating data in order to produce accurate maps and charts describing physical features to aid communication, administration and commerce. The scholarly societies were often closely allied with colonial exploration which led to ambitious expeditions and scientific inquiries. 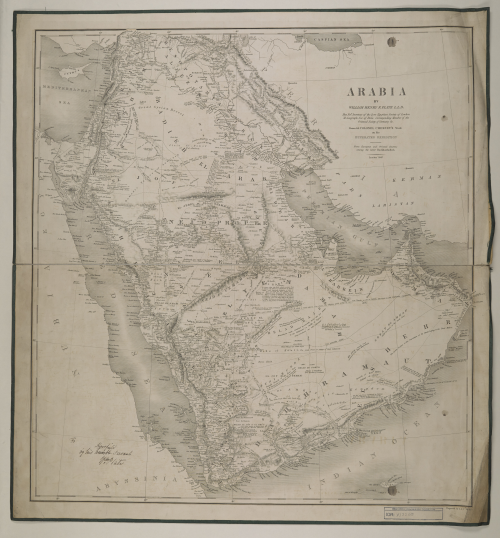 One such example was the Euphrates expedition of 1836 lead by a British army officer Colonel Francis Rawson Chesney. The main objective was to establish a route “between the Mediterranean Sea and His Majesty’s possessions in the East Indies by means of a steam communication of the river Euphrates”. Finding a shorter route to India was the hot topic of the time. The East India Company sought a suitable solution to cut down the travel time between England and India. Chesney was involved in initial surveys in Egypt and the Middle East in the late 1820s where he investigated the possibility of passage to India via the Red Sea. In 1829 he submitted a report advocating the construction of the Suez Canal. He also brought to attention the feasibility of steam communication with India through the Euphrates. The king William IV himself expressed a desire that the route by the Euphrates to India should be put to a practical test. 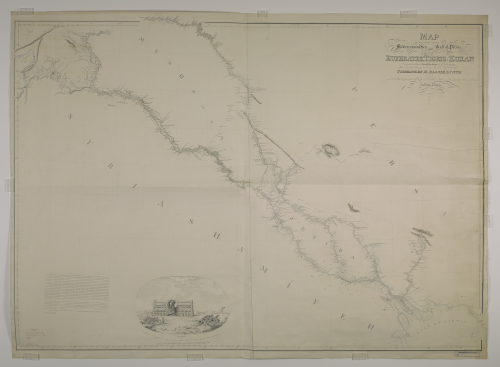 Map of the countries between the Mediterranean Sea and the Gulf of Persia on the line of the Euphrates, Tigris, Kuran ... from the original Surveys made by the late expedition under Commander H. Blosse Lynch. 1847. IOR/X/3140

In late 1834 when Chesney received funds for the expedition he assembled a capable group of naval and military officers including the explorer Henry Blosse Lynch of the Indian Navy and a geologist William Francis Ainsworth, president of the Royal Physical Society of Edinburgh. He also selected workmen from the Royal Artillery, Royal Sappers and Miners qualified in steam machinery, surveying and drawing.

Two prefabricated iron-steam riverboats constructed in Liverpool by John Laird and Company were ingeniously designed to allow for the components to be shipped from England to the Eastern Mediterranean and transported overland nearly 140 miles to Bir (Birecik in modern Turkey). There the ships were assembled on the banks of the Euphrates in a makeshift shipyard. Before the expedition departed, the president of the Board of Control for India, Lord Ellenbourgh, issued a clear instructions reminding Chesney that he should “always bear in mind that [the practicability of navigating the Euphrates] is the one object of your expedition, and that scientific inquiries, however interesting, are no to be allowed to detain you”. But the survey was so much more than just a geographical inquiry. It was an unusual mix of military, commerce, scientific, even Biblical historical study. Yes, as strange as it sounds along with other observations the officers investigated the probability that “the country about the sources of the Euphrates and Tigris was the seat of Paradise”! (as described in Chapter XII of Chesney’s The Expedition for the survey of the rivers Euphrates and Tigris… published in 1850). 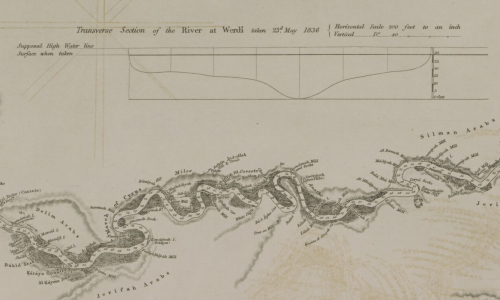 The main task of determining the depth, current and state of the river Euphrates was carried out carefully. The officers made magnetic observations, recorded information on phenomena of geography, physics, meteorology, gathered geologic specimens and recorded archaeological sites.  This wealth of data was included in Chesney’s publication and the gathered data was used in the compilation of detailed charts of the region’s waterways from the Mediterranean to the Persian Gulf. 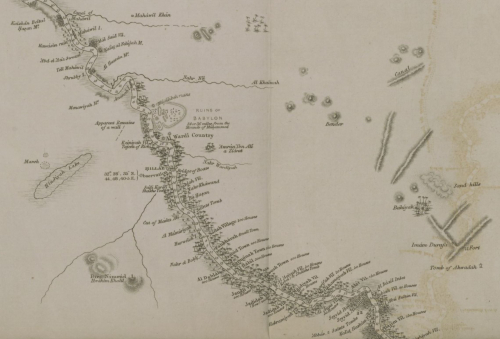 Detail showing ruins of Babylon from map VIII. The River Euphrates from the Kuthah River to El Wuja Island and Village also the River Tigris from the Abu Hitti Canal to Judifah Island … Published by Col. Chesney, 1849. X.570. 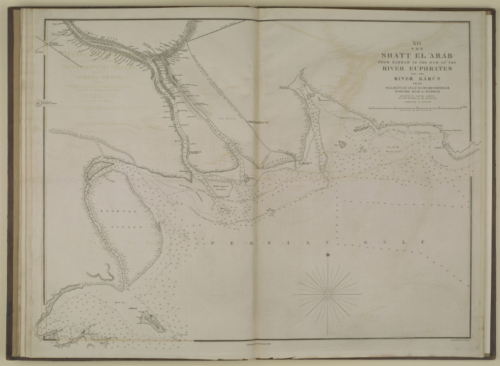 The Shatt el ‘Arab from Basrah to the bar of the River Euphrates and the River Karun from Salmanah Isle to Mohommerah with the Bah-a-Mishir surveyed by Colonel Chesney and the officers of the expedition. Published by Col. Chesney, 1849. X.570.

The Euphrates project was shelved and the shorter route to India was eventually established in late 1869 via the Suez Canal. Nevertheless, the Chesney’s survey is an invaluable source of information which provides in depth insights into the region’s hydrography which changed significantly in the 20th century due to major irrigation, drainage, and desalinization projects.

Posted by Magdalena Peszko at 1:33 PM