The history of cartography: shining a light

The University of Chicago Press’s History of Cartography project reached another milestone in its 40-year history a few weeks ago, with the publication of volume four: cartography in the European Enlightenment. Congratulations to its editors and contributors. 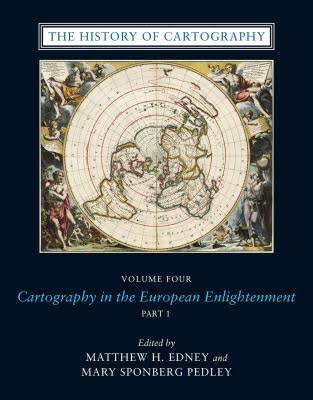 Cover image of the History of Cartography volume four (University of Chicago Press), published in 2020

Devised in the late 1970s by the historians JB Harley (1932-1991) and David Woodward (1942-2004), the project envisaged a six-volume history of maps and mapping. Volume one (European prehistory, Classical and medieval mapping) came in 1987, followed by Volume two, the cartography of non-European societies (1992), volume three, the European Renaissance (2007), and volume six, the twentieth century (2015). The final volume, covering the nineteenth century, is in production.

What was so ground-breaking about the project was its aim to understand maps in their contexts, treating them as social objects created by, and in turn influencing, the people and societies who made and used them. This was a ‘between the lines,’ critical history of maps. Shining a light on them. Calling them to account.

With the exception of volume four, the History of Cartography is available as free online PDFs. So if you have the time and space to educate yourself, particularly with reference to the current protests following the killing of George Floyd by Minneapolis police officers, it’s a good place to start.

For example, you might like to look in colonial maps of the 17th centuries and beyond at the issue of what Harley termed ‘silences’ in maps. Often what is absent from a map can be as insightful as what is actually shown. This is nowhere clearer than in maps of British India and North America, the latter including little or no indication of the slavery upon which colonial institutions were built (I recently referenced this in a discussion of Farrer's map of Virginia, below). You might also wish to look at the Cartography in the Twentieth Century to see how the use of maps by the powerful and privileged often led to greater levels of injustice and inequality.

For example, Jeremy Crampton’s essay on maps and the social construction of race (pages 1232-1237), and particularly Amy Hillier’s summary of the insidious 20th century practice of redlining (pages 1254-1260). Redlining was US location-based housing discrimination which figuratively and literally drew red lines around urban districts that were deemed undesirable to provide housing insurance or mortgages to due to the racial composition of their borrowers and owners. The effect was to drive these areas and the people living in them into the ground. The practice was outlawed in 1977. But the impact of it, and the racist attitudes at the heart of it, remain prevalent in 2020.