For centuries scholars speculated about the Earth’s composition with many believing that our planet’s centre was occupied by an eternal inferno. By the mid-17th century geographers were attempting to describe man’s physical environment and maps played an important part in this process. The great minds were interested in and studied simultaneously a wide range of subjects including natural sciences, medicine, philosophy and religion during this era. This universal approach resulted in some rather unusual (even bizarre by today’s standards) theories – a combination of scientific and theological concepts. 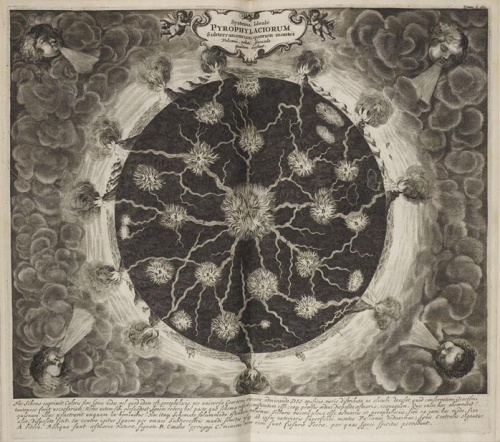 One such fascinating work held by the British Library is Mundus Subterraneous (Subterranean World) compiled by the Jesuit scholar Athanasius Kircher. Published in 1665 in two volumes this pioneering work on the physical geography of the Earth fully embraced the comprehensive scholarship approach. Mundus Subterraneous was intended as a compendium of universal knowledge. Now it is not only a brilliant example of the range of scientific subjects of interest that a 17th century scholar would undertake, it more importantly demonstrates that around this time maps were recognised as a powerful scientific tool. In order to support his complex theories Kircher included in his work a series of maps providing an explanation of terrestrial phenomena. He based his thesis on various sources ranging from the classical authors and travel accounts including those sent by missionaries in the Andes in South America, as well as his own observations. His first hand investigation of the about-to-erupt Vesuvius crater demonstrates he was not just a typical armchair scholar, he actually had an inquisitive mind and whenever possible took the opportunity to expand his knowledge. 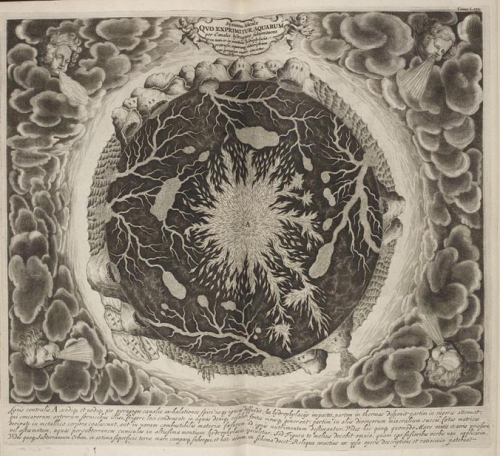 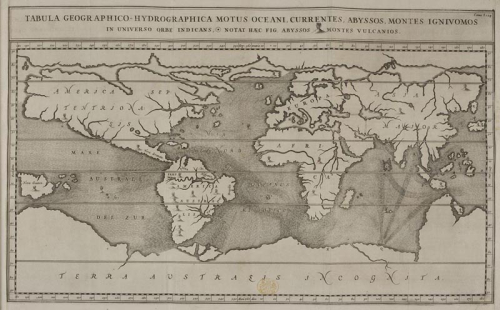 Kircher’s spectacular work contains maps which along with recognisable geography display some unusual features. In his vision of the surrounding world he considered the Earth as the centre of the Universe. In order to explain the surface features and geographical configurations observed in different parts of the world he proposed the existence of a network of subterranean communications – a system of channels which allow flow of the three elements: water, air and fire. Several maps in his work depict the Earth’s interior showing these underground structures. 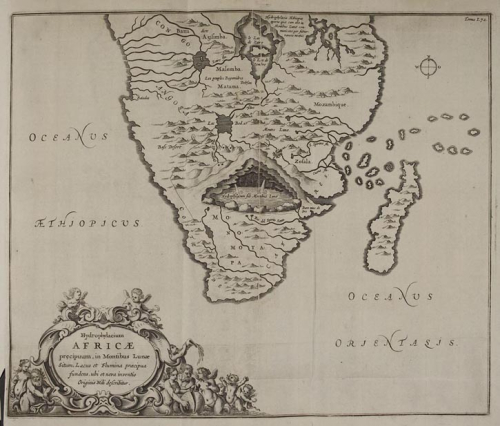 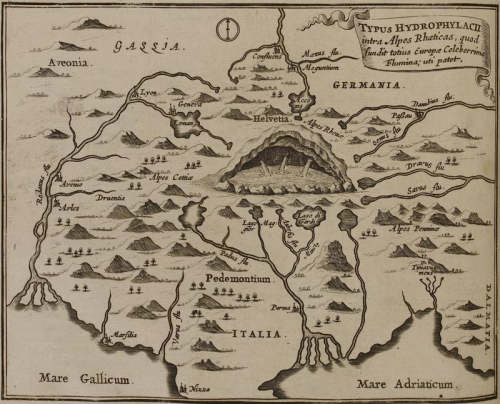 The subjects explained in the accompanied cartographic material include the underground distribution of fire, the mechanics of volcanos and the existence of hot springs. The maps in Kircher’s book also depict the subterranean origin of lakes and rivers, and the circulation of water in oceans including the currents and whirlpools (providing the Norwegian maelstrom and the whirlpools in the Polar Regions as examples). 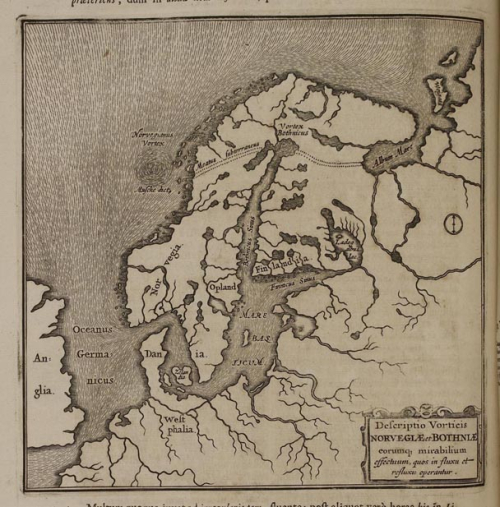 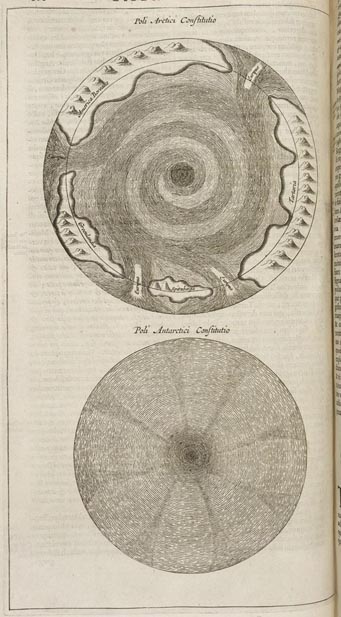 With its bold new scientific theories and the beautifully engraved maps Mundus subterraneus was a huge success and was re-published several times. Kircher’s work popularised the use of cartographic materials in publications on natural sciences and influenced the development of the Earth sciences including geology, hydrology and geophysics.

Posted by Magdalena Peszko at 12:03 PM