We held our just-for-fun World Map World Cup during the week of 6 July. 16 carefully selected world maps (drawn from a considerably longer long list) produced from between the 11th and 20th centuries, taken from the British Library map collection, voted for by you in a series of Twitter polls. You can look back on the selection in previous blog posts here. 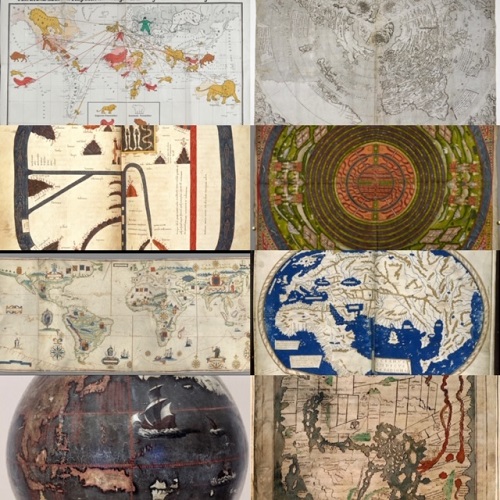 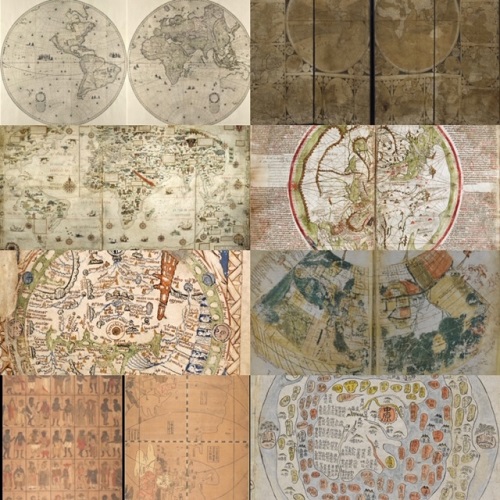 For those of you not on Twitter, here’s how the voting panned out. 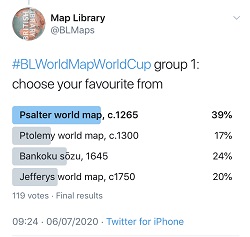 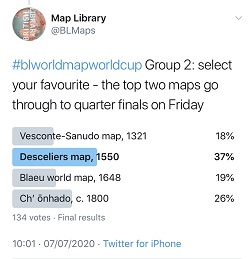 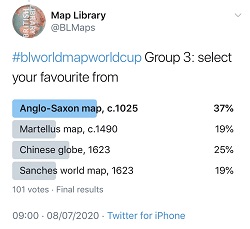 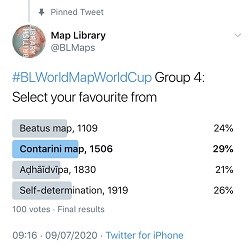 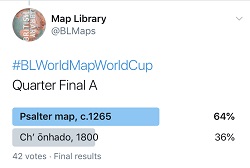 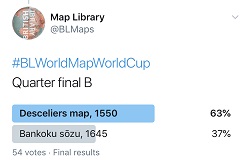 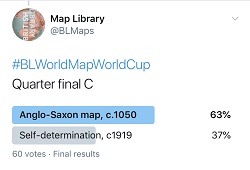 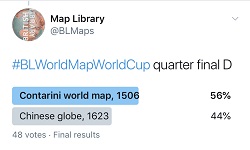 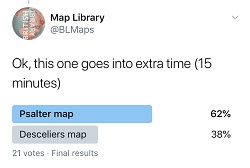 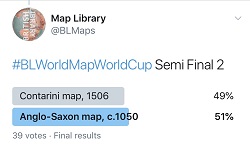 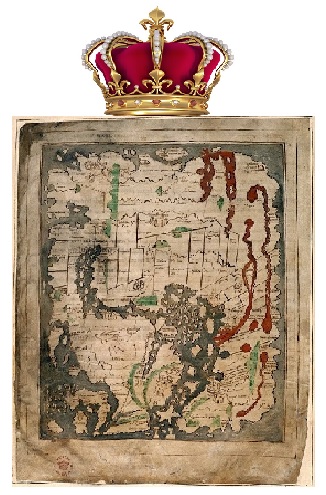 What did our mini map tournament tell us? Well, apart from “don’t even attempt to do an online Twitter tournament unless you are really organised and ever so slightly unhinged,” here are five key points that stood out:

The voting was remarkably even, with all maps receiving at least 17% of every vote. This is really interesting for what it says about your broad appreciation for a wide range of historical mapping - even the comparatively abstract Ptolemaic maps.

I was keen to bring in as many non-western maps as possible to the table. Whilst this did tilt the balance (there are overwhelmingly more European than non-European maps in the British Library collection, and Islamic cartography is very poorly represented), where these went head-to-head with non-European maps, the Japanese, Chinese and Korean maps won almost every time. The Korean Cheon’hado's victory over Blaeu’s great Dutch 'Golden Age' map stood out particularly strongly.

Not only did a medieval map win, but it was an all-medieval final. And, with the exception of the 1506 Contarini map, an all-medieval semi final draw. For two medieval maps not to make it through the group stages was something of a world cup upset (think France, football World Cup 2010). Perhaps medieval maps were comparatively over-represented, but it’s difficult to argue against this given their astonishing rarity and capacity for insight. Do not mess with Medieval Twitter!

4. You value historical significance over beauty

In the final head-to-head you had the choice of the delicate beauty of the Psalter map over the rugged historical weight of the Anglo-Saxon map, The latter won through.

5. And finally…. accuracy nowhere in sight

The map you voted the British Library’s favourite is one of our least ‘accurate’ maps in the modern conventional western sense. Despite the seeming obsession with mathematical accuracy in maps (and its particular value to the digital humanities), it isn’t the be-all-and-end-all. You said it.

Thank you again for participating, as always it couldn't have happened without you.