10 things you may not know about the King's Topographical Collection

We have just released 18,000 digital images of early maps and views from the Topographical Collection of George III  for you to peruse and study.

As far as private and royal map collections go, the K.Top is one of the most well-known and best preserved of those assembled before the mid-19th century.  It's also one of the more unusual and idiosyncratic due to its inclusion of a variety of other items besides maps and views (collectively known as 'ephemera.'). And it has an interesting custodial history following its presentation in the 1820s. Here are ten things you may not know about it.

1. A single piece of acquisition evidence survives for the collection, an invoice for a map of New Hampshire of 1761 (Maps K.Top 120.25) made out by the mapmaker Thomas Jefferys to the King's advisor the Earl of Bute.

2. The collection includes many official and governmental maps (such as this map of part of the coast of New England) which were presumably lent to the King for consultation but for one reason or another not returned. 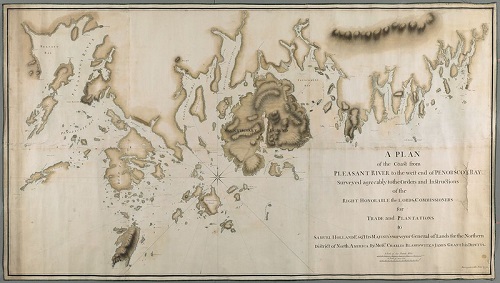 3. The bulk of the collection of single-sheet maps and views are contained in 250 massive guard volumes that were created in the 1960s.

4. The collection is a distinct part of the larger King’s Library, but a number of volumes were separated from it and are now housed in the King's Library proper. Other items also found their way into the Western Manuscripts collection and the British Museum's Department of Prints and Drawings.

5. 'Top' stands for 'Topographical'. There’s also a Maritime (also in the British Library) and a Military collection (part of the Royal Collection in Windsor). However and most helpfully, the Topographical Collection also contains sea charts and military charts.

6. The king is rumoured to have kept the maps adjacent to his private chambers in Buckingham Palace.

7. Prior to 1828 the collection was given a geographical arrangement, which involved dismembering and redistributing of the contents of bound atlases including at least two Italian made-to-order atlases of the 16th century.

8. It includes the largest atlas in the world up to 2012, the Klencke Atlas.

10. A number of maps thought to be by the 16th century Flemish mapmaker Abraham Ortelius, including this map of Ancient Britain, were recently discovered to be late 17th century pirated copies after Ortelius, probably by the English mapmaker John Overton (see the notes to Maps C.49.e.74 for further information) . 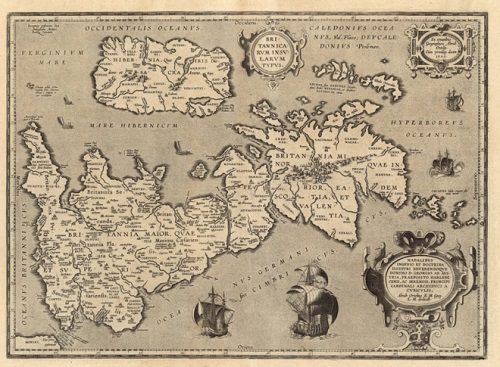