As we celebrate making a large section of the King’s Topographical Collection (K.Top) accessible via Flickr and Explore, it seems a good moment to look back on how we reached this point.

Visual items such as maps, drawings, prints and plate books are some of the most valuable and vulnerable items in library collections, and yet most are not widely known.

Nineteenth century British Museum catalogues briefly listed K.Top by place depicted. We hope that a wider, fuller and more integrated approach will open up the collection to cross- and interdisciplinary research, now possible from home, worldwide. 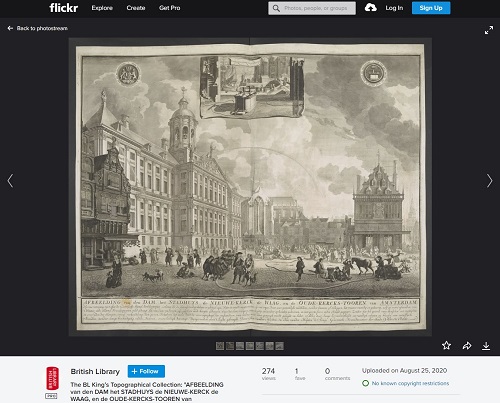 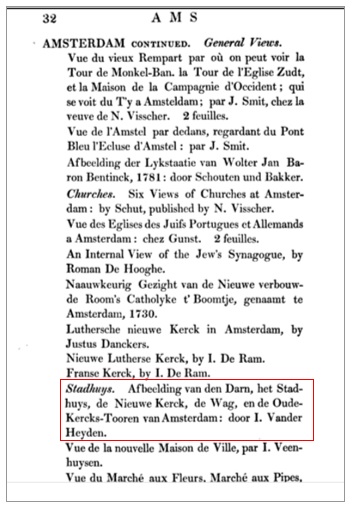 Catalogue of Maps, Prints, Drawings, Etc. Forming the Geographical and Topographical Collection Attached to the Library of His Late Majesty King George the Third, and Presented by His Maj. King George the Fourth to the British Museum, London, 1829, Volume 1, p.32 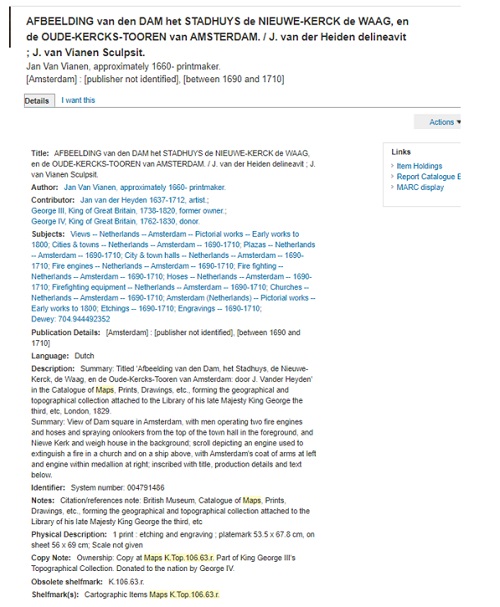 Current Explore record. We retain and layer both former catalogues’ descriptions where applicable, now expanded with data so that what is depicted beyond place is discoverable for the first time. We include searchable names for those involved in the production and ownership of the item including artists, cartographers, printmakers, publishers, previous owners and dedicatees, transcribed titles, publication details, description of the scene/object/map, including decorations such as armorials and cartouches, reference to selective secondary sources, co-ordinates of the place represented for views/the coverage of maps, subject headings, plus searchable medium and genre terms using GMGPC and LCSH, curatorial notes such as reference to related works in other collections, links when items are part of a series, and copy-specific information (condition, security stamping, annotations, bindings etc). Exhibition and conservation histories are noted where they were known to the cataloguers, but they should not be taken as definitive.

Since 2013 16,226 K.Top prints and drawings and 12,149 maps have been catalogued as single records. Just 400 maps await full cataloguing; while this is work in progress there will be some duplication and anomalies on Explore.

How did we get here?

We began cataloguing in 2013, Peter asking me to oversee views and my colleague Tom Harper to oversee maps. We appointed Alex Ault (happily still with us, now in Modern Manuscripts) and Mercedes Ceron for prints and drawings, and Kate Marshall and Magdalena Kowalczuk for maps.

As Peter retired in 2015 I became curatorial lead of the project, and cataloguers from then on mastered describing both visual and cartographic materials, on a bibliographic system (MARC records on Aleph). Overcoming the challenges this sets has been one of the greatest learning curves for the Library. We then appointed Oliver Flory, Grant Lewis, Mercedes Ceron (again), then Rebecca Whiteley, and later Marianne Yule, working with successive project officers Sileas Wood, Tom Drysdale and Tamara Tubb.

All were appointed on short term contracts funded by generous donations. The department became a hive of activity, ever ready to adapt to unfamiliar materials and systems and coach each other, and produced an average of 15 records a day each while finding time to contribute to other Library work. It was truly inspiring to oversee a team with knowledge beyond place to include costume, natural history, anatomical art, architecture and antiquarianism.

The collection is presented as plate books, atlases and single sheets mounted into large albums by place depicted: it can be tricky to remember that an item related to the one you are cataloguing is found elsewhere, possibly in an item that you or your colleague looked at days or months ago. As the cataloguing and digitisation progressed making these connections became easier, but there will inevitably be data we have missed.

It has also been particularly rewarding to work with PhD students: Jeremy Brown, who undertook a collaborative PhD on Italian maps in the collection and later worked as a cataloguer, Fred Smith, who also joined as a cataloguer having undertaken a PhD placement cataloguing an album of Charles I’s prints, and Emily Roy whose PhD placement involved analysing, visualising and digitally mapping the new K.Top metadata.

Many thanks too to MA students from UCL and Leicester University, Xiaojun Xie, Disi Wu and Yiyun Gong, who joined us on work placements and provided valuable assistance to the project. Xiaojun processed our digital images, and Disi and Yiyun helped with cataloguing and georeferencing

The project overlaps and coincided with the publication of a catalogue raisonné of the Paper Museum of Cassiano dal Pozzo. By permission of the Warburg and Royal Collections and the hard work of Victoria Morris in converting the records to MARC, we now also feature Mark McDonald’s full and expert cataloguing of all of Cassiano dal Pozzo’s prints at the British Library.

We hope that our new records and images will highlight the visual resources we hold as a global resource and the potential in revisiting and cataloguing images in greater detail than is usually attempted in a library environment.